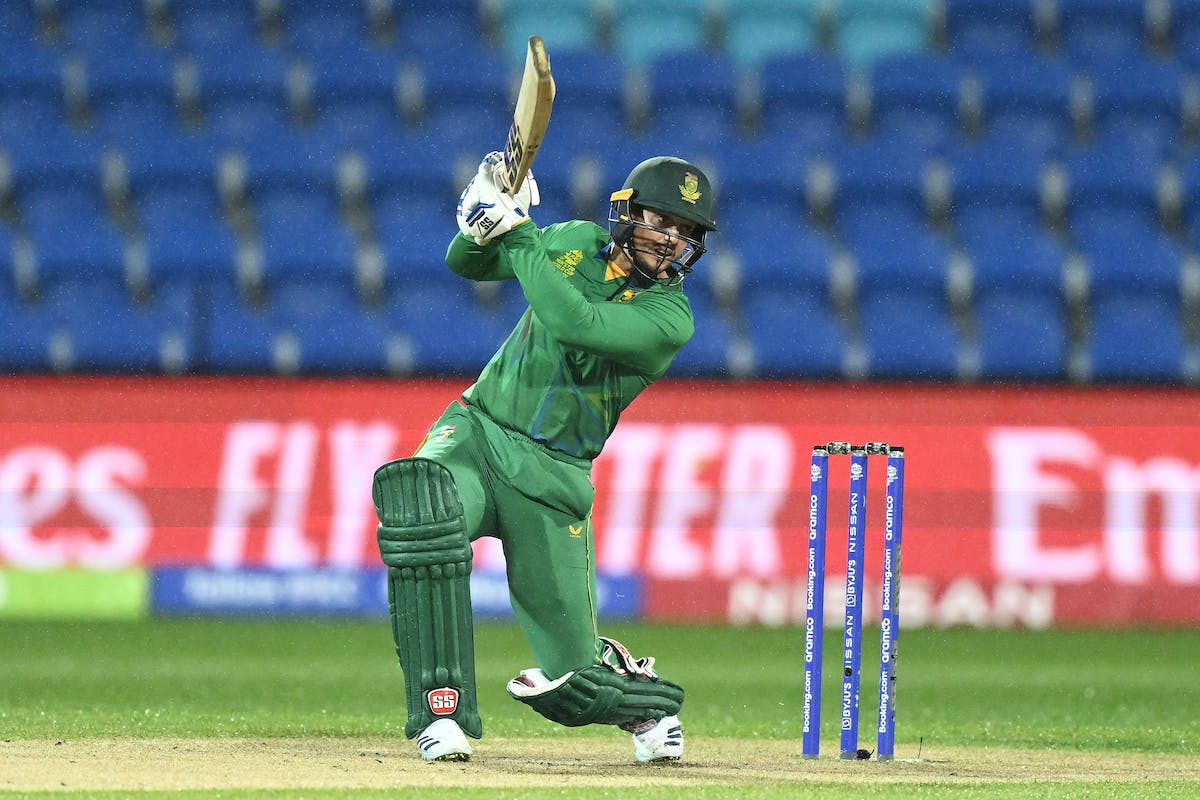 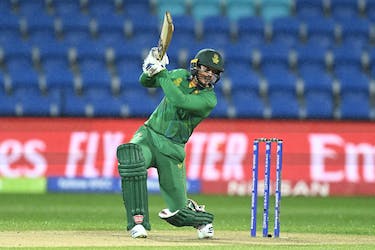 South Africa and rain in the World Cups is a heartbreaking story! In their first match of the Super 12s featuring the clash of the neighbours as they locked horns against Zimbabwe, rain had the final say as, despite all the efforts of the umpires and the ground staff, relentless showers resulted in the match being abandoned with the Proteas needing 13 runs.

On the other hand, Bangladesh edged past the Netherlands by nine runs in a riveting contest that powered them to their first win in the second round of the T20 World Cups in 17 attempts. While Taskin Ahmed was the star of the show for the Tigers with four wickets in the second innings, Bangladesh would rely on their skipper to showcase his skills and guide the team over the line in this crucial encounter.

The two sides will clash in the first match of the triple header, and with the stakes rocketing sky-high, it promises to be a blockbuster.

In the 24 innings played thus far at the Sydney Cricket Ground, the average first-innings total batting first is around the 165-run mark, and the average winning total is 180 runs.

Out of the 125 wickets to fall at this venue, the fast bowlers have picked 79 wickets, which is almost 63.2 percent of the total wickets compared to 36.8 by the spinners.

On average, the pacers scalp 3.3 wickets per innings compared to two by the spinners in the shortest format at the SCG. 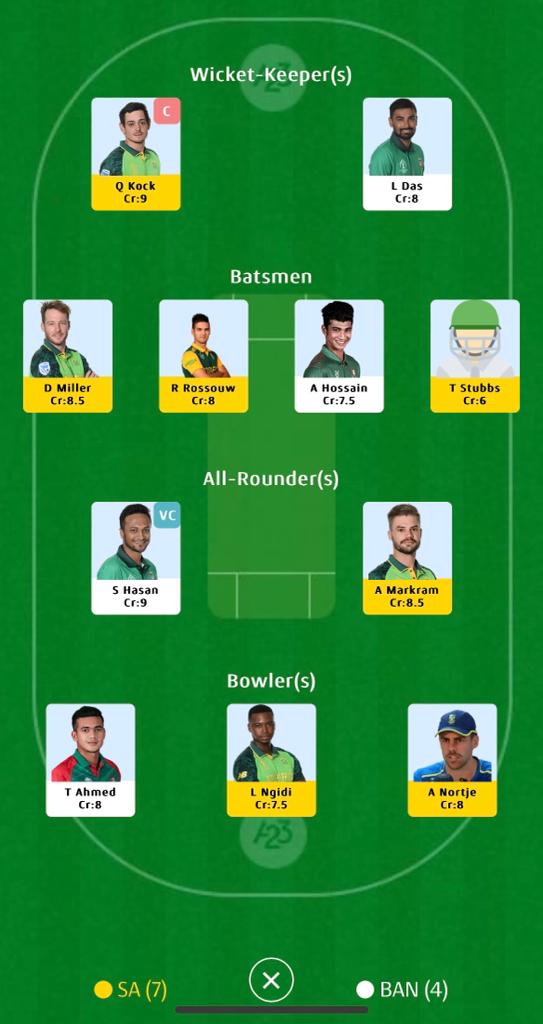 In the seven T20Is played between the two sides thus far, South Africa have registered wins in all the matches and have a win percentage of 100.

Quinton de Kock started the tournament in an emphatic fashion as he smashed an unbeaten 48 off 18 deliveries in the opening clash against Zimbabwe to help the Proteas get inches closer to the target.

The wicket-keeper batter is the third-leading run-scorer for the side since the last World Cup, with 252 runs in 11 innings at an average of 28 and a strike rate of 140. With Temba Bavuma struggling for runs, the onus of the side will rely on de Kock, and he has showcased glimpses of his talent in the first outing.

Another key player for the Proteas will be David Miller in the middle order. The South African batter is in sublime form in the lead-up to the World Cup and is the second-leading run-getter for the side since the 2021 World Cup.

Shakib Al Hasan, who is featuring in his eighth T20 World Cup, will be crucial to Bangladesh's chances in the Super 12 with his all-around abilities. He is the leading run-scorer and the wicket-taker for the side, and having him as the captaincy or vice-captaincy option will help you gain maximum points.

In the first match against Zimbabwe, Lungi Ngidi scalped two wickets in his two overs to dent the opposition early in the innings. With the wickets in Australia set to assist pace and bounce, Ngidi will be critical for the South African outfit in their bid to rattle the opposition with wickets upfront.

Bangladesh will rely on their premier fast bowler, Taskin Ahmed, to dismantle the Proteas bowling unit in the powerplay. The right-arm pacer will set foot at the SCG in prime form after his four-wicket heroics against the Netherlands. 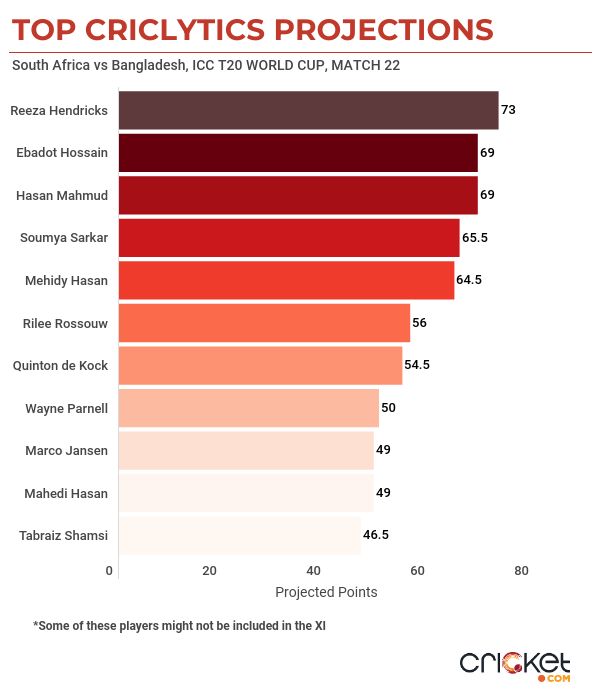