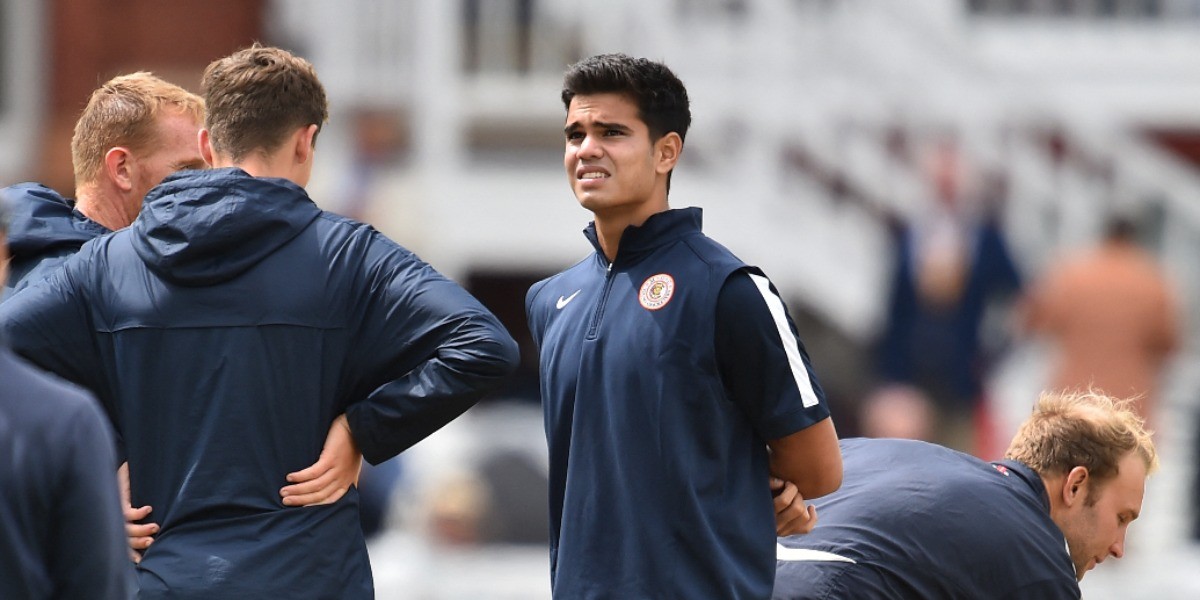 Arjun Tendulkar's entry to the team was criticised by a section on social media, which felt he got an undue advantage only because he was the son of the cricket icon

Actor-filmmaker Farhan Akhtar on Saturday said those calling cricketing great Sachin Tendulkar's son Arjun's selection in the IPL as a sign of "nepotism" are being "cruel" to the young player.

Arjun Tendulkar was bought by Mumbai Indians for Rs 20 lakh at the Indian Premier League (IPL) auction on Thursday.

The left-arm pacer had entered the auction with the base price of Rs 20 lakh and was sold at the same price to the five-time IPL champions.

His celebrated father, Sachin Tendulkar, had played for Mumbai Indians for five editions, beginning from 2008 when the IPL was launched in the country.

Arjun Tendulkar's entry to the team was criticised by a section on social media, which felt he got an undue advantage only because he was the son of the cricket icon.

Akhtar came out in support of Arjun Tendulkar in a post on Twitter, saying that his enthusiasm shouldn't be killed with unfair comments.

"I feel I should say this about Arjun Tendulkar. We frequent the same gym and I've seen how hard he works on his fitness, seen his focus to be a better cricketer.

"To throw the word 'nepotism' at him is unfair and cruel. Don't murder his enthusiasm and weigh him down before he's begun," the 47-year-old "Bhaag Milkha Bhaag" star wrote.

Arjun Tendulkar was the last player to go under the hammer during the auction and there was one bid for him and that was by Mumbai Indians.

The 21-year-old recently made his senior Mumbai team debut when he played in the Syed Mushtaq Ali Trophy, the national T20 championship, against Haryana.

So far, the left-handed batsman and left-arm pacer has played two matches for Mumbai in the T20 format, in which he has scored three runs and taken two wickets.