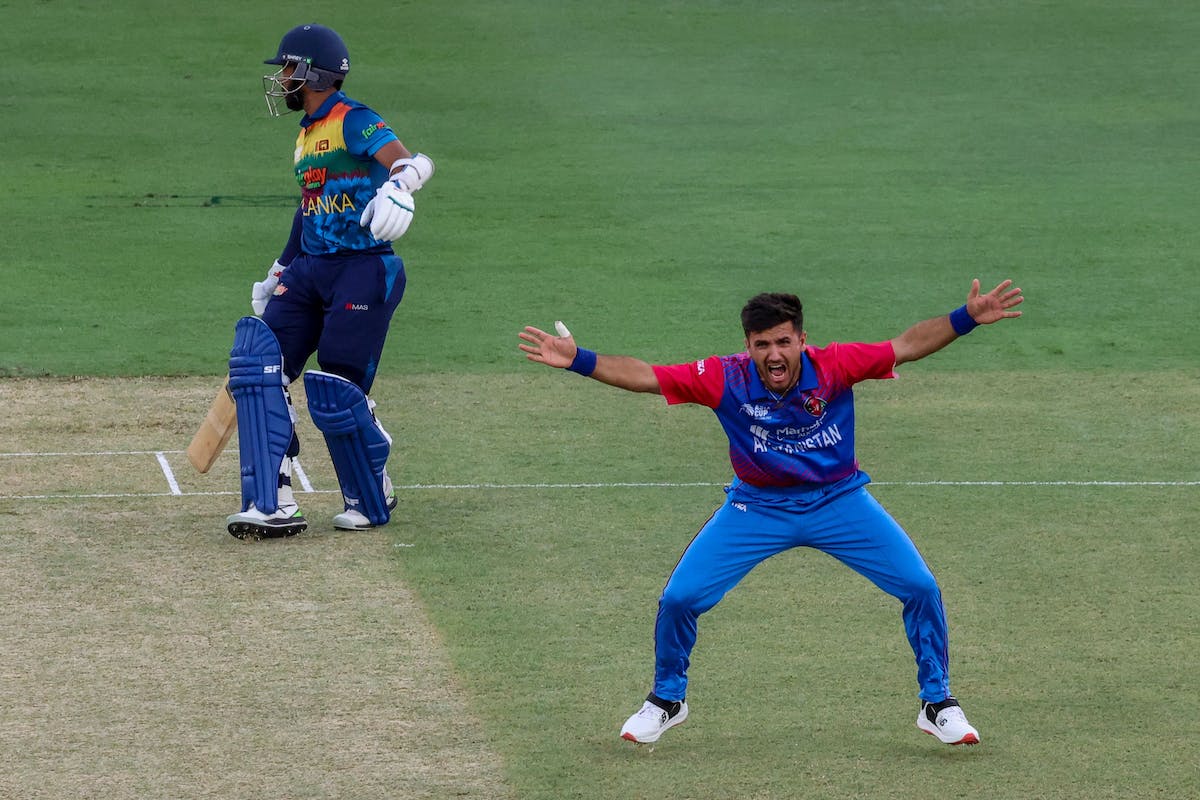 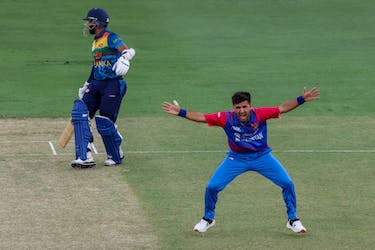 Afghanistan elected to field and bundled out Sri Lanka for a paltry 105, a total their batsmen overhauled in 10.1 overs in Dubai.

Left-hander Hazratullah Zazai, unbeaten on 37, and wicketkeeper-batsman Rahmanllah Gurbaz, who hit 40, put on 83 runs for the opening wicket to build on the dominance started by the bowlers.

Afghanistan, in Group B with Sri Lanka and Bangladesh, have made a thumping start to their campaign in the six-nation tournament that acts as a tune-up to the T20 World Cup in October-November in Australia.

Farooqi, a left-arm quick, stood out for Afghanistan after he struck with successive deliveries in the first over of the innings to send Kusal Mendis and Charith Asalanka trudging back to the pavilion for two and nought.

Naveen-ul-Haq then sent back Pathum Nissanka caught behind after the batsman reviewed the on-field call and the third-umpire upheld the decision despite no visible spike on the ultra-edge, leaving the batsman and dressing room stunned.

At that point, Sri Lanka were struggling with just five runs on the board and three wickets down in the opening two overs.

Danushka Gunathilaka (17) and Bhanuka Rajapaksa (38) attempted to hit back with a flurry of boundaries in a 20-run sixth over before spinner Mujeeb Ur Rahman broke the 44-run stand. Wickets kept tumbling with the 13th over providing two run-outs, including the end of Rajapaksa while attempting a second run.

Chamika Karunaratne made 31 to take the team total past 100 before being bowled by Farooqi. Afghanistan openers came out all guns blazing as Gurbaz smashed three fours and four sixes in his 18-ball blitz before falling to leg-spinner Wanindu Hasaranga.

Zazai kept up the attack with Ibrahim Zadran, who made 15 before being run out, to bring alive the Afghan supporters and silence the Sri Lankan crowd.

India meet Pakistan in a hotly-anticipated Group A clash on Sunday (August 28) at the same venue.

Player of the match: Fazalhaq Farooqi