‘Felt like a debut again’ - Alex Hales on comeback fifty 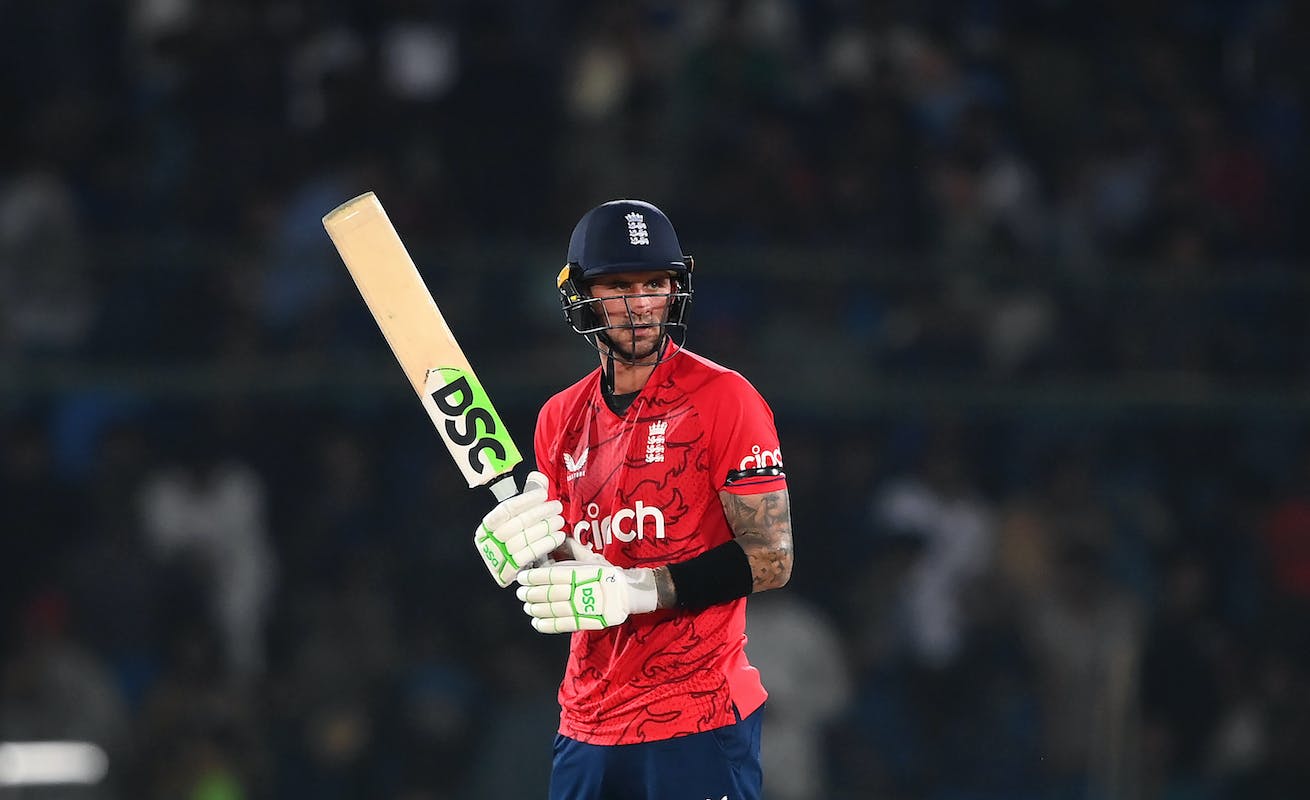 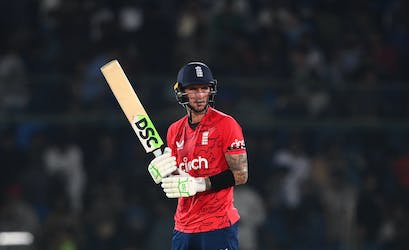 ‘Felt like a debut again’ - Alex Hales on comeback fifty

On Tuesday in Karachi, Hales showcased his class on his comeback, smashing a 40-ball 53 to take the Three Lions over the line

Alex Hales, who on Tuesday marked his return to international cricket with a match-winning fifty against Pakistan, revealed that the three-year-long wait felt like ‘forever’ and claimed that playing a match-defining knock in his first game back felt like a dream come true moment.

After failing a drug test weeks before the commencement of the 2019 World Cup, Hales was frozen out of the England set-up for no less than three years, but an untimely injury to Jonny Bairstow a month prior to the T20 World Cup paved the way back for the 33-year-old. There was initially a lot of apprehension about re-integrating Hales back into the English set-up, owing to his not-so-clean past, but a collective decision was taken by those calling the shots to get the opener back into the scheme of things.

And on Tuesday in Karachi, Hales showcased his class on his comeback, smashing a 40-ball 53 to take the Three Lions over the line.

Talking to Sky post the game, the 33-year-old described representing England again as a ‘special feeling’ and claimed that Tuesday’s clash felt like a debut.

"It was a very special feeling to be back on the park for England," he said, reported Sky Sports.

"Three years felt like forever. To go out and score 50 on my return in a winning team is the stuff dreams are made of.

"It is a nice feeling. Guys said in the past it was never down to cricket, missing the three years, that was never in doubt. But there was always nerves and pressure coming back after three years having not played. It felt like a debut again, so it was a very special night.

"It just feels like a dream come true to contribute with a half-century in a winning team in a country where I have a lot of good, special memories feels fantastic."

The veteran opener admitted that the fifty on comeback ‘meant a lot’ but downplayed suggestions that emotions played a role in him bringing out his A game in the first T20I.

"You can't (allow emotion in), you have to focus on winning a game of cricket against a very skilful bowling attack. You've got guys bowling at 150kph, so for me, it was all about getting over the line," he said.

"But to score 50 and steer us in the right direction meant a lot.”

The Pakistan players fell considerably short on the night, but the home fans, however, put on quite the show at the National Stadium in Karachi. Hales is no stranger to batting in front of packed crowds in Pakistan, having spent a lot of time playing in the PSL, and he heaped praise on the fans that showed up on Tuesday.

“This is a place where I've spent a lot of time over the last few years, it's a place that means a lot to me.

"I've played in front of full houses here in Karachi and it's something different. It's one of the best atmospheres in world cricket.

"Luke Wood was stood at mid-wicket at the start of the game and said he couldn't believe the noise and the atmosphere. Karachi put on a show tonight."