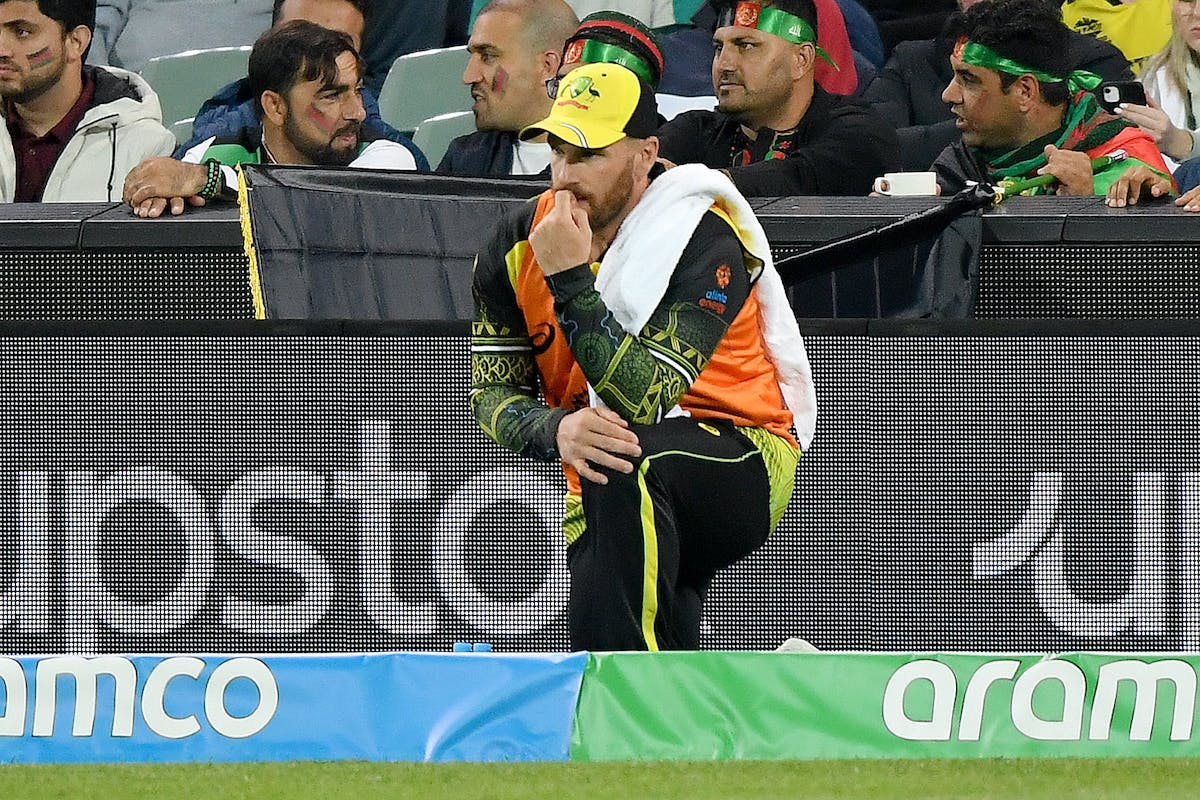 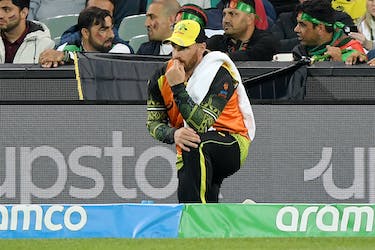 Australia head coach Andrew McDonald said he hasn’t ‘put much thought or time’ into thinking about incumbent skipper Aaron Finch’s T20I future, but believes how Finch fares in the forthcoming Big Bash League (BBL) season could go a long way in determining whether he carries on playing T20 Internationals.

In September, Finch, 35, decided to call it a day from ODI cricket, and the general consensus was that the Victorian would also step away from T20Is post the ongoing World Cup.

Finch would, in all likelihood, have retired from T20Is had Australia successfully defended their T20WC title, but the Kangaroos’ early exit coupled with his untimely injury has left many wondering whether the 35-year-old might opt to carry on, in order to stop his international career from ending abruptly.

"I haven't really put much thought or time into that," McDonald said when asked about Finch’s future.

"It's still a little bit raw on the back of a World Cup, but he's got some time to think about that.

"The Big Bash will determine probably his future, how he goes there, his performances, how his body is holding up.

"His body has failed him here, in terms of the hamstring strain that put him out of the World Cup and the next game's not until August next year so that gives him a lot of time to repair it if he's willing to go on.

"If not, then I'm sure over the next couple of weeks he'll have a think about that and call it, a bit similar to what he did with the one-day internationals."

As many as three players in the current Australian squad are in the wrong side of their thirties (Finch 35, Warner 35 and Matthew Wade 34), with several others approaching their mid-thirties. Hence with the next T20 World Cup still a couple of years away, there have been calls to reset the side and give it a fresh outlook, particularly on the back of a failed campaign.

McDonald said that there will be ‘some natural turnover’ in terms of individuals and said that he expects several new faces to get opportunities going forward.

"The short turnaround (from last year's World Cup) lent itself to a similar squad," McDonald said.

"But we'll go through what that looks like in terms of building towards the World Cup in 2024.

"There will be some natural turnover because of the gap, and also the age profile of our team so there will be some people who get their opportunities albeit next August when we play our next T20 game."

Despite entering the World Cup as hosts and favorites, Australia did not look their usual self in the competition. There have been suggestions that the reason for the same was the Kangaroos playing too many games in the lead-up and burning themselves out — prior to the T20WC, Australia traveled to India to play a three-match T20I series before playing 5 T20Is at home, 2 against West Indies and three against arch-rivals England.

Select individuals also suggested prior to the competition that the scheduling made it difficult for the players to keep the intensity up.

McDonald, however, played down these suggestions and claimed that the games in lead-up, if anything, benefitted the side.

"I think the scheduling is always a debate and a question, but that's no excuse for our performance throughout the World Cup," he said.

"I look at the positive around those games, that allowed some people to get up to speed, that were coming off injuries … and we played different structures at different times.

"You saw Cameron Green go up the top of the order and that played out at the end of the World Cup.

"We didn't take a lot of our players to Perth (for a preparatory match against England) for those reasons, we knew we were going back there a week later.

"We felt we navigated through that the best we could (but) each player will have an individual story around that,” the Australia head coach said.

Questions have been raised not just about the future of batters, but also about the sustainability of continuing to field the trio of Cummins, Hazlewood and Starc in the shortest format. All three pacers had poor returns, raising further concerns about the tenability of fielding them going forward. Especially due to their presence keeping out T20 specialists such as Nathan Ellis.

McDonald said that the management, in this World Cup, opted for the trio as they felt the three pacers were ‘best suited’ for the conditions, but asserted that going forward, players will be selected on a ‘case-by-case’ basis.

"For this World Cup, we felt those three bowlers – Mitch Starc, Pat Cummins and Josh Hazlewood – were the best suited to be part of the squad to navigate through the World Cup," McDonald said.

"I think it will be case by case (in the future).

"We've seen Nathan Ellis build in some depth, he was really impressive in the lead-in and Kane Richardson has been impressive in his own right.

"Riley Meredith is another one who's been exposed a couple of years back now in New Zealand, so we feel as though we're building some depth to that bowling department.

"It's just who we choose for what conditions and when."