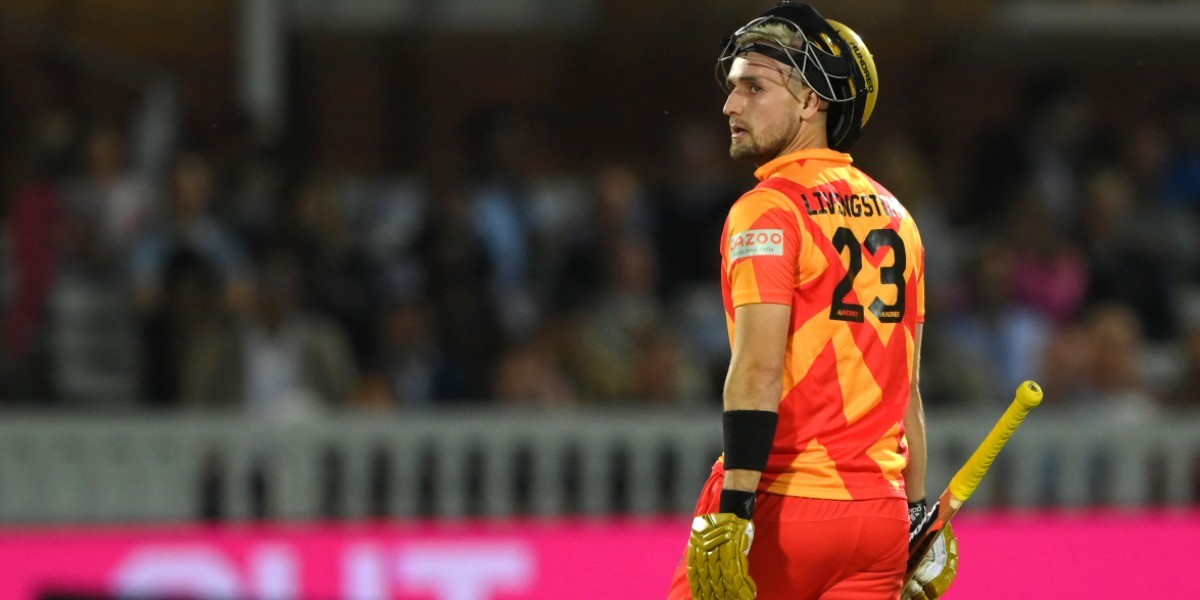 England all-rounder Liam Livingstone is doubtful for the T20 World Cup after suffering a finger injury in his side's first practice game against India in Dubai. According to a report in Sky Sports, England will assess Livingstone's injury during the next 24 hours and take a call on his availability for the tournament.

Livingstone suffered the injury in the closing stages of England's seven-wicket defeat to India in the warm-up match in Dubai. The little finger on his left hand got swollen after he attempted to take a catch on the boundary.

The 28-year-old batter scored 30 off 20 deliveries and returned figures of 1-10 in his two overs with the ball, including the wicket of India captain Virat Kohli. Livingstone was named as a replacement for star all-rounder Ben Stokes, who had taken a break from cricket to focus on his mental health.

England will play New Zealand in another warm-up game on Wednesday before opening their T20 World Cup campaign against defending champions West Indies in their opening game on Saturday.