First hundreds scored all across formats 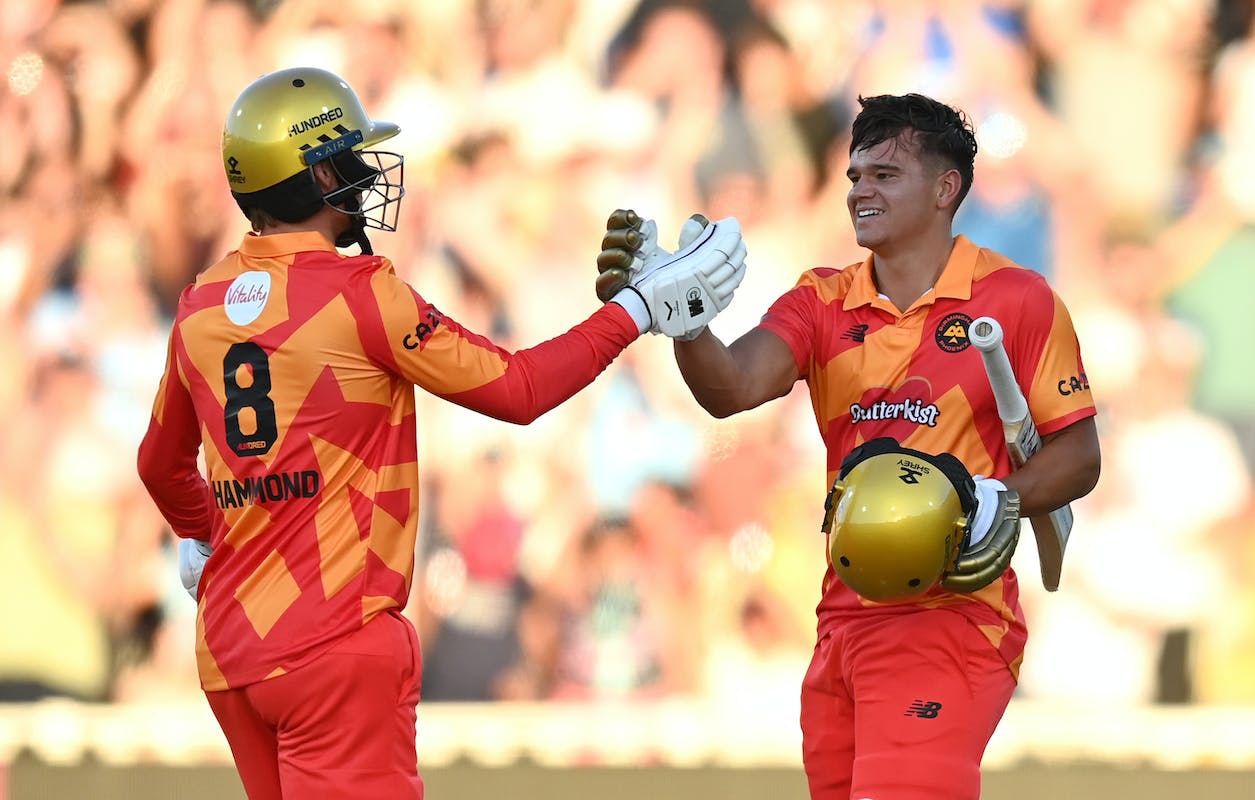 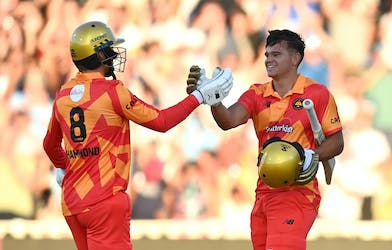 First hundreds scored all across formats

Chris Gayle, Deandra Dottin and a number of England players feature of the list of first hundreds

Charles Bannerman, a Kent-born Englishman representing Australia, became Test’s cricket first ever centurion in March, 1877 against England. Bannerman scored 165, nearly three-fourth of Australia’s first innings score of 245 at the Melbourne Cricket Ground. The hosts won the Test by 45 runs and Bannerman played just two more Tests after that before moving on to first-class cricket.

This is a hazy one. There are only claims of who scored when and how much. Some say it was 1775 while there are others who claim it to be 1772. But according to Hampshire History’s website, John Small scored the first recorded century in 1768 when Hambledon played Kent at the Hambledon Cricket Club. A renowned singer in the church choir, a cobbler and a violinist, Small was most famous as a bat and ball manufacturer in his time and probably the first batsman to use a straight bat. 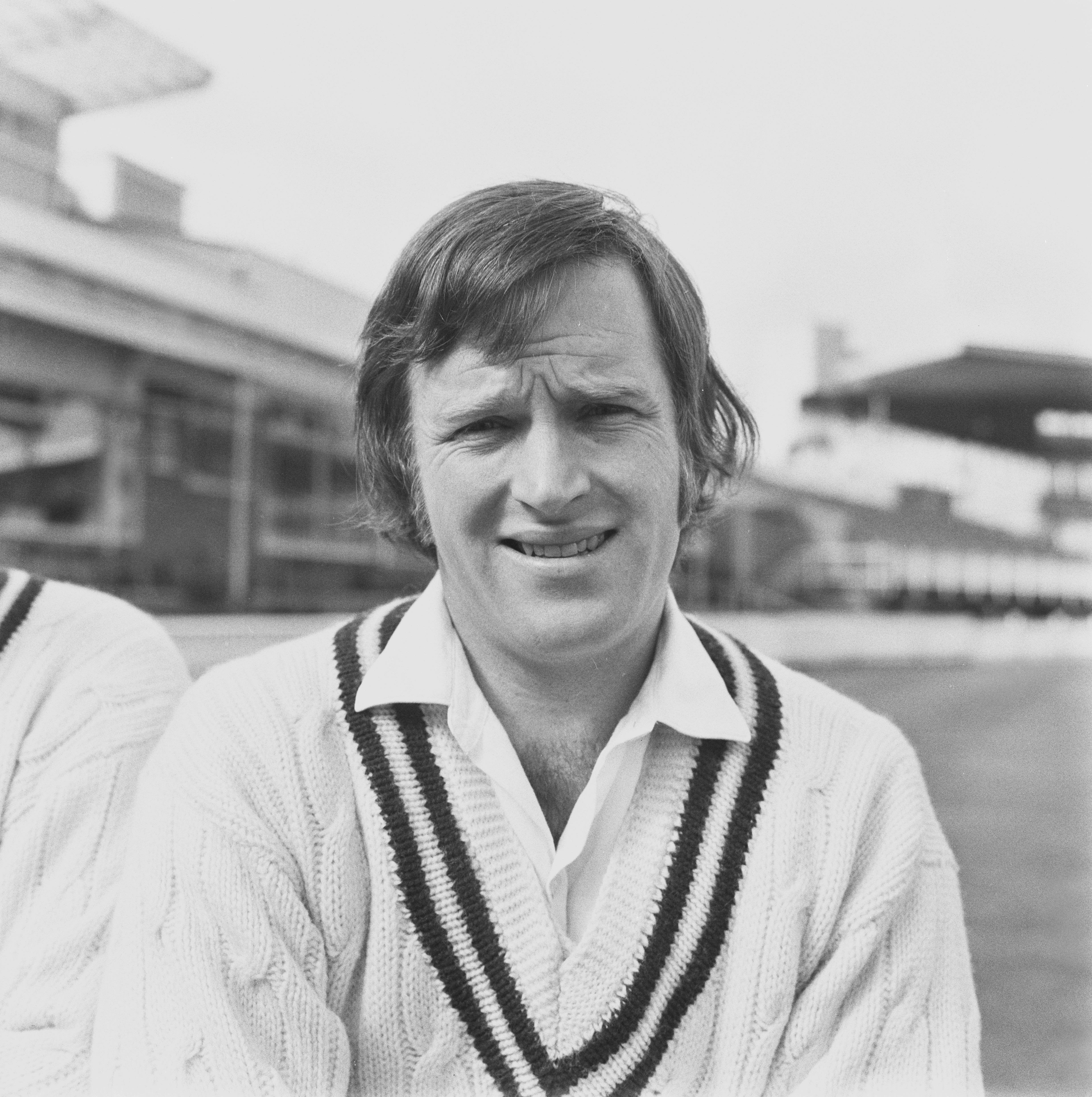 Limited-overs cricket was at its nascent stage in the early 1970s and England’s Dennis Leslie Amiss was its first-ever centurion. In the second ever one-day international played between England and Australia on August 24, 1972, Amiss scored 103 off 134 balls at Manchester in a match that had 50 overs on each side and an over was 8 balls each. Thanks to Amiss’ century, England chased down a target of 223 with six wickets in hand and 35 balls to spare.

The first ever List-A match is considered to be played between county sides Leicestershire and Lancashire in the Gillette Cup 1963. The match was played on May 1 and 2, 1963 where Lancashire batsman Peter Marner scored 121 as his team posted 304/9 in 65 overs. Leicestershire captain Maurice Hallam also scored a century (106) in the reply, but it was not enough as they were all out for 203.

In the first ever ODI World Cup in 1975, Dennis Amiss became the first ever World Cup centurion in the inaugural match against India at Lord’s. The opener smacked 18 boundaries on his way to a 137 off 147 balls as England posted 334/4 in 60 overs. The match was most famous for India’s reply of 132/3 in 60 overs where Sunil Gavaskar remained unbeaten on 36 after playing 174 balls. On the same day at Edgbaston, New Zealand opener Glenn Turner scored 171 against East Africa. However, it is not clear which among the twin hundreds came first.

In the first match of the inaugural T20 World Cup in 2007, Chris Gayle set the world alight with a scintillating 57-ball 117. In an era where ODI scores above 300 were considered huge, West Indies posted 205/6 in 20 overs. Much like they chased 435 in an ODI against Australia, hosts South Africa chased down the target with 14 balls remaining and eight wickets in hand after Herschelle Gibbs scored an unbeaten 90 off 55 balls. 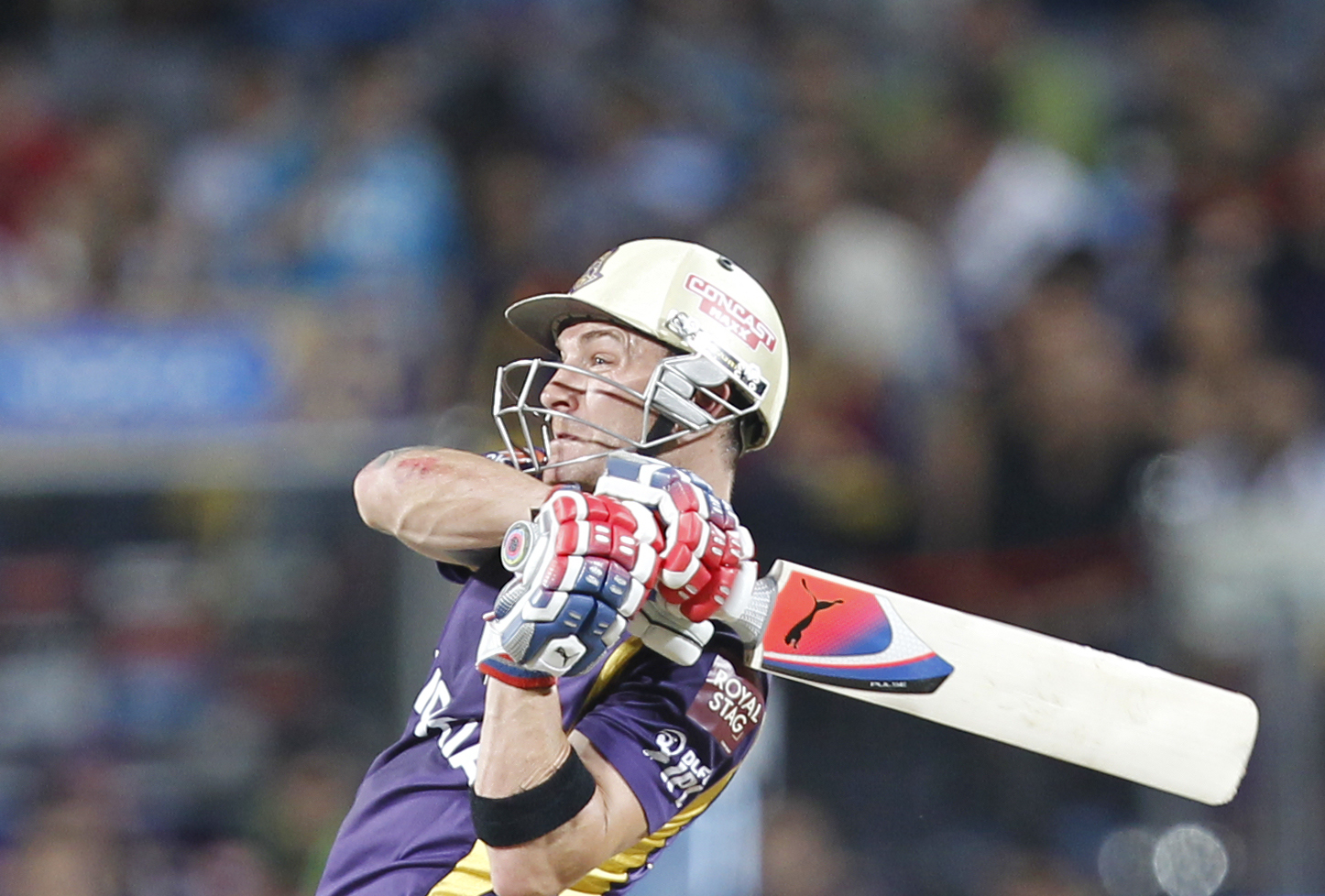 In the first match of the inaugural Indian Premier League 2008 match between Kolkata Knight Riders and Royal Challengers Bangalore, Brendon McCullum got the new experimental league to the best start possible with a blistering 158 not out off 73 balls. The New Zealander clobbered 10 boundaries and 13 towering sixes into the stands at M. Chinnaswamy Stadium in Bengaluru as KKR posted 222/3 in 20 overs. RCB were bundled out for 82 as KKR bowlers fired in unision. 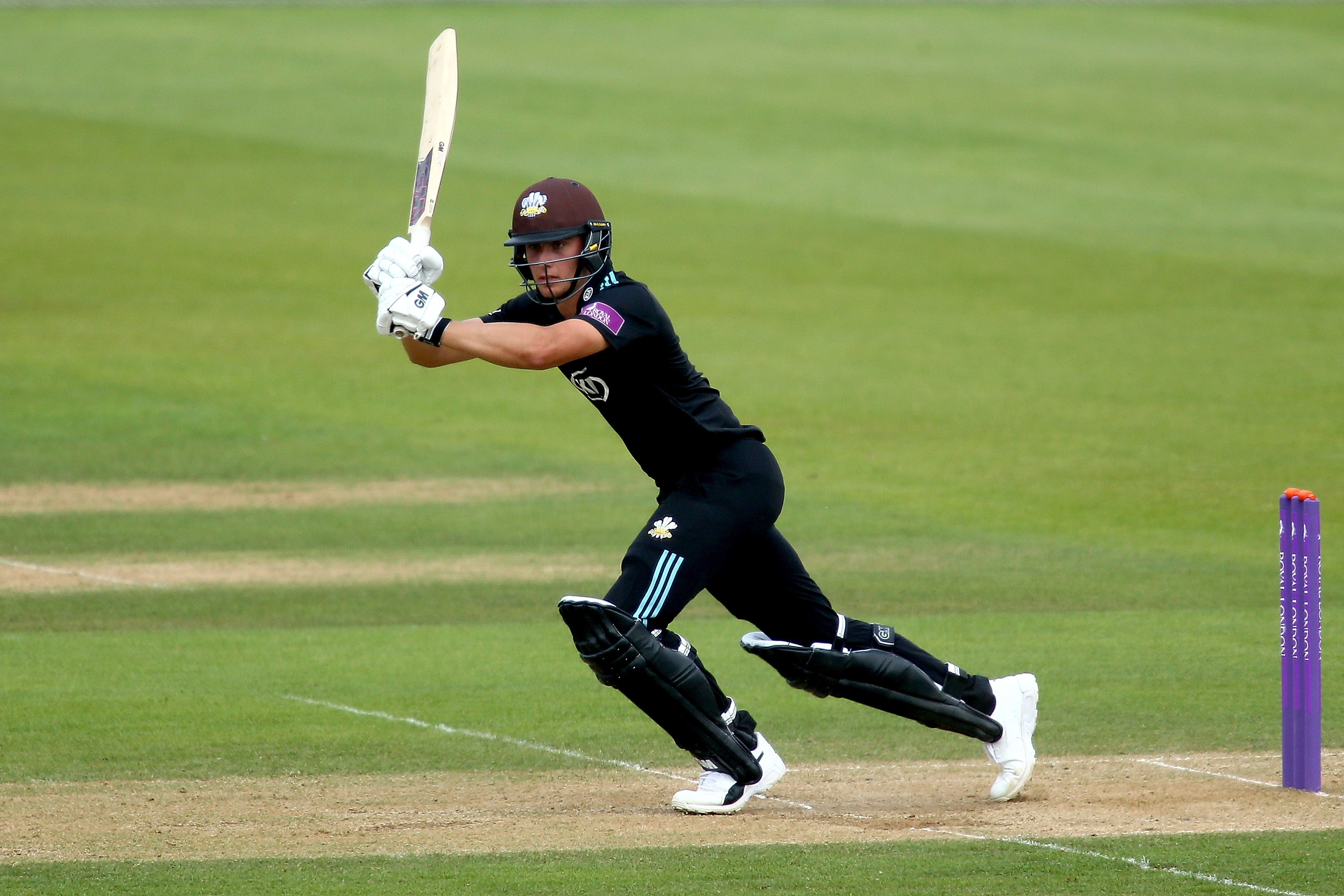 The most recent innovation in the limited-overs format, T10 cricket saw its first ever centurion after debuting in 2017 with T10 league. In March, 2019, Surrey’s Will Jacks took just 25 balls to reach three figures against Lancashire. Jacks also scored six sixes in a single over on his way to the century as Surrey posted 176/3 in 10 overs and skittled out Lancashire for 81 runs.

While other major boards were busy setting up tent-pole T20 leagues of their own, England and Wales Cricket Board introduced a 100-ball per side format with fascinating rules and exciting marketing strategy. After debuting in 2021 to excellent reception, The Hundred saw its first centurion on August 10, 2022 when Birmingham Phoenix’s Will Smeed smacked 101 not out from 50 balls against Southern Brave. Phoenix posted 176/4 as a result and dismissed Southern Brave for 123 runs in 85 balls. 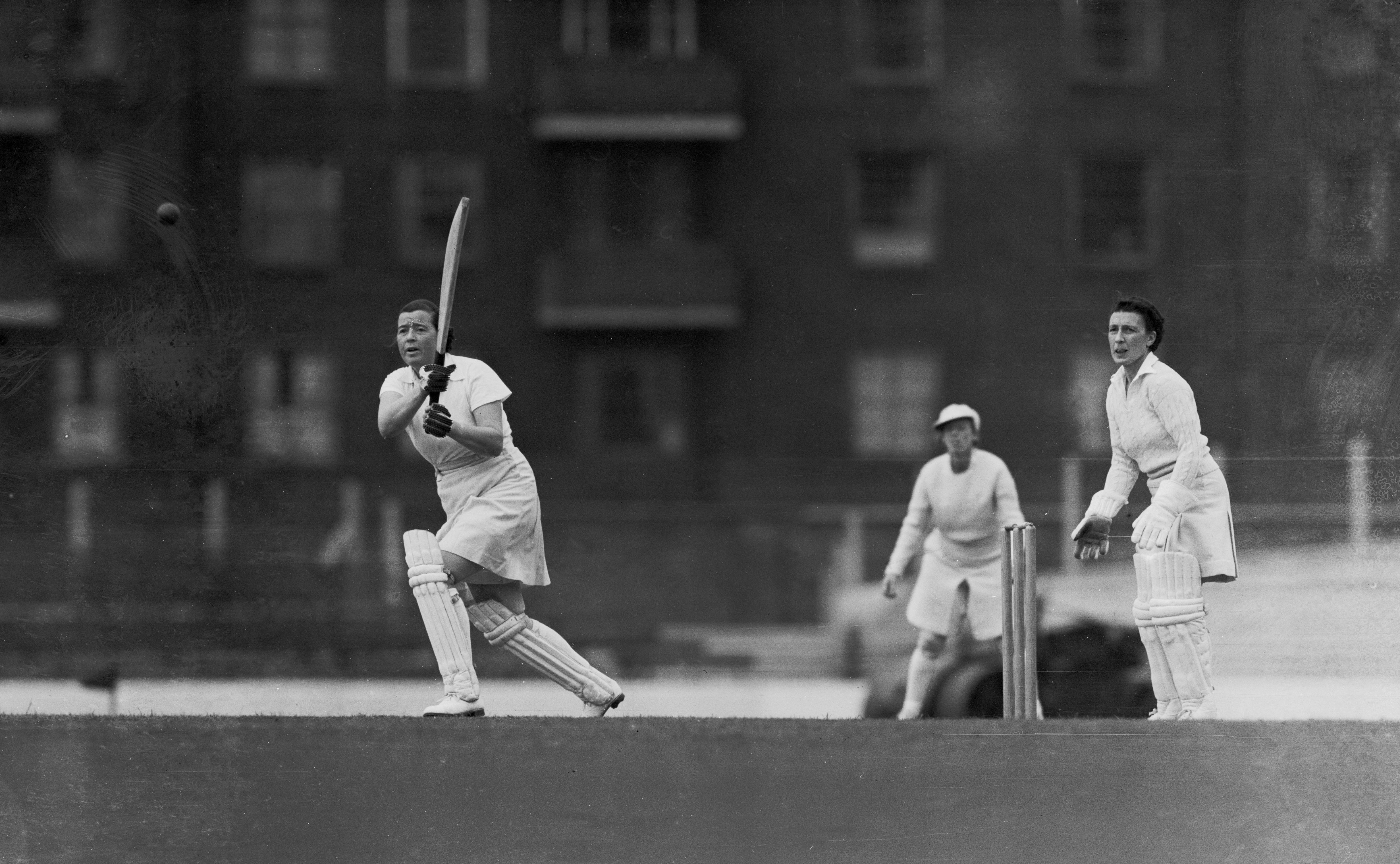 Women’s cricket’s first superstar, Myrtle Maclagan was part of the England team that toured Australia for the first ever women’s Test series. The classy batter followed up her match-winning 72 in the first Test at Brisbane with 119 in the second Test at Sydney. Maclagan’s efforts propelled England to 301/5 dec. as England won the match comfortably by eight wickets.

Thanks to the perseverance of legendary England captain Rachael Heyhoe-Flint and Sir Jack Hayward, the Women’s Cricket Association organized a World Cup two years before the men’s tournament. In the third match of the inaugural tournament at Hove between England and International XI, Thomas scored a scintillating 134, reaching the three-figure mark before her opening partner Enid Bakewell (101). England posted 258/1 in 60 overs and then restricted the International XI to 123/8 in 60 overs. 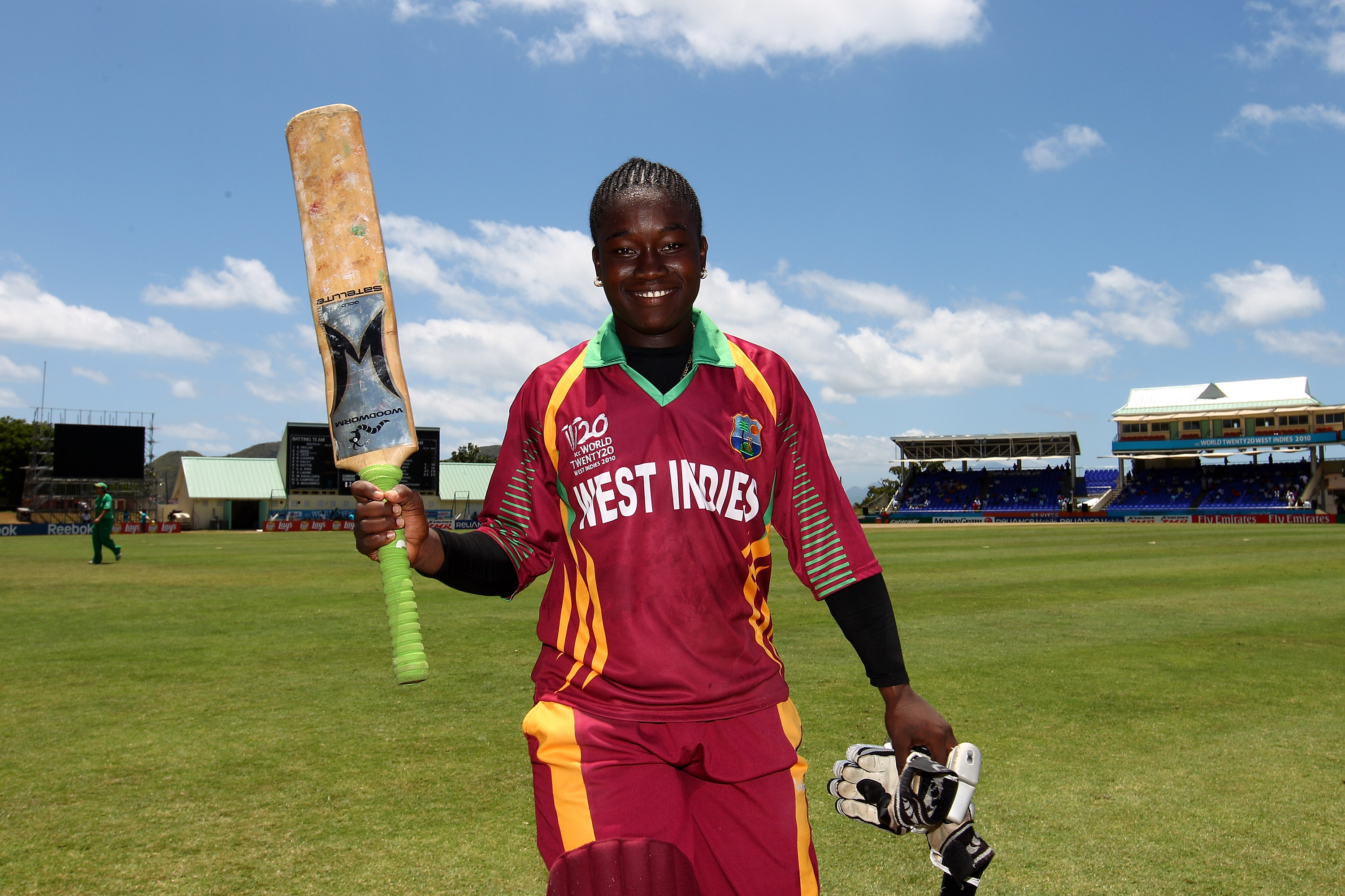 A 19-year old Deandra Dottin walked in at No.6 for West Indies in the first match of the inaugural 2010 Women’s T20 World Cup against South Africa. Dottin blasted nine sixes and seven boundaries all around the Warner Park in Basseterre on her way to a historic 112 not out from 45 balls. Her blitzkrieg took the West Indies from 52/4 to 175/5 in 20 overs. Dottin also claimed a wicket in South Africa’s chase as the hosts restricted them to 158/4 in 20 overs.