First ODI between Proteas and Netherlands rained out 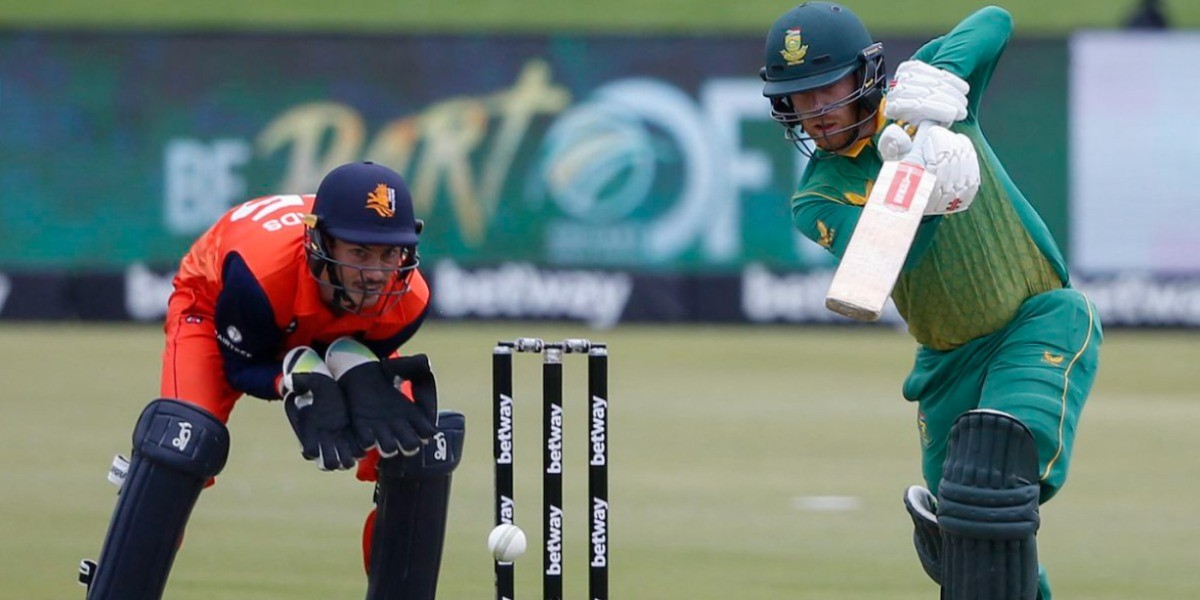 First ODI between Proteas and Netherlands rained out

Impressive half-centuries from Kyle Verreynne and debutant Zubayr Hamza proved to be in vain as the rain had the final say in the opening One-Day International (ODI) match between South Africa and Netherlands at SuperSport Park, Centurion on Friday.

Verreynne (95 off 112 balls; 9 fours, 1 six) and Hamza (56 off 79 balls 5 fours, 1 six) top-scored for the home side as they recorded a competitive 277 / 8 in their allotted overs, with the Dutch team only managing 11 / 0 before a mixture of lightning and rain forced the players off the park indefinitely.

Although the hosts lost their openers within the first seven overs, the Proteas batters stabilized the innings in fine fashion with the Six Gun Grill Western Province duo of Hamza and Verreynne combining for a crucial 119-run stand for the third wicket before Hamza fell for a maiden ODI fifty.

Despite losing two more partners around him, wicket-keeper batter Verreynne kicked on with the willow, teaming up with all-rounder Andile Phehlukwayo, who blasted 48 runs off just 22 deliveries, including an incredible six maximums.

Verreynne, in search of his first ton in ODI cricket, eventually fell five runs short of the milestone to becoming Vivian Kingma’s (2 – 49) second scalp of the contest as the Proteas innings culminated with the wicket of Phehlukwayo on the last ball.

In reply, Holland’s innings failed to get off the ground, with the overcast conditions in Tshwane quickly turning into heavy showers and lightning. After two more hours of downpour, umpires Adrian Holdstock and Marais Erasmus along with the match referee, Andy Pycroft declaring the match abandoned.

(With inputs from CSA Press Release)