A fit-again Bhuvneshwar Kumar on Thursday returned to the Indian teams for next month’s T20 and ODI series against West Indies, while all-rounder Shivam Dube was rewarded with a maiden call-up in the 50-over format.

India is scheduled to play three Twenty 20 Internationals against the West Indies with the series-opener in Mumbai on December 6 followed by matches in Thiruvananthapuram (December 8) and Hyderabad (December 11).

The three ODIs will be played in Chennai (December 15), Visakhapatnam (December 18) and Cuttack (December 22).

A side strain and a hamstring injury forced seamer Bhuvneshwar to come back midway from the tour of West Indies in August.

The Indian squad bears a full-strength look with skipper Virat Kohli back at the helm and his deputy Rohit Sharma also not opting for a break.

Kohli coming back meant that Sanju Samson, who was included in the last series as specialist batsman had to go out without getting a match. It is learnt that Samson wasn’t seen as a back-up keeper. 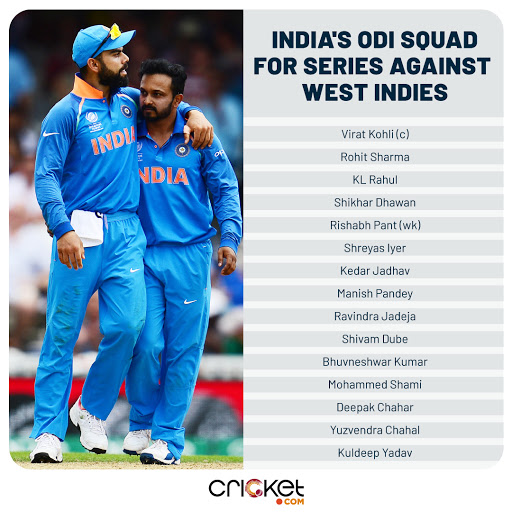 Senior opener Shikhar Dhawan, despite his poor run of form, gets another go at the top while in-form speedster Mohammed Shami and left-arm spinner Kuldeep Yadav were back in the shortest format after some time.

Another veteran Kedar Jadhav has also managed to hold on to his ODI place despite the presence of Shreyas Iyer and Manish Pandey in both squads.

Seamer Deepak Chahar, who recently had a brilliant T20 series against Bangladesh was recalled in the ODI squad after he played in last year’s Asia Cup in the UAE.

His younger cousin brother Rahul was, however, dropped from the squad with the seasoned Kuldeep back in the mix with his partner in crime, Yuzvendra Chahal, who made his shortest format comeback in the last series.

Krunal Pandya, who had been a regular feature in the T20 setup for a year has been dropped, with Ravindra Jadeja back after a break.

The pace bowling departments in both squads bear a familiar look with Bhuvneshwar and Shami leading the way. It is expected that Jasprit Bumrah will join the duo soon and, along with Deepak, could be the main four pacers in white ball format. 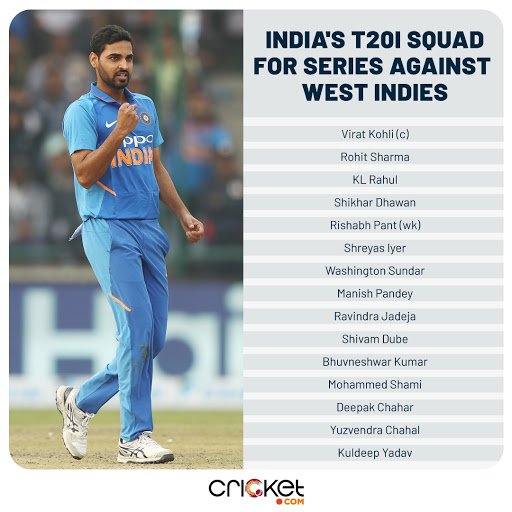