“Nobody died,” Boris Becker famously said when, in his pomp, he lost a Wimbledon final.

Not every sportsman is so phlegmatic. World titles are competed for fiercely; winners celebrate with public abandon, losers find the quiet space of their dressing rooms to cry in.

But beyond this obvious narrative, there is another one, that takes time to sink in. It is that moment when a player who has lit up the world stage with his skill takes that last, long walk into the sunset. Here are the stories of five such: 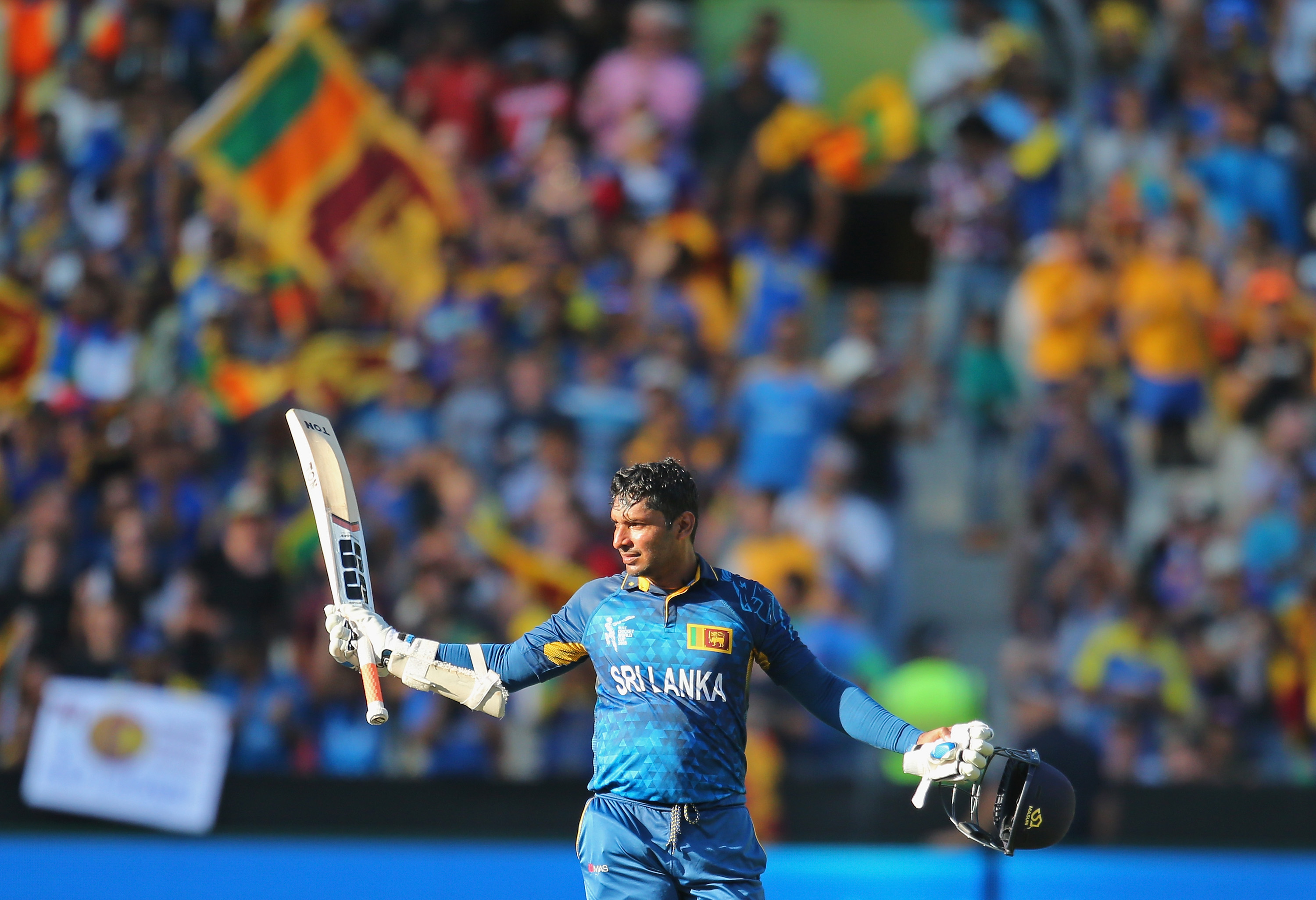 A batsman of utmost finesse and grace, Kumar Sangakkara was like vintage wine, getting better as he aged. In terms of performance, he was all peak, no valleys: he averaged above 45 with the bat each year since 2010. He scored 13,234 runs, the second-highest by any batsman in ODI cricket --  and 541 off those came in the 2015 World Cup.

Sanga headed into the tournament having already announced his intention to retire. In the first two games – a crushing defeat at the hands of the Kiwis followed by a win against Afghanistan – he scored a mere 46 runs.

And then he stepped up. His next outing was an unbeaten hundred against Bangladesh, followed by another unbeaten ton against England. He followed that up with two more centuries in succession, against Australia and Scotland – the first time in World Cup history that a batsman had scored four centuries on the bounce.

Sri Lanka posted over 300 in all those four games, twice in a run-chase of 300-plus. More importantly, they won three out of those four games to advance to the next stage from a group touted as the ‘group of death’.

In the quarterfinals, batting first on a two-paced wicket against South Africa in Sydney, Sri Lanka was bowled out within 38 overs for a paltry 133. The elegant southpaw ran out of partners before being dismissed for a scratchy 45 off 96 balls – and, fittingly, shortly after he walked off the field, the heavens opened up and the rains came down in mourning.

He finished the tournament as the second highest run-scorer of the tournament, only six runs behind table topper Martin Guptill – and, having attained the sort of peak most batsmen dream of but only the very best attain, he walked off into the sunset. 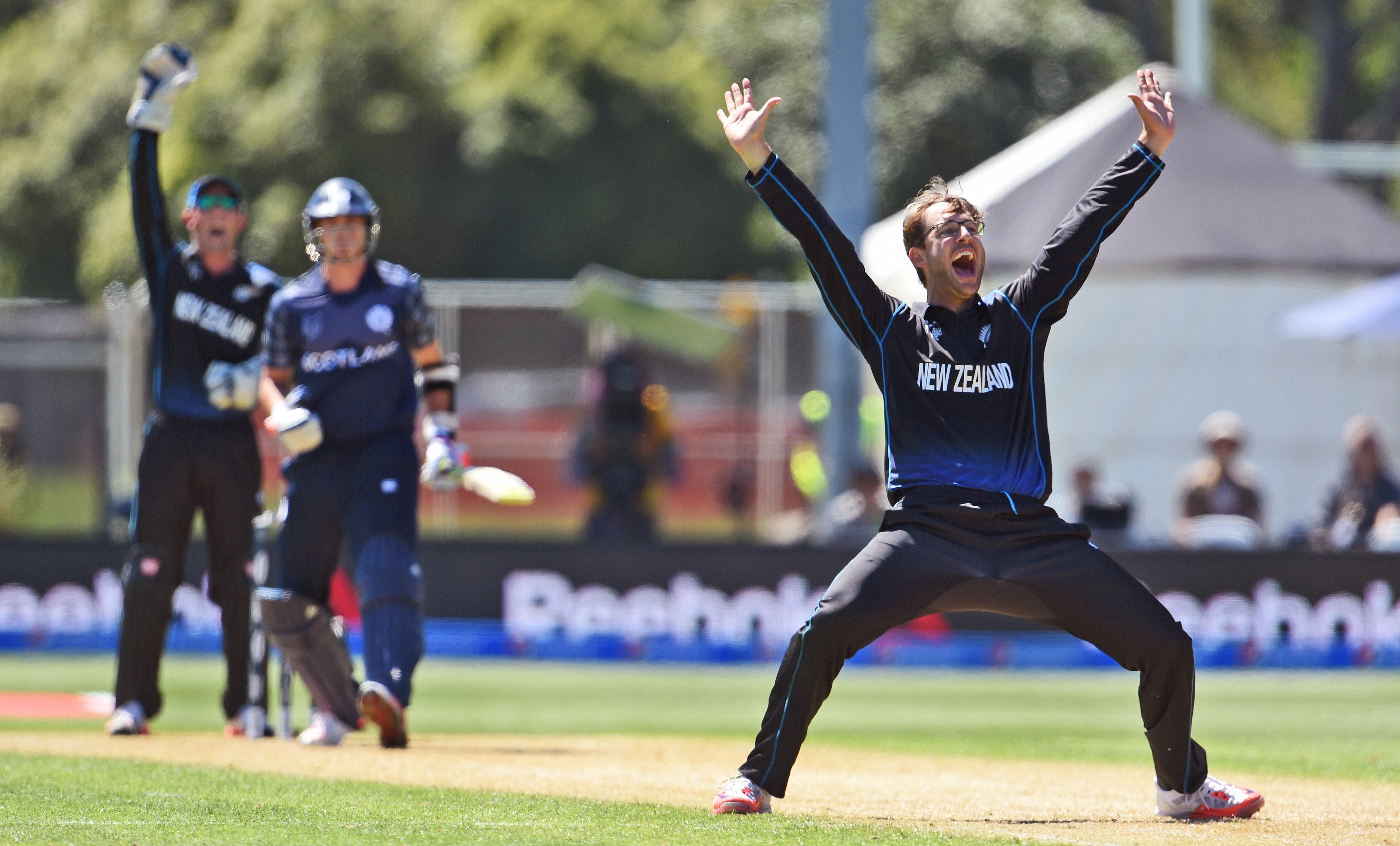 Since his debut as an 18-year old, Daniel Vettori was a key part of the Blackcaps’ cricketing setup. Heading into the 2015 World Cup a couple of weeks after he had turned 36, he was already the most capped Kiwi cricketer in ODIs. And on the world stage he turned it on, taking 15 wickets to power New Zealand’s dream run; he ended up as the joint highest wicket-taker among spinners alongside with Imran Tahir.

He scalped 2/34 against Sri Lanka in the tournament opener and followed it up with 3/24 versus Scotland. A few weeks later, Vettori spun a web around Afghanistan with a 4/18 spell that earned him the man-of-the-match award.

In a high-scoring quarterfinal, his figures read 2/58 – and he wasn’t done yet. He was fielding at third man when he produced a piece of magic that left the bowler Trent Boult, skipper Brendon McCullum and batsman Marlon Samuels in stunned disbelief. The ball seemed like going into the stands, but Vettori went airborne as if jet propelled, and plucked a sensational one-handed catch.

In the semifinal, Vettori created an impact with the bat when his boundary helped his side knock off the ten runs needed off the last four balls. But then the Kiwis ran up against a red hot Australia in the final – and two days after the trophy was won and lost, Vettori announced that he was retiring from all forms of the game. 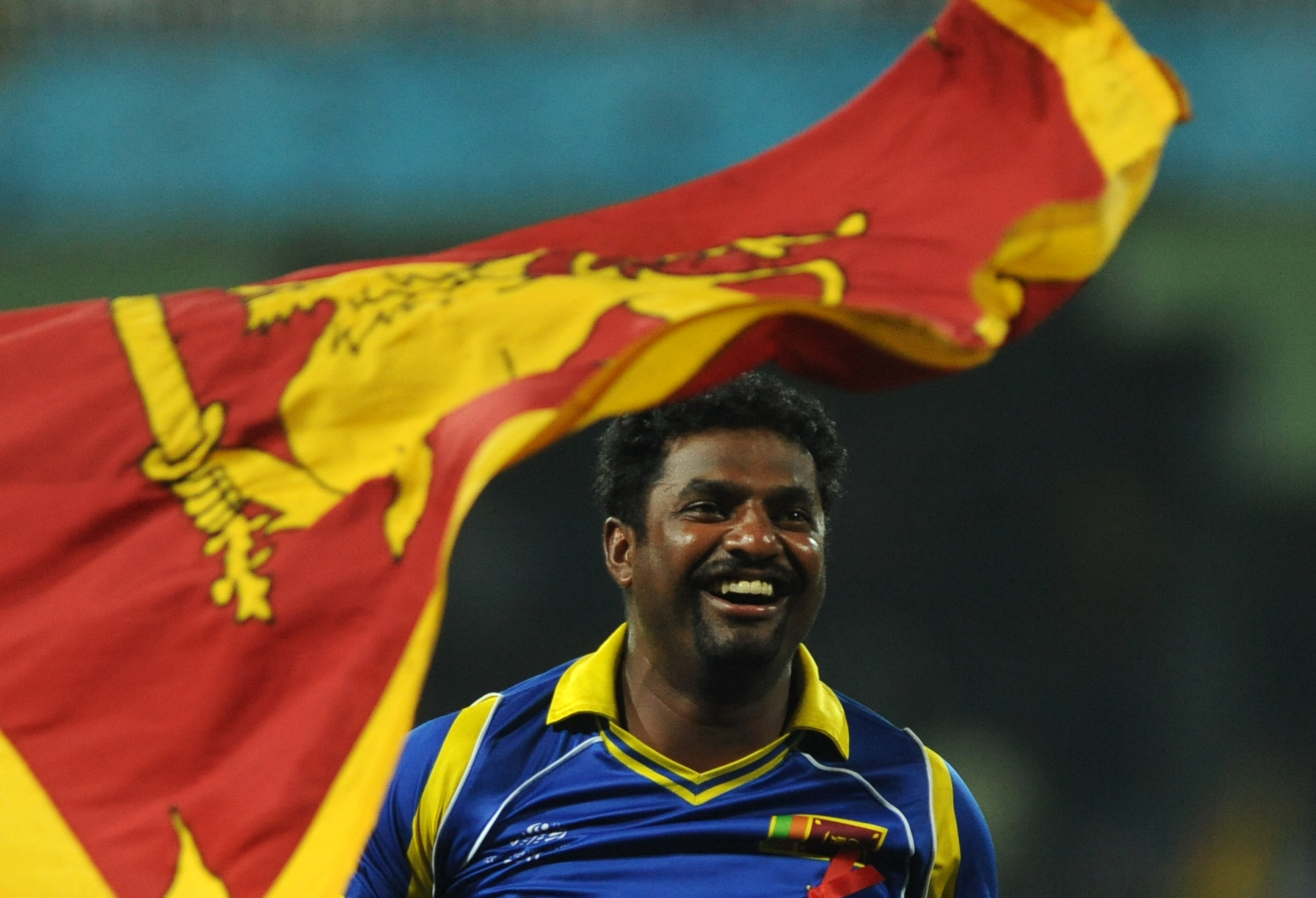 India had won the World Cup after a gap of 28 years, on the home soil and the Wankhede Stadium. Virat Kohli carried Sachin Tendulkar carried on his shoulders as the team took a lap of honour. Meanwhile, another champion – arguably an equal to Tendulkar in terms of accomplishment – silently walked off center stage.

When the Sri Lankan cricketers were receiving their runners-up medal after the final, the man who drew the loudest cheer from the Wankhede crowd was the legendary Mutthaiah Muralitharan. He had come to India having already announced that he would retire after the tournament; he took 15 wickets, the highest by a Sri Lankan in that edition, with an economy rate under 4.5 runs per over in six games.

His spell of 4/25 in the league stage derailed the New Zealand run-chase; 2/54 in the quarterfinal kept England to a below-par 229, and 2/42 against New Zealand again took Sri Lanka to the finals. What stood out about Murali was that his wickerts were of top or middle-order players, his scalps including the likes of Ross Taylor, Scott Styris, Kane Williamson and Jonathan Trott.

He played the final with a groin injury and returned figures of 8-0-39-0; when it was all over, he took the blame on himself, saying that he and his fellow spinners had failed to take wickets during the middle phase of India’s chase.

“He is our best bowler,” captain Kumar Sangakkra said at the presentation, “even when he is only half-fit.” And that is how Murali exited the World stage – as Sri Lanka’s best bowler ever, and as arguably the most successful off spinner to have ever played the game. 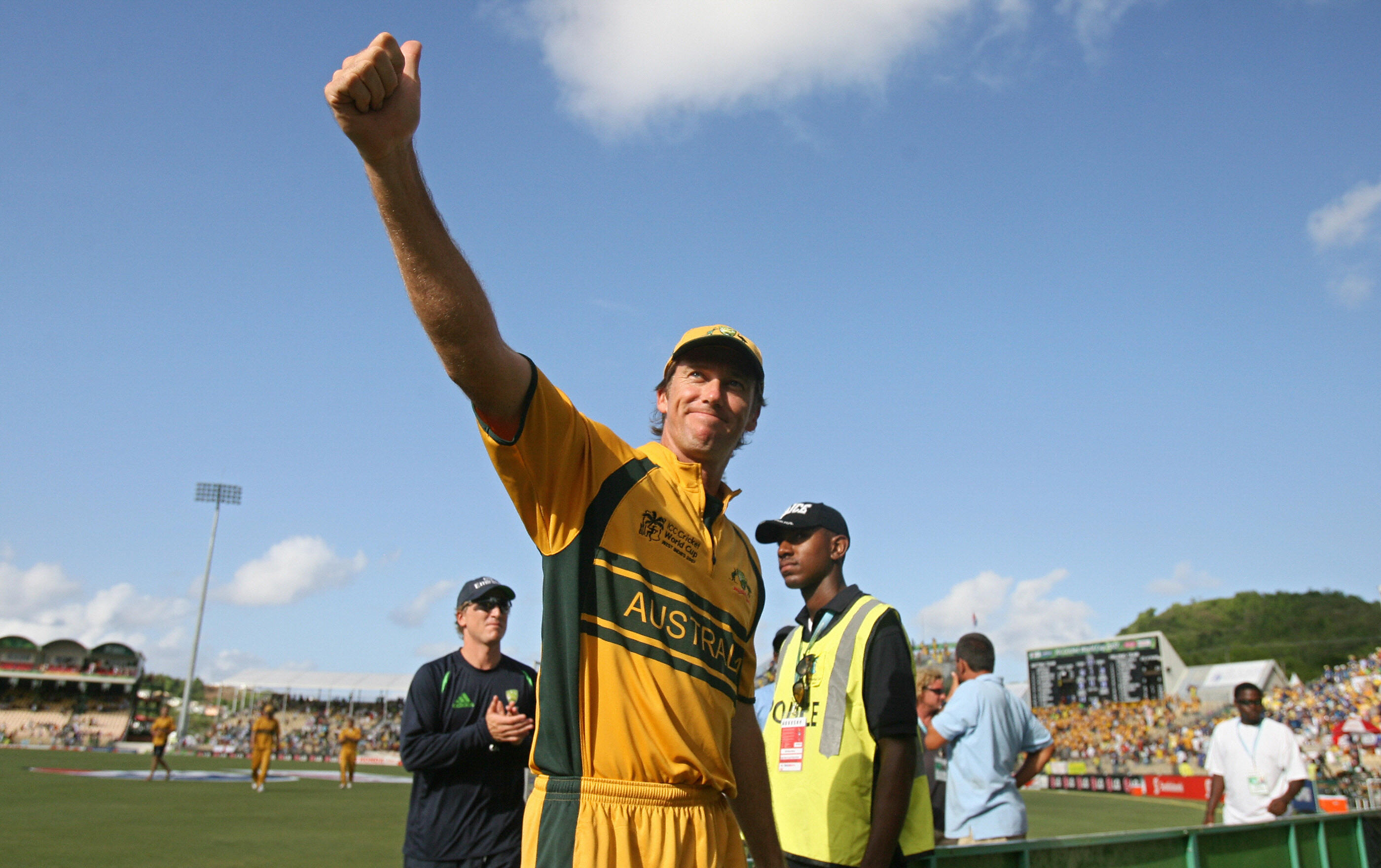 Glenn McGrath was 37 when he arrived for the 2007 World Cup on the back of his announcement that this would be his last international outing, capping a career that had seen him spearhead Australia from the late 1990s on.

They called him Pigeon, and there was something of the pigeon in his bowling style. He had eschewed pace and replaced it with persistence, pecking away at the off stump of the batsman with a relentlessness that gave no quarter. In the 2007 World Cup, he showcased the full range of his repertoire, playing eleven games without ever going wicketless, and picking four consecutive 3-wicket hauls in the Super 8 stage (vs West Indies, England, Bangladesh and Ireland).

In the semifinal against South Africa, he broke the back of the Proteas batting, taking 3/18 in a spell that saw the backs of Jacques Kallis, Ashwell Prince and Mark Boucher.

And then he scripted a fairytale finish for himself. In the final against Sri Lanka, he took just one wicket – that of Russel Arnold in the final over of the match to seal the win. A few months ago, he had taken a wicket with his last ball in Test cricket to seal a 5-0 whitewash in the Ashes series, at his home ground in Sydney.

Typical McGrath – his bowling was effective without being spectacular; his exit, first from Tests and then from the World Cup, was both spectacular, and effective. 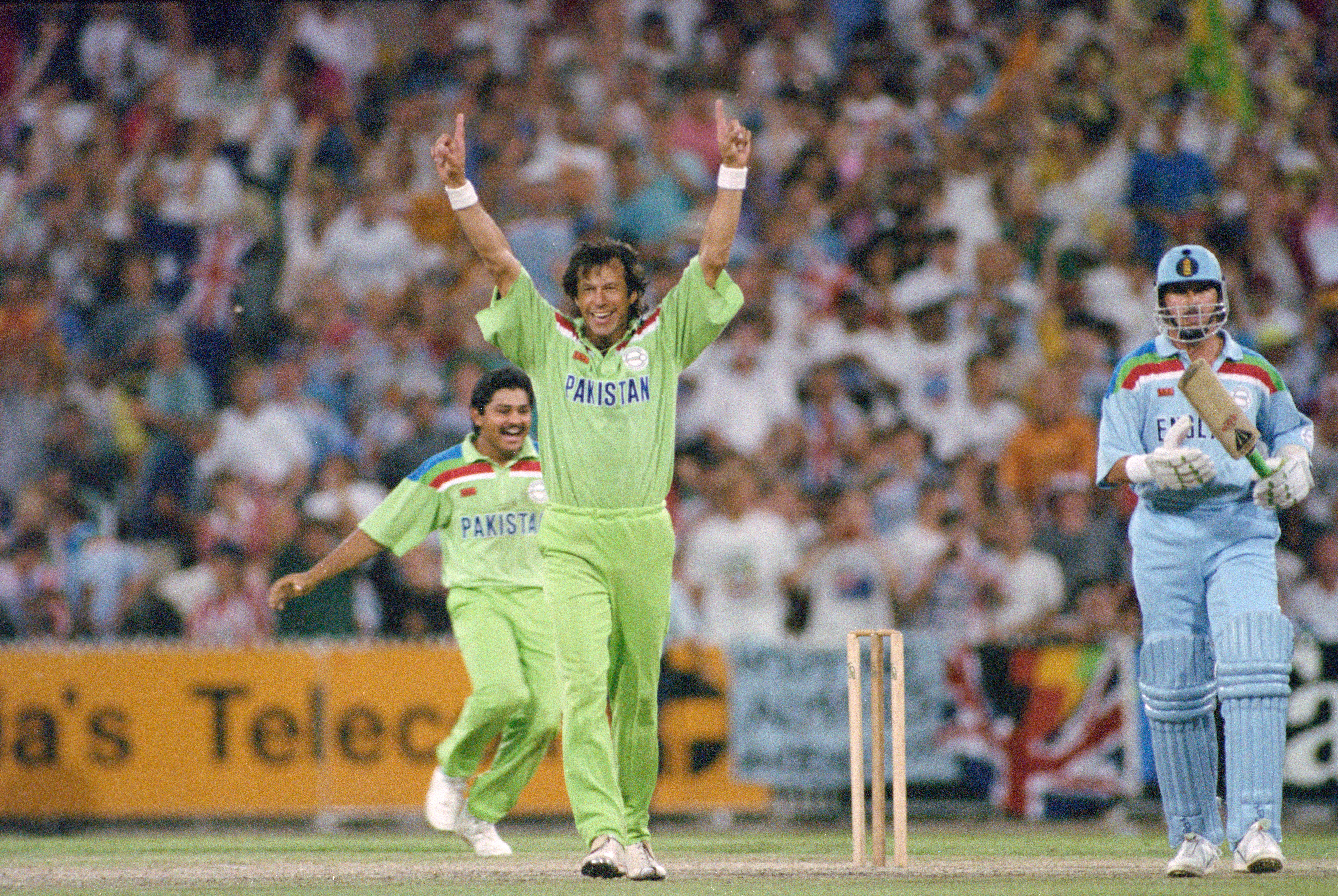 Imran Khan was part of a quartet of famed all rounders that included Kapil Dev, Sir Ian Botham and Sir Richard Hadlee that raised the level of cricket during the 1980s. Botham and Hadlee had knighthoods; Kapil and Imran led their respective countries to World Cup glory.

Imran was 35 when, following Pakistan’s defeat in the 1987 World Cup semi-final, he announced his retirement. Following a special request from the then President of Pakistan, however, he rejoined the side in 1988. When the World Cup came around he was 39 and far from his peak as an all rounder – but age had brought a maturity that made him an outstanding leader of men, a particularly useful trait in the circumstances because the Pakistan team that year was filled with outrageously talented young players who needed a strong hand at the helm.

It was not that Imran produced magic of his own – his showing with bat and ball was on the pedestrian side, further exacerbated by the fact that he played throughout with an injured shoulder. But he inspired; he lit fires under his young charges, and they responded with performances that lit up the world stage.

And then came the final – and Imran bowed out of the game with the sort of fairytale performance he deserved. He came in to bat at number three and scored 72, starring in a match-winning 139-run partnership for the third wicket with Javed Miandad. And then he capped it off by taking the final wicket of the match to seal Pakistan’s first – and thus far only – World Cup title; and added another layer to his legend when he donated the prize money to the establishment of a cancer hospital in Lahore.

He is the Prime Minister of Pakistan today, but it is as the prime force that moulded a team of young talents into a title-winning combination that he will go down in history. 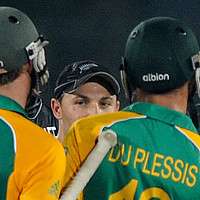 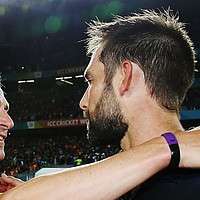