Five games when CSK snatched victory from the jaws of defeat 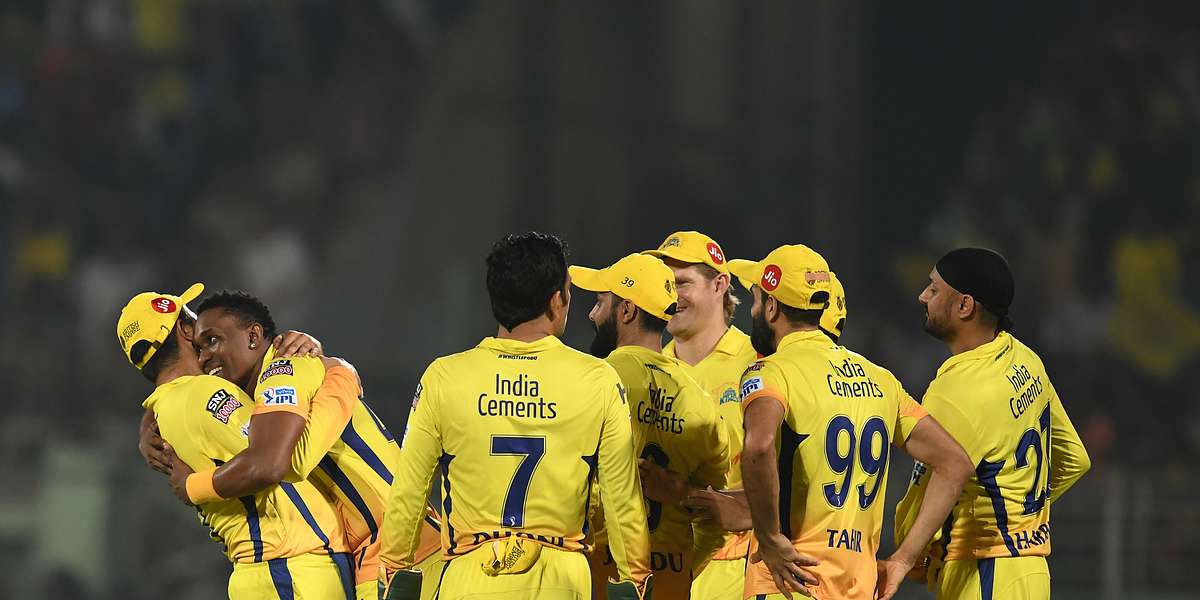 Five games when CSK snatched victory from the jaws of defeat

We look back at five miraculous victories by CSK since they came back to IPL, on this day in 2018

It has been two years since Chennai Super Kings made their comeback to the IPL arena after a two-year suspension. In what was an emotional moment for the fans, CSK lived up to the hype with a miraculous victory against Mumbai Indians. Here we revisit five of their most stunning victories since their comeback which justifies the old saying that it is not over until the last ball is bowled: 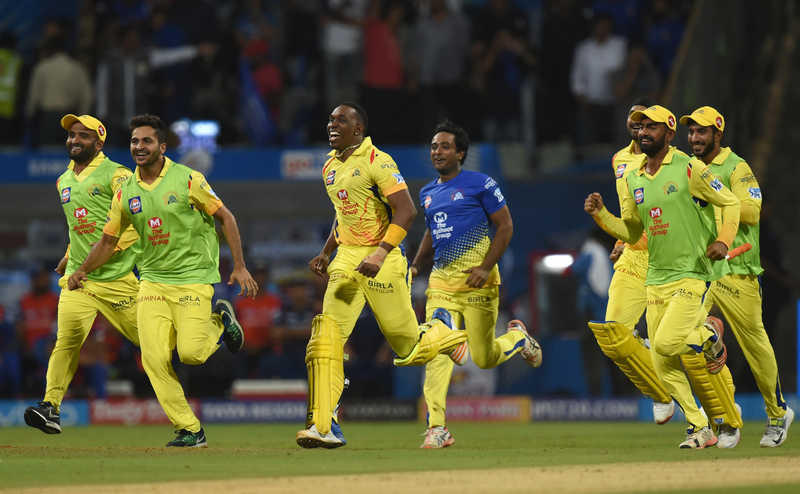 The stage was set for a CSK comeback. They were facing their arch-rivals, Mumbai Indians, at the iconic Wankhede Stadium, in the lung-opener of the season which marked their return. A victory would mark their arrival in grand style but it did not seem turning into a reality for a major part of the game.

Chasing a modest total of 165, Chennai’s top-order succumbed to 75 for five in 12 overs. Mayank Markande’s dream debut, during which he had removed Ambati Rayudu and more importantly, MS Dhoni, derailed their run-chase which had not taken off as yet. Few overs later, Kedar Jadhav pulled his hamstring and had to walk off the field. In a matter of few more overs, they were down to 118 for eight.

It all came on Dwayne Bravo. More than a capable batsman to provide the finishing touch to a T20 innings, Bravo’s batting had taken a back step as his role was more of a bowling allrounder. He had last scored an IPL fifty in 2015. The door to a victory seemed shut for Chennai.

However, Bravo was well set at 29 off 19 when Chennai required 47 off 18 balls. With no option left but to go after every ball, Bravo collected 20 runs each from Mitchell McClenaghan and Jasprit Bumrah in an astonishing counter-attack before heading back for 68 off 30 balls and bringing the equation down to seven runs off the last over.

Jadhav came back, effectively on one leg and smashed the fourth and fifth ball of the over for boundaries completing Chennai’s heist which was governed by Bravo’s blistering knock. 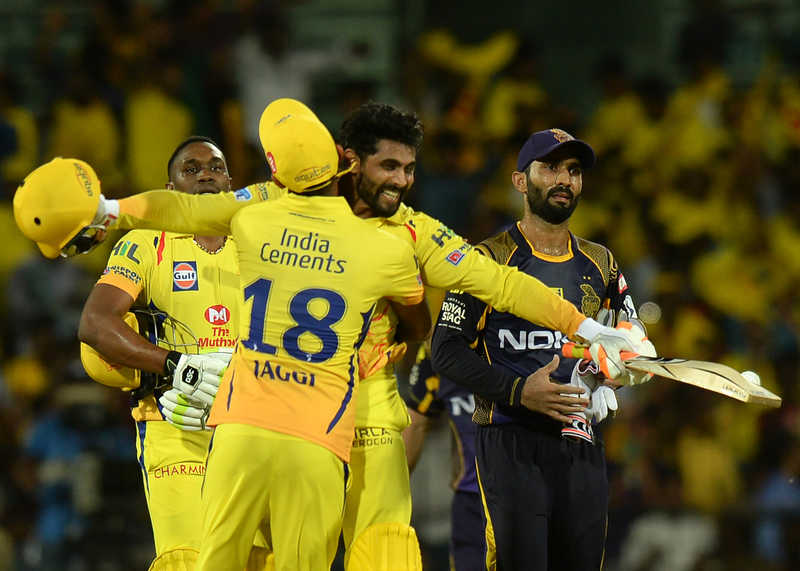 Chennai’s second game of the season was as challenging and special as their win at the Wankhede. This match brought them to their den, the Chepauk, for the first time since 2015.

Chennai started powerfully, thanks to Shane Watson’s quickfire 42 from 19 balls which placed them at 75 for one after the powerplay. But later on, Dhoni’s 28-ball 25 put them behind the eight-ball. After Suresh Raina’s departure, CSK still required 102 runs at a required run-rate of 12 an over and the skipper, Dhoni was struggling.

In such testing circumstances, CSK found an unlikely hero. Sam Billings, playing his first game for the franchise, batted with urgency. He was the aggressor in a 30-ball 54-run stand for the fourth wicket with Dhoni. He contributed 30 runs off 14 balls without playing a single dot ball.

He accelerated further after Dhoni’s dismissal completing his half-century off 23 balls, the fastest of his T20 career at that point. His 56 from 23 balls changed the tide of the game.

CSK, however, still needed 17 from the last over. Bravo and Ravindra Jadeja ensured that Billings’ hard work didn’t go to waste. They had little help from Vinay Kumar whose first ball of the over was a waist-high no-ball deposited for a six by Bravo. Jadeja ended the game on the fifth ball giving CSK their second win of the season in as many games. 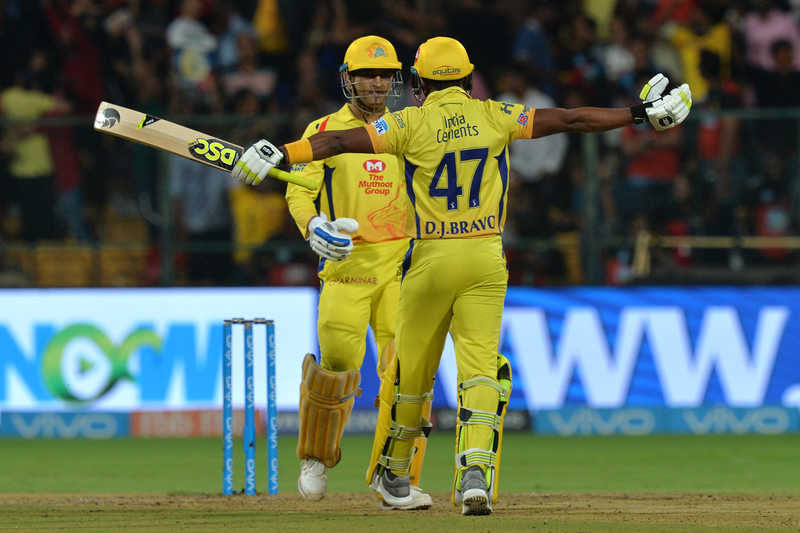 Another 200-plus game and another close finish by Chennai. In batting friendly conditions of the Chinnaswamy Stadium, chasing Bangalore 205 was not an impossible task but Dhoni’s men suffered a slow start. They were 74 for four after nine overs. The required run-rate was 12.1 with four batsmen in the hut. But Dhoni was still in the middle and today, he was in full flow.

Batting with Ambati Rayudu, Dhoni added 101 runs for the fifth wicket off only 53 deliveries. Dhoni contributed 55 runs to the partnership facing only 30 deliveries.

The duo were particularly severe on the weakest link in their opposition’s bowling line-up - Corey Anderson - who ended up leaking 58 runs in his 22 balls without taking a wicket. Anderson had bowled only one over until he was re-introduced to the attack in the 16th over, a point at which Chennai still needed 71 ruins from 30 balls. When Rayudu was out for 82 off 53 balls, Bravo took over from him.

CSK needed 16 off the last over and Bravo ensured the pressure stayed on Anderson with a four and a six from the first two balls. Dhoni deposited the ball into the stands once again on the fourth delivery sealing a stunning victory for Chennai. 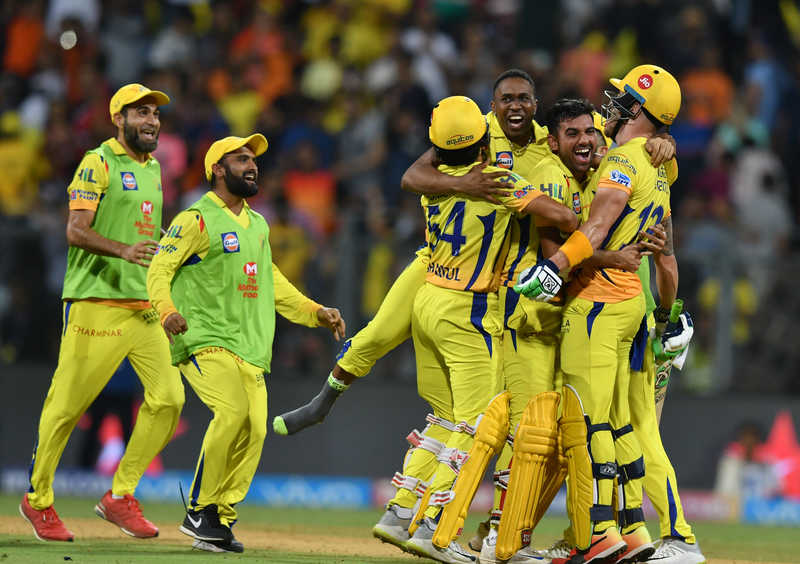 It was the first qualifier. A spot in the final was up for grabs. Winning the toss, Chennai reduced the table-toppers, Sunrisers Hyderabad for a sub-standard 139. But if there was any side that could defend that score, then it was Hyderabad.

The Kane Williamson-led side began in great fashion with the ball sending Watson back in the first over. They kept taking wickets reducing CSK to 62 for six. The only specialist batsman left in the middle was Faf du Plessis. However, he was batting in only his fifth game of the season with very little runs in the competition to put anyone’s faith on him to pull it off.

Du Plessis took the game deep. He added 30 for the seventh wicket with Deepak Chahar where Chahar’s contribution was only 10. For the eighth wicket, du Plessis added 21 with Harbhajan Singh where the latter contributed 2. More importantly, the partnership went into the 18th over which allowed du Plessis to break free without the risk of the side getting bowled out. CSK required 43 from the last three overs. Facing four balls from, Carlos Brathwaite, in the 18th over, du Plessis picked up three fours and a six shifting the momentum.

He further received help from Shardul Thakur, the number 10 batsman, who collected three fours from Siddharth Kaul’s penultimate over bringing the deficit down to six in the last over. Du Plessis did the needful with a six off the first ball in the final over to pull off a great escape for CSK and taking them to the final in their comeback season.

CSK won by 4 wickets on the last ball 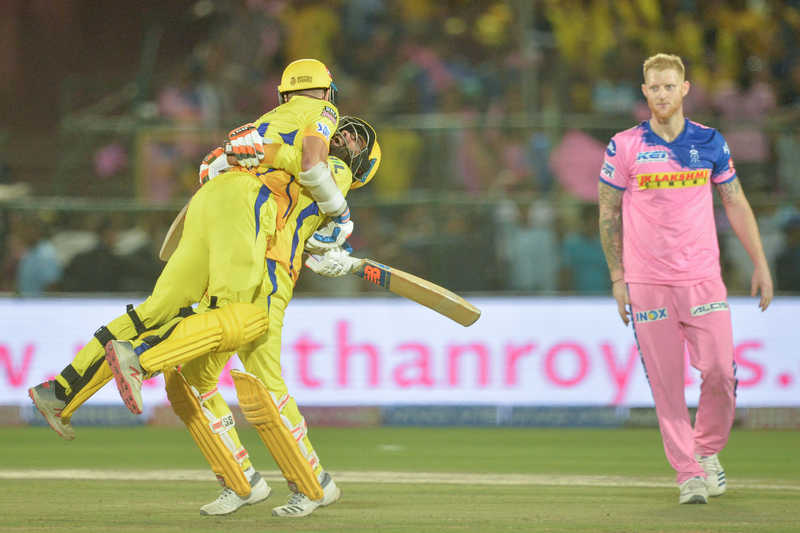 Chennai had quite a few close games not going their way in the 2019 season. They lost by 1 run to RCB and then to Mumbai in the final. But in this group game against Rajasthan Royals, they came back from the dead to seal a memorable victory off the last ball of the game.

In a run-chase of 151, Chennai had a chaotic start against the rejuvenated Royals’ attack with the new ball. CSK were restricted to 24 for four in the powerplay and the target of 152 looked beyond their reach. Dhoni and Rayudu put their head down to forge a 95-run stand from 71 deliveries which put them back in contention.

Chennai needed 18 to win in the last over. Their trust lay in skipper Dhoni who was well set with a half-century to his name. On the other hand, after conceding four sixes in the final over of the World T20 final in 2016, Ben Stokes had another chance to test himself in similar circumstances.

His first ball was smacked over long-on for a six by the bottom of Jadeja’s bat who fell over while executing the shot. Under the pump, Stokes responded with a no-ball. The target came down to 8 off four balls with Dhoni on strike. But Stokes staged a comeback with an immaculate yorker beating Dhoni’s bat-swing to clatter into the stumps.

It came down to 3 runs off the final ball. Mitchell Santner, having faced only two balls till then, struck Stokes over long-on completing another steal for the Chennai Super Kings.