Five performances that lit up the knockouts

Five performances that lit up the knockouts

Big games and solid displays sprinkled with some drama

Euphoria and heartbreak are inevitable in any knockout game – more so when the game in question is part of the biggest prize in cricket, the quadrennial World Cup.

On that stage, many falter due to pressure and end up with heartbreak; a select few rise to situation and etch their names into the history books. Here are a few such: 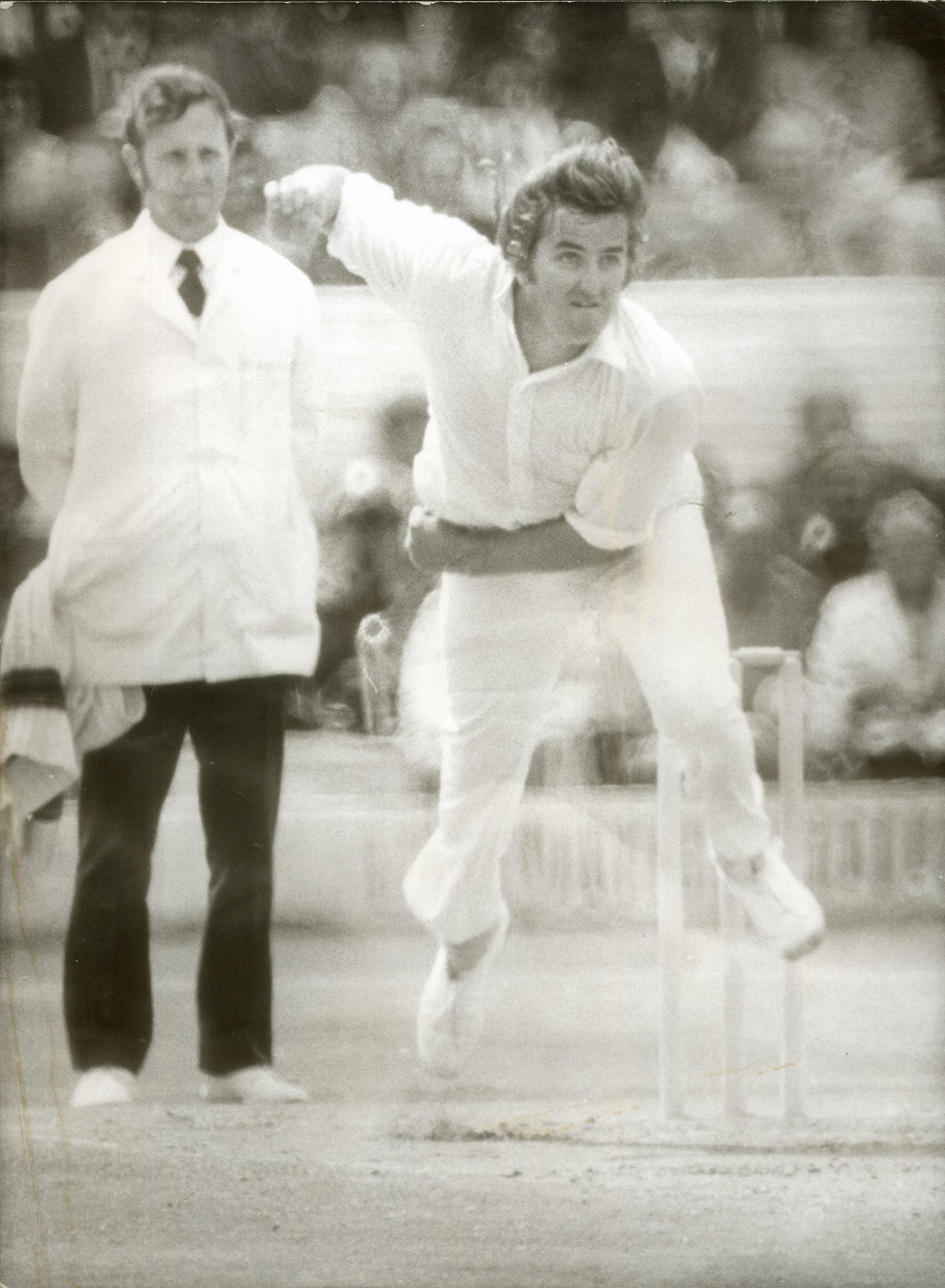 The lanky, unassuming 23-year-old Australian bowled the spell of his career to seal Australia’s berth in the final of the inaugural cricket World Cup.

Up against hosts England at Headingley in Leeds, Ian Chappell won the toss and elected to field first. In a fabulous display of swing bowling, Gilmour left the English top-order in tatters, knocking off the top six batsmen and reducing the batting side to six for 36. Dennis Lillee and Max Walker then cleaned up the tail to leave Australia chasing a modest 94 in 60 overs.

England in its turn bowled well to reduce Australia to 39 for six before Gilmour added the icing to his bowling cake, scoring at a run a ball and seeing the Australians home with a 28. In the semifinal at Old Trafford, Manchester, Indian skipper Kapil Dev opted to use Amarnath as a sixth bowling option, and it bore massive rewards. The medium pacer picked up the prize scalps of David Gower and Mike Gatting to deflate the English, who managed just 213 all out in their stipulated 60 overs.

Sunil Gavaskar and Krishnamachari Srikkanth gave India a solid start; once they fell, Amarnath – batting at number three – teamed up with Yashpal Sharma to steady the Indian chase. By the time Amarnath was run-out, India were in a comfortable position at 142 for three, from which point Sandeep Patil played a breezy 51 off 32 to put India in the final for the first time.

The Eden Gardens was packed to the rafters as hosts India took on a formidable Sri Lankan side in the semifinal of the 1996 World Cup. Pace spearhead Javagal Srinath was in blistering form, removing Romesh Kaluwitharana, Sanath Jayasuriya and Asanka Gurusinha in quick succession, leaving the Lankans in tatters at 35 for three.

But de Silva was in devastating mood, smashing 66 off just 47 balls before falling prey to Anil Kumble. His knock was the boost the Lankan middle order needed; Roshan Mahanama (58), Arjuna Ranatunga (35), Hashan Tilakaratne (32) and and Chaminda Vaas (23) chipped in to take Lanka to a respectable 251 for eight – a score that, despite Sachin Tendulkar’s gritty knock, proved too much for India to chase; led to a riot at the Gardens, and prompted Clive Lloyd the match referee to give the game to the visitors. 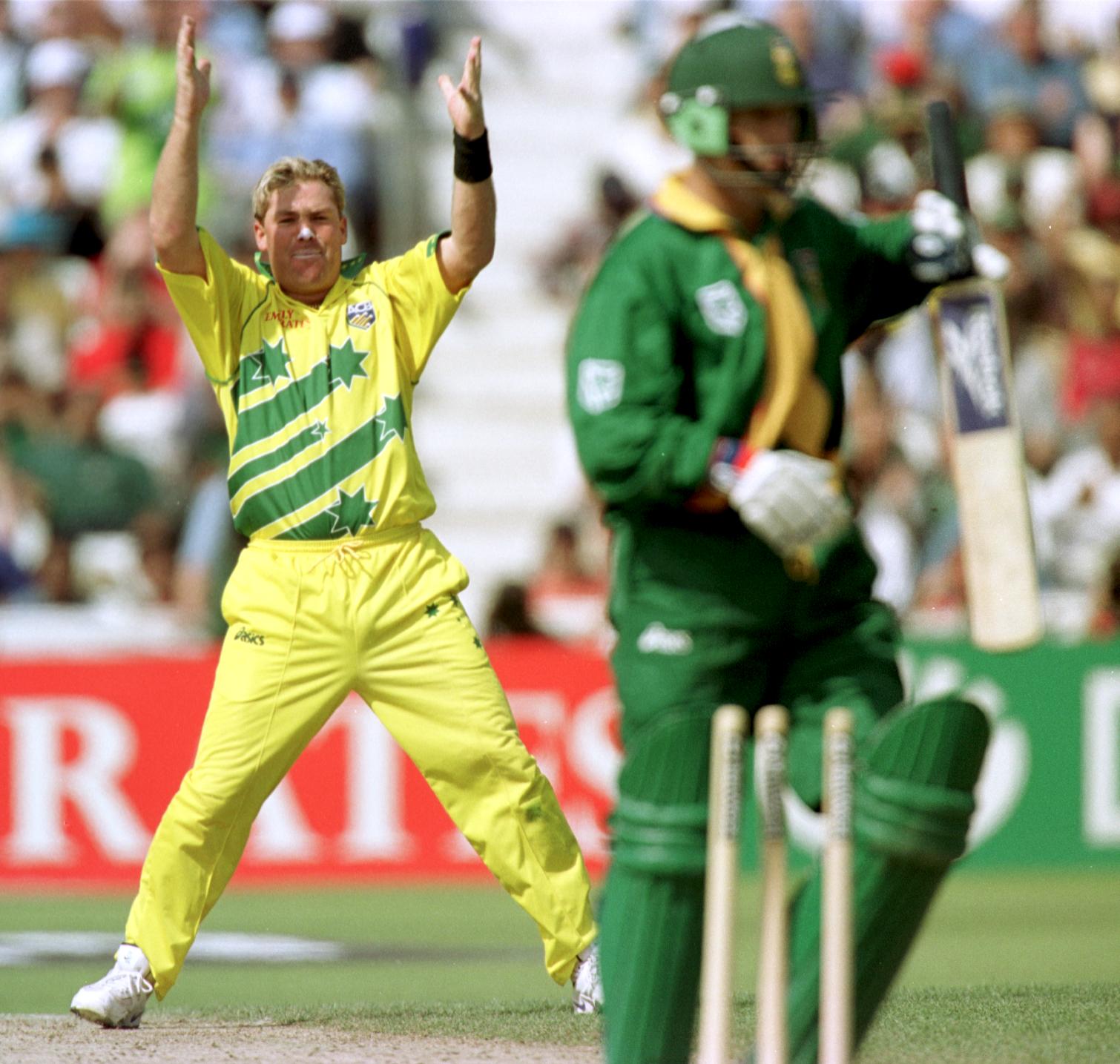 Birmingham was the setting for one of the most bizarre ties in World Cup history. A star-studded Australian side locked horns with an equally competitive South Africa. Despite losing Mark Waugh early, Adam Gilchrist (20) and Ricky Ponting (37) went about rebuilding the innings, but a flurry of wickets saw Australia in a precarious position at 4/68.

Skipper Steve Waugh (56) and the workman-like Michael Bevan (65) put up dogged resistance; an 18-run cameo from Shane Warne pushed the Aussie score to 213 all out in 49.2 overs.

South Africa came out with purpose, in pursuit of a first World Cup final appearance. Herschelle Gibbs and Gary Kirsten were looking solid as the Proteas posted 48 for no loss in 12 overs before the Warne show began.

The leggie first dismissed Gibbs with a ball pitching outside leg and turning viciously to clip the top of off stump. A double blow in his next over – first Kirsten and then, controversially, Hansie Cronje, with replays suggesting that the ball had gone to first slip off the boot, not the bat -- left South Africa in a precarious position.

Jacques Kallis and Jonty Rhodes put up some resistance, but Warne followed up a first spell of 8-4-12-3, with a second spell where he accounted for Kallis to finish with 4/29.

18 runs needed off 12 with three wickets in hand; then nine needed off the final over with just one wicket left. The prolific Lance Klusener hammered Damien Fleming for two boundaries off the first two balls of the over to ease the nerves. What should have been South Africa’s ecstasy ended in heartbreak when Klusener pushed the ball towards mid-off and took off for what he thought was the winning run. His partner Alan Donald however hadn’t moved; both batsmen ended up at the same end when Fleming rolled the ball to Gilchrist, who whipped off the bails in what became the first World Cup tie. And it was Warne, with a masterful display, that triggered the Proteas slide. 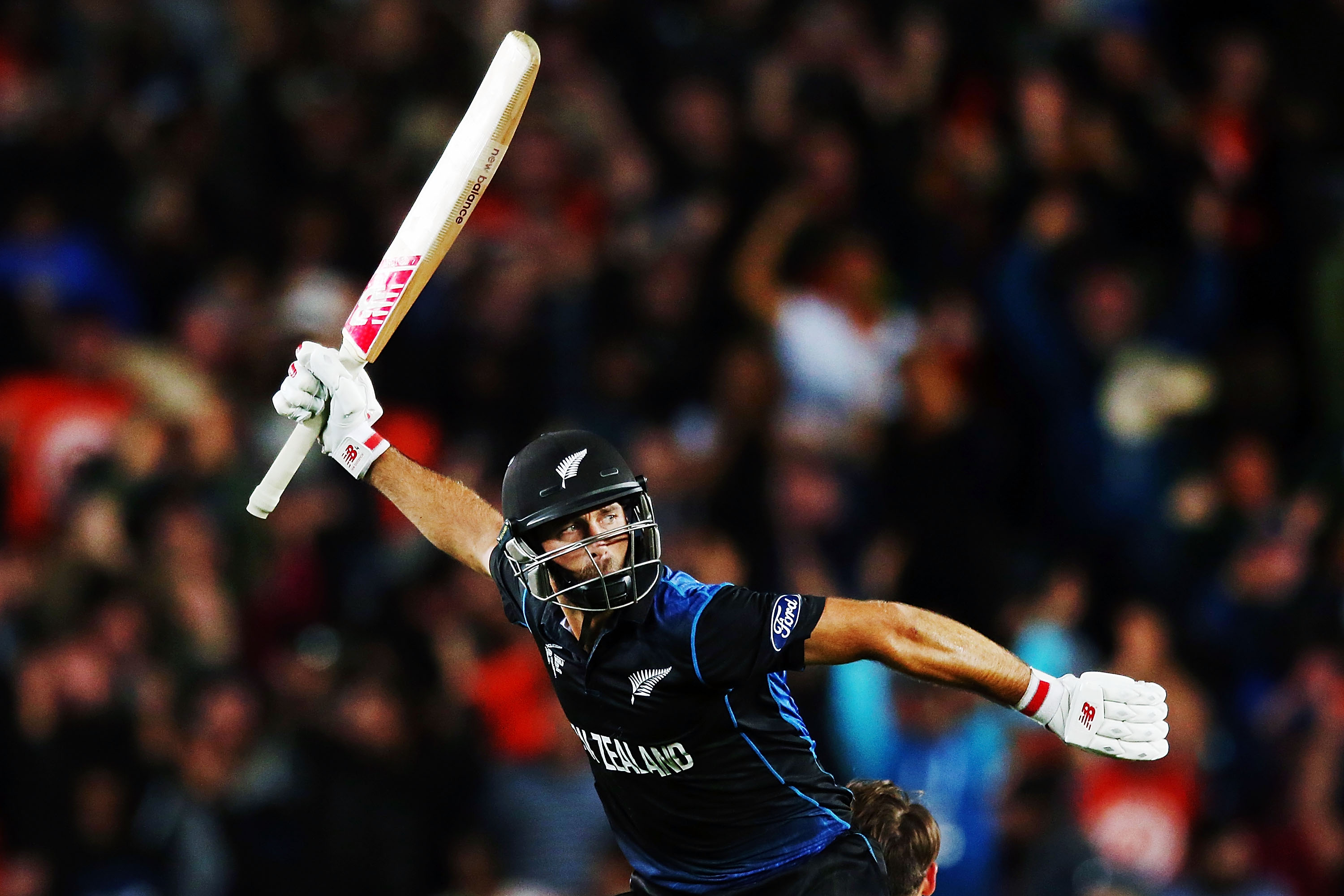 Dale Steyn charges in, and sees the ball disappear over the long-on boundary. South Africa are once again in tears at the World Cup, but one man’s elation knows no bounds.

The six meant that Elliot’s adopted country, New Zealand, was in the finals of the World Cup at the expense of South Africa, the nation of his birth.

Showers had reduced the game to 43 overs, New Zealand were set a daunting 298-run target. At his effervescent best, Brendon McCullum handed the Kiwis the perfect start, plundering 59 in 26 balls. A lacklustre middle-order left New Zealand in a difficult position, but a mature knock from Corey Anderson (58) and Elliot’s (84 not out in 73 balls) fireworks proved enough.

ANALYSIS
Flashes of brilliance in World Cup finals
From Lloyd to Dhoni, a look at phenomenal performances on the biggest stage