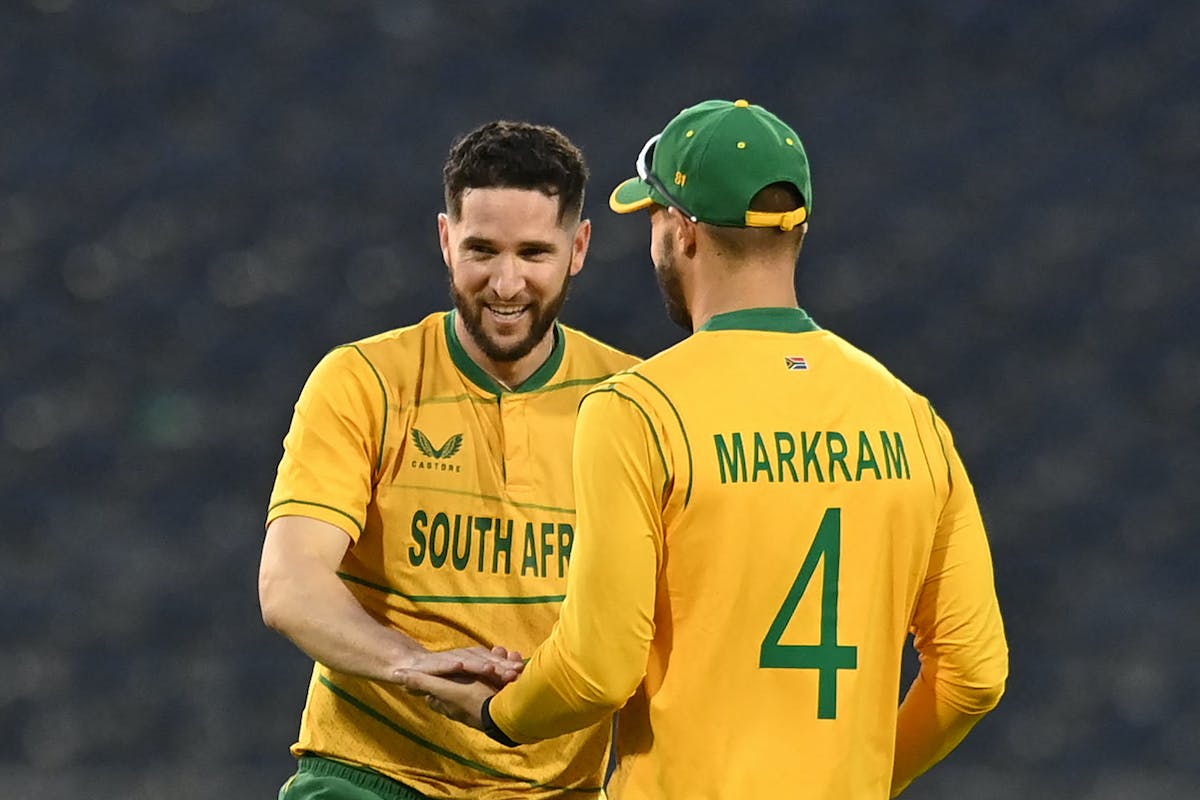 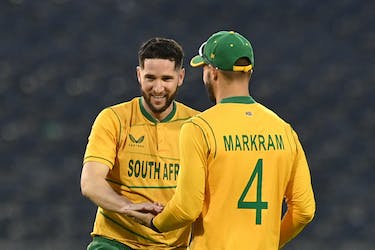 Miller scored 34 on his return for the Proteas

The 33-year-old left-arm quick took 5-30 as Ireland, chasing 183 to win, were dismissed for 138 in what was their eighth successive defeat at this level ahead of a T20 World Cup where South Africa will be one of the leading contenders on this form.

"It was just about keeping things simple, doing the basics," said Parnell at the presentation ceremony.

Ireland have run India and New Zealand close this season and they only lost Wednesday's series opener against the Proteas, who've now won four of their last five T20s following a 2-1 success against England, by 21 runs. But Ireland captain Andy Balbirnie accepted his side had been well-beaten on this occasion.

"We didn't show up with the bat," he said. "It gets very hard when you lose so many wickets."

Parnell put a dent in Ireland's chase early on, reducing them to 2-2 with two wickets in consecutive balls. Balbirnie fell for a duck when he chipped to cover and Lorcan Tucker, fresh from his 78 in the first T20, went first ball when he miscued to mid-on.

The in-form Harry Tector survived the hat-trick, and with the experienced Paul Stirling started to repair the damage. Stirling had hit two fours and two sixes in a score of 28 when he was struck a painful blow in the groin by fast bowler Lungi Ngidi.

The next ball proved his undoing, with Sterling slicing a well-disguised slower delivery from Ngidi to Aiden Markram on the offside. Parnell followed up with two wickets in three balls, Curtis Campher caught behind on the reverse sweep before Tector holed out off a miscued pull for 34.

Then, in his 45th match at this level, Parnell had a fifth wicket when Andy McBrine was brilliantly caught by diving wicketkeeper Quinton de Kock. That left Ireland 96-9, with tailender Barry McCarthy's entertaining 32 merely delaying defeat.

Ireland opt to bowl first in the second T20I 🏏

Earlier, South Africa captain David Miller marked his return with an unbeaten 32 and a rapid stand of 71 in 33 balls with Heinrich Klaasen that helped the Proteas post 182-6. Miller, who missed Wednesday's match with back spasms, hit three sixes after tight Ireland bowling had initially left South Africa struggling for runs, with opener De Kock again out cheaply.

Klaasen's 39 took only 16 balls after opener Reeza Hendricks had just fallen short of a fifth successive T20 international fifty when out for 42. But Ireland pulled things back in the field following leg-spinner Gareth Delany's 2-24.

This was South Africa's last match at this level before they finalise a squad for the T20 World Cup, which will go to India for a three-match series in September ahead of the showpiece tournament in Australia.

Miller, asked about the competition for places in the team, replied: "It's a good problem to have with the World Cup coming."

Ireland are at home to Afghanistan in a five-match series later this month.