Fresh start awaits India and England ahead of T20WC 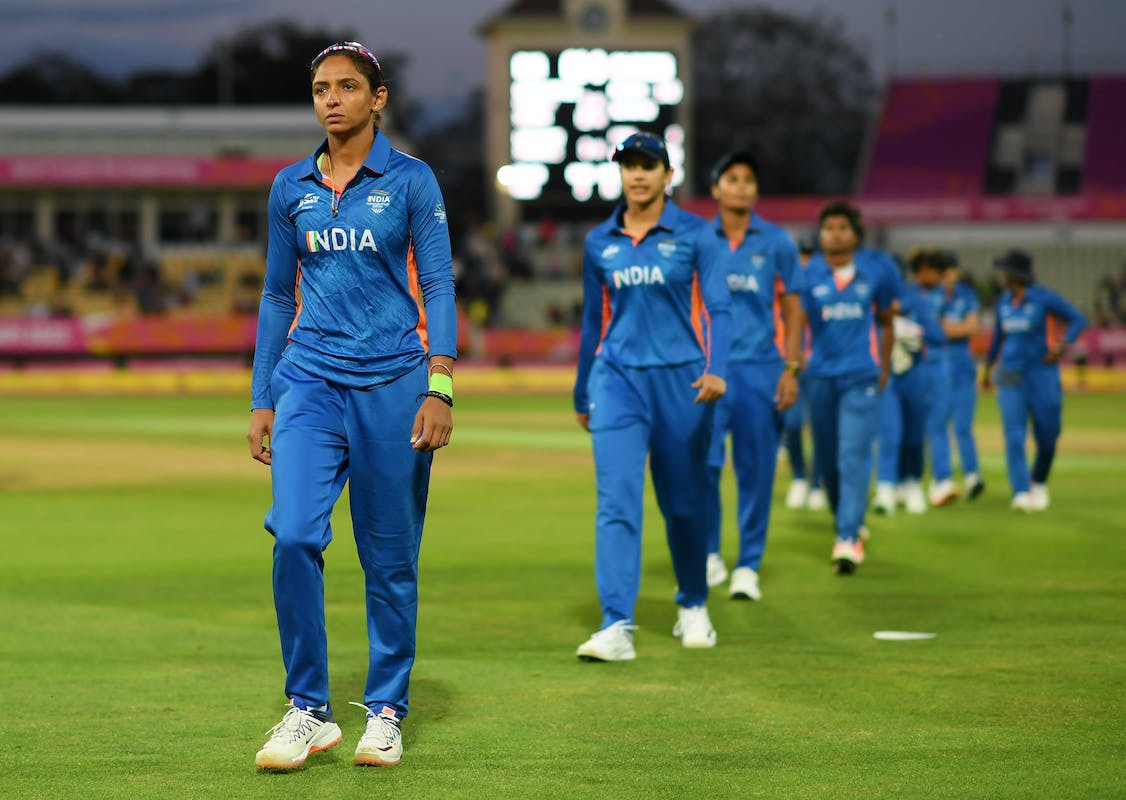 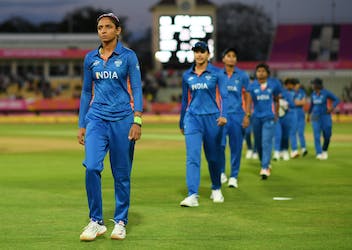 Fresh start awaits India and England ahead of T20WC

With the mega event set to take place in six months, the three-match series will be an ideal opportunity for the teams to fine-tune their combinations

The growing fanfare about women's cricket and the increase in the number of international fixtures has given the fans plenty of reasons to smile and cheer for their favourite teams and players in recent times.

With the inclusion of women's cricket in the Commonwealth Games and the introduction of the first Women's Future Tour Program, it is fair to say that women's sport is heading in the right direction.

The overwhelming success of the Commonwealth Games and the second edition of the Hundred prompted many cricketing pundits to stand and applaud the growth in women's sport.

In a conversation with Sky Sports, Nasser Hussain said, "The women's tournament was exceptional, and it goes from strength to strength."

The former England skipper was unerring in his observation about the development of the tournament and the glaring attention from the media and stakeholders in building the fanbase for the sport and the players.

Now, almost a month after drawing curtains to one of the most celebrated multi-sport events in recent times, the nation is back to hosting one of the most riveting rivalries of the modern era.

The Women in Blue will compete in a white-ball series comprising three T20Is and three ODIs starting Saturday, September 10, at the Riverside Ground in Chester-le-Street against the hosts as a build-up to the T20 World Cup in South Africa early next year.

The last time these two sides locked horns was in the semi-finals of the Commonwealth Games, where England endured heartbreak in front of a capacity crowd at Birmingham. 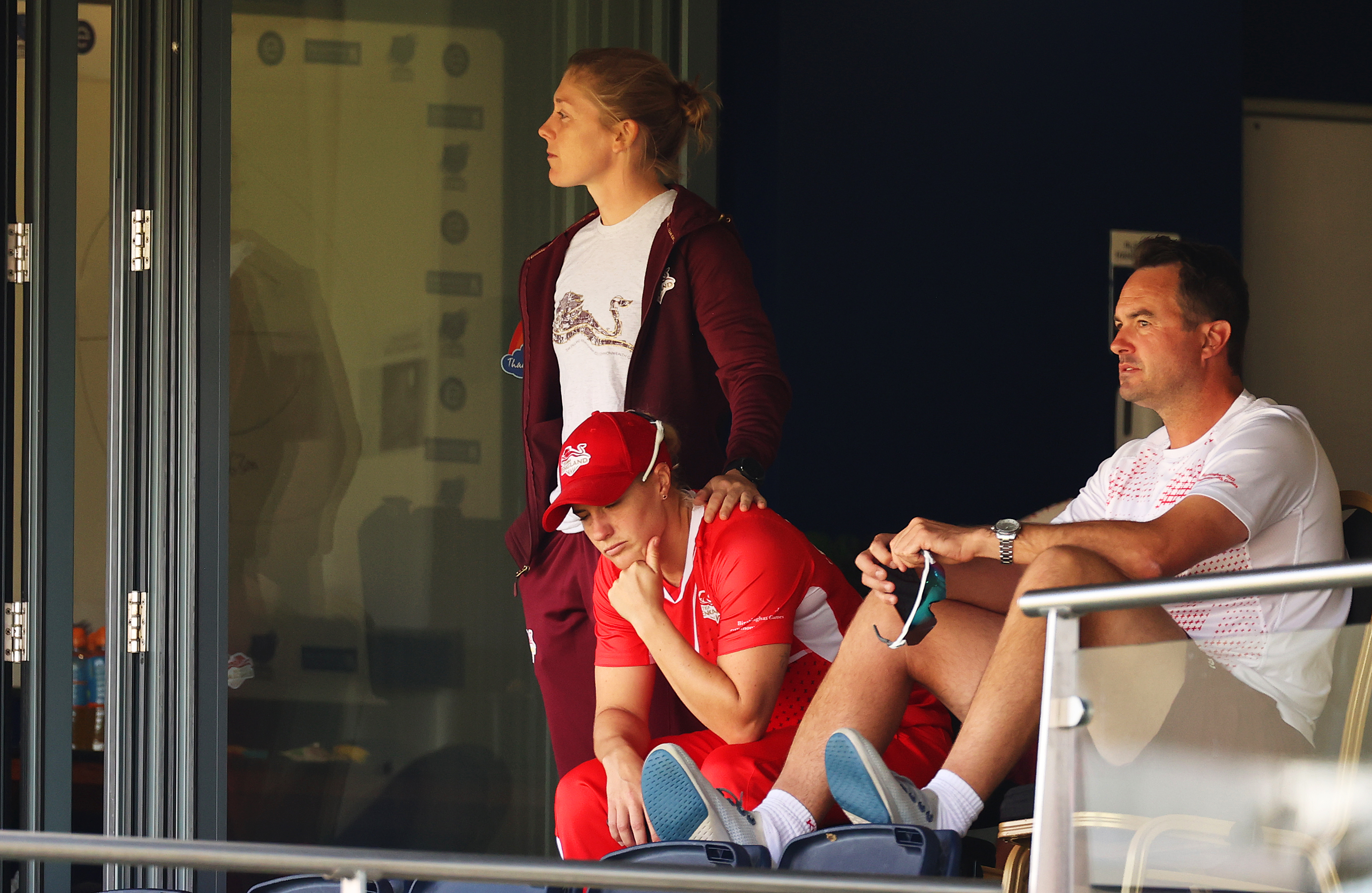 While India, too, went agonizingly down in the summit clash, the Games managed to give the teams a fair idea of the chinks in their armour ahead of the mega event.

The three-match T20I series will provide the teams with an ideal opportunity to try out their combinations as the road to the World Cup officially commences, with the teams having plenty to ponder.

India aim to find a finisher

One of the talking points in India's nine-run defeat to Australia in the final was the lack of finisher in the batting unit. Despite being in a commanding position for the majority of the run chase, the Women in Blue lost a flurry of wickets in the back end of the innings, leading to their downfall. 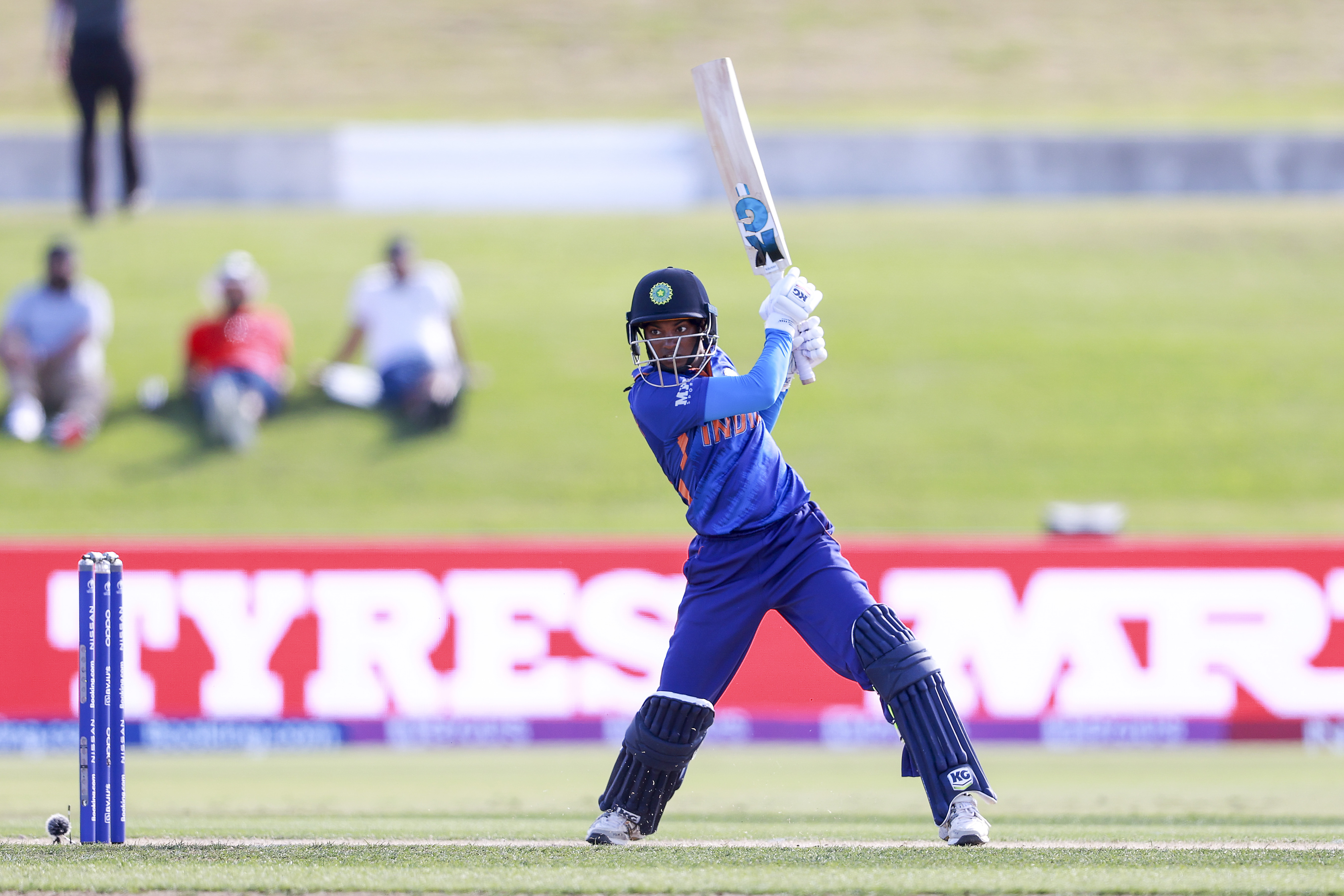 While India have relied on Pooja Vastrakar to don the finisher's hat, the youngster will need more assistance from the batters around her to settle into this new role with only a handful of games remaining before the coveted trophy.

With the pressure of the asking rate and the magnitude of the game often leading to the Women in Blue crumbling in the run chase, the team management opted to give Richa Ghosh a new lease of life.

The wicket-keeper batter was dropped for the Commonwealth Games owing to poor form, but with lack of hard-hitting batters down the order, the 18-year-old could be more than handy on wickets conducive for stroke play in England as well as in the land of the Proteas.

The selectors have also backed Kiran Navgire, who took the cricketing world by a storm in her debut game of the Women's T20 Challenge for Velocity. 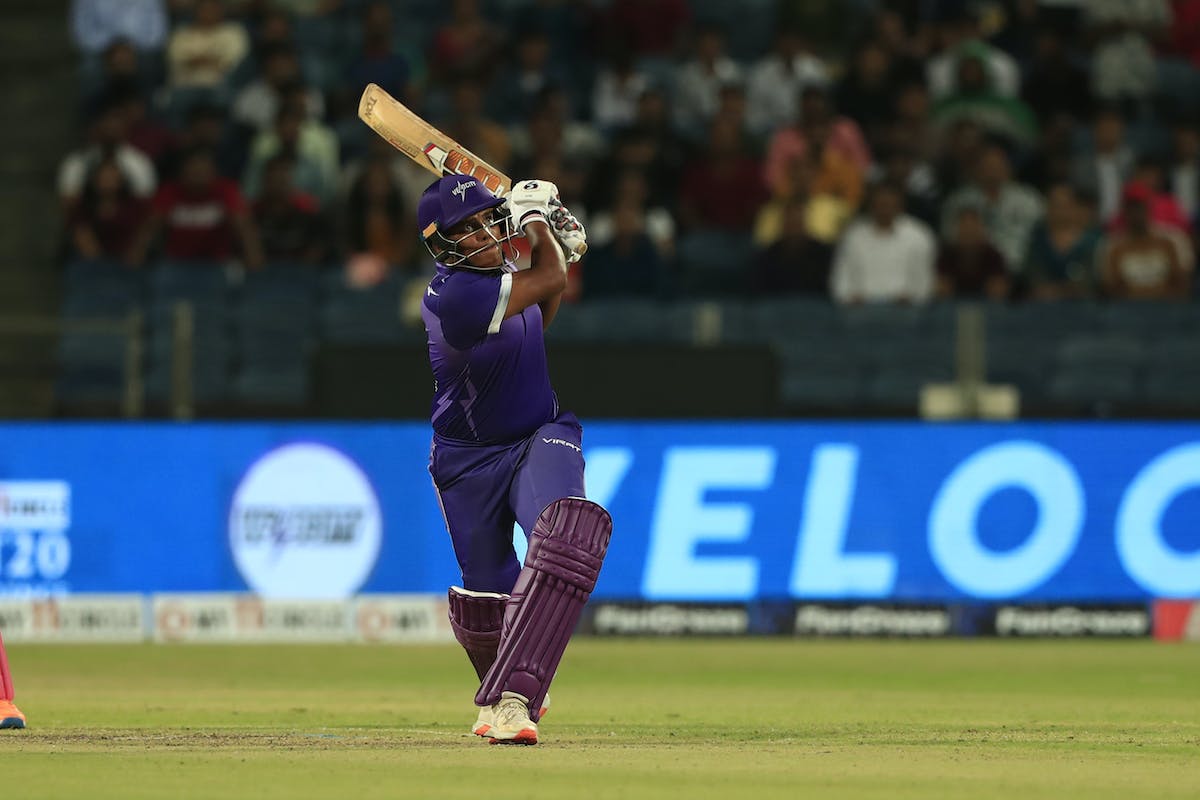 Coming from a humble background in the small city of Solapur, the right-handed batter smashed the fastest half-century in the league off 25 deliveries to showcase her talent and inspire many young kids to never give up on their dreams.

Also read: A night to remember for Kiran Navgire

The 27-year-old comes in with a reputation of clearing the boundary cushions with ease and could be a perfect partner to Vastrakar down the order and take the attack to the opposition bowlers from the get-go.

While India are struggling to close out games at the death, England have been compounded with problems of their own as the home team lack experience in the middle order.

With their regular skipper, Heather Knight ruled out due to a hip injury during the Games, Natalie Sciver led the side in her absence. However, in heartbreaking news, Sciver announced that she would be taking a break from the white-ball series against India to focus on her mental health.

In a statement released by England Cricket, Sciver said, "I have played a lot of cricket over the last nine months, and I am very emotionally fatigued." 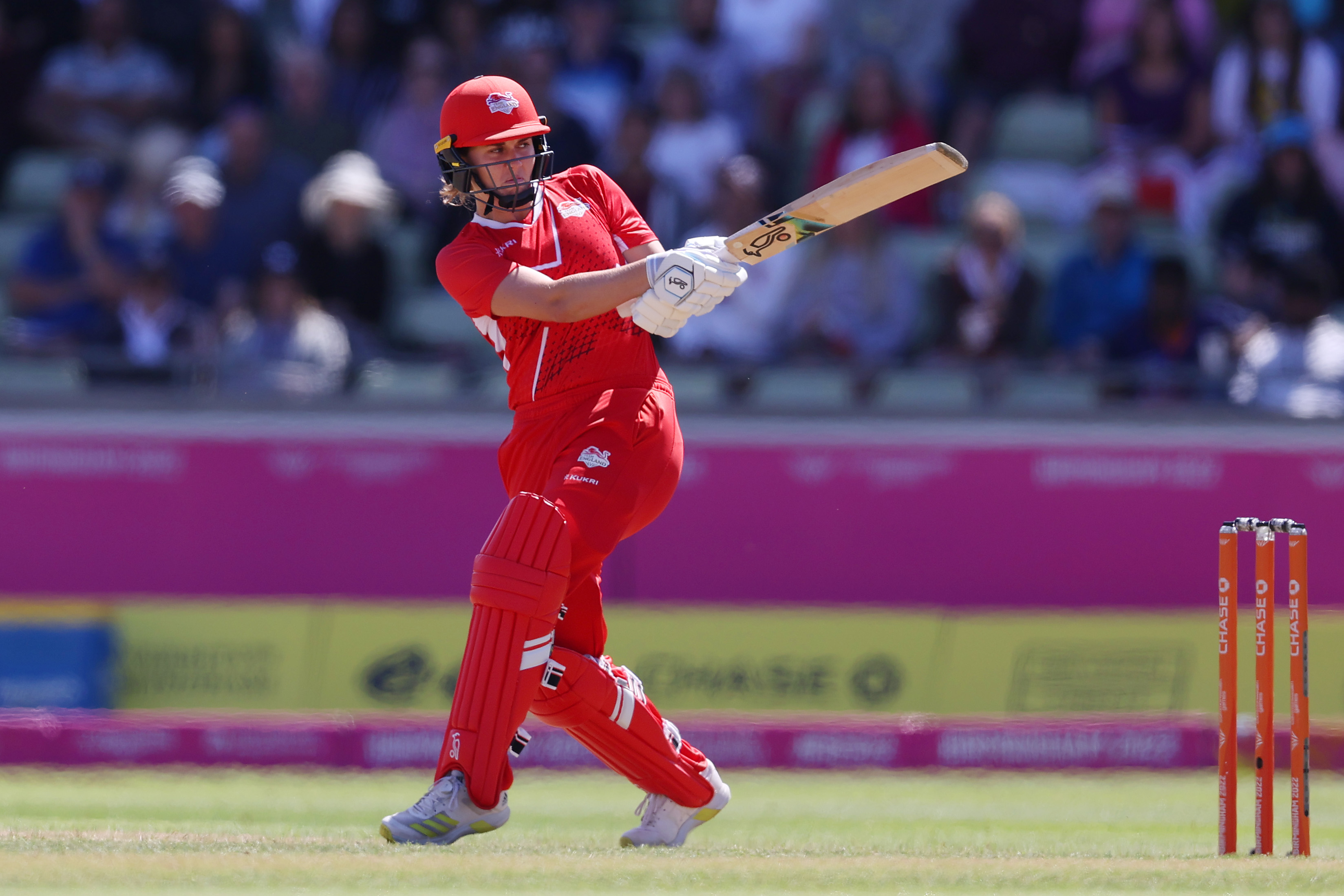 With two of England's best middle-order batters not available for selection, the home team will lack experience in the batting unit. However, it will also provide Alice Capsey with an opportunity to translate her domestic form into the international circuit.

At the tender age of 18, she has already taken the Hundred by a storm with her whirlwind performances, and England would be hoping for the teenager to maximise her potential in the coming series.

The onus of the side will also rely heavily on Danni Wyatt and Amy Jones to shoulder the bulk of the responsibility with the bat. The duo have a wealth of experience playing international cricket and also various franchise leagues across the globe and will be critical to England's chances against a formidable Indian side.