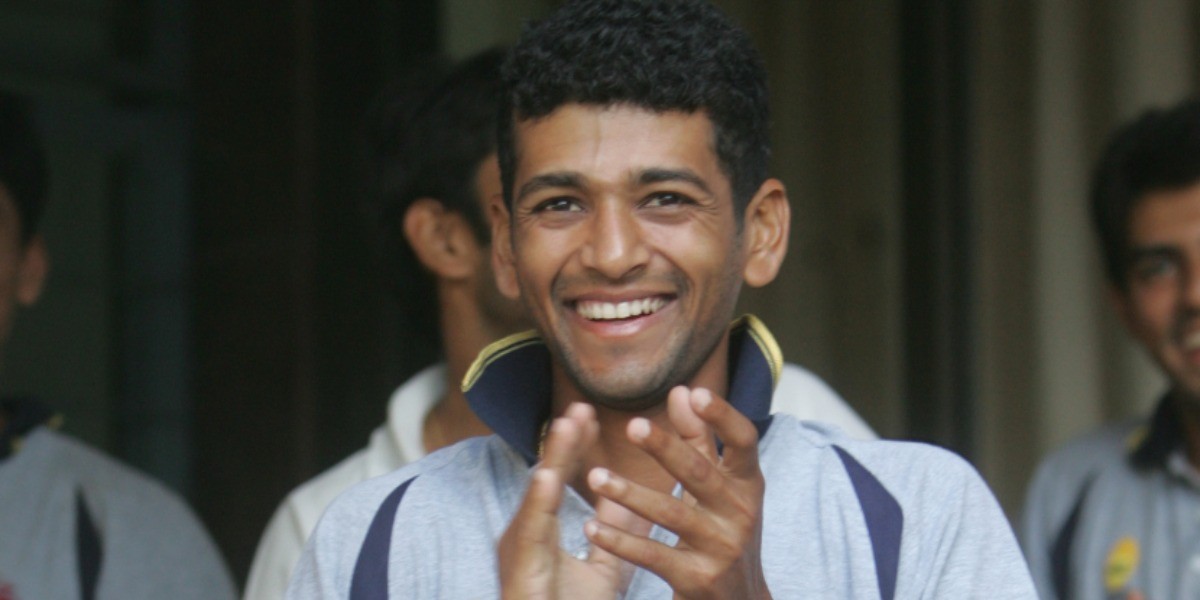 During the 2006-07 season, Mumbai were staring at a league-stage elimination after starting with draws against Bengal and Punjab which was followed by a nine-wicket drubbing at the hands of Hyderabad. While shaking hands with an elated opposition, Mumbai captain Amol Muzumdar told Hyderabad coach Vivek Jaisimha, “See you in the final, if you qualify.”

His words might’ve sounded desperate given the situation, but Mumbai did turn the season around. They won the next three matches with bonus points, qualified for the semifinals and lifted the trophy by beating Bengal in the final while Hyderabad failed to clear the group stage.

Muzumdar’s words were a prime example of Mumbai cricket’s Khadoos attitude – fight till the end even in the face of a defeat. For Ramesh Powar and Wasim Jaffer, Muzumdar was the most Khadoos player ever.

After winning eight Ranji titles as a player between 1993 and 2009, Muzumdar returned to the Mumbai dressing room for the 2021-22 season with a determination to lift it again as their head coach.

Winning at all costs

Despite winning the Vijay Hazare Trophy last season and depth of talent, India’s biggest domestic prize had eluded Mumbai for the past six years. Muzumdar’s fierce and motivating persona could be the answer to Mumbai’s struggles in the longest format.

“He was not just emotional, but he was practical. He would say we had to play with an attitude irrespective of whether Mumbai won or lost. Because of such an attitude, Mumbai would more often than not win matches and tournaments. It also brushed off on us players, who started buying into the win-at-all-costs motto by putting in efforts,” Powar said about Muzumdar, in a 2017 interview with ESPNCricinfo.

While the tough-as-nails approach has been the hallmark of Muzumdar’s playing career, his practical side had kept him from jumping into coaching a state team after his retirement in 2014. 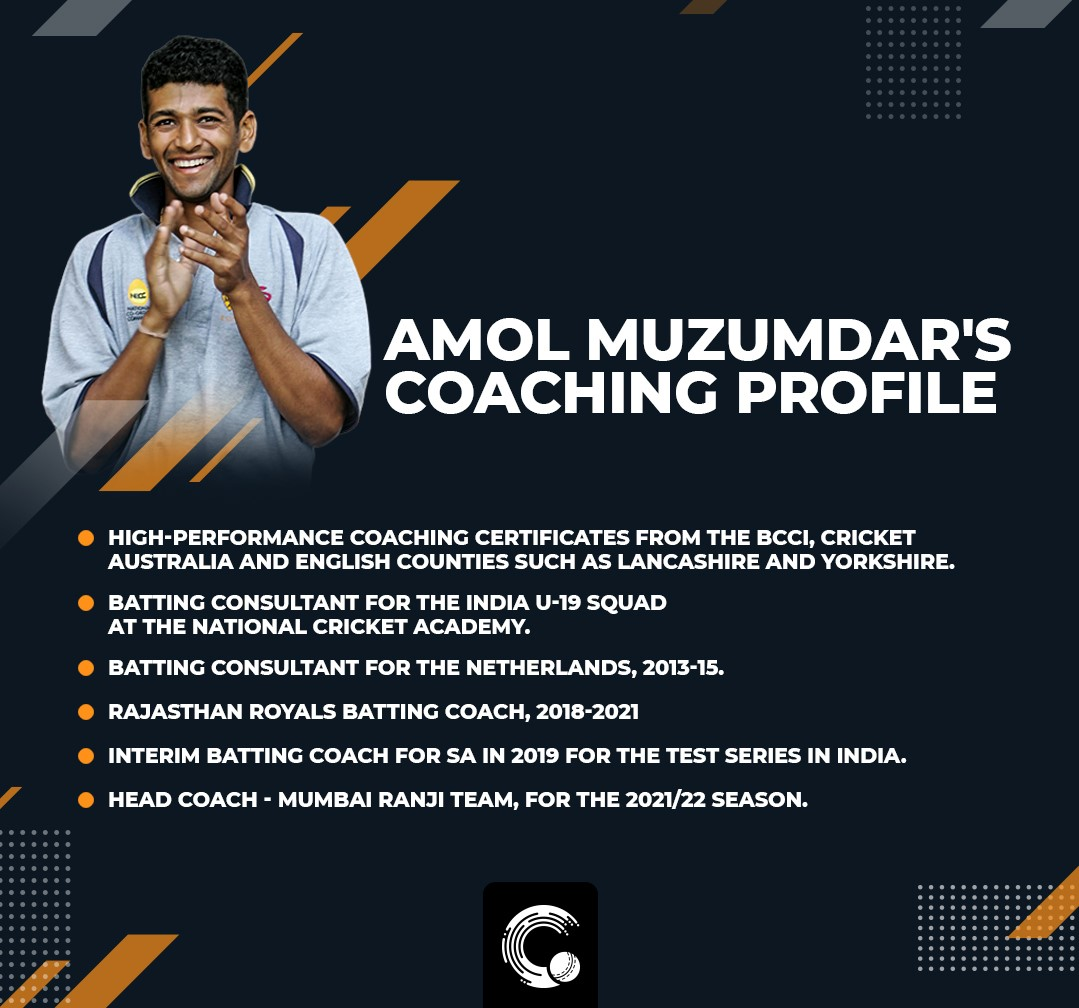 He focussed on earning his coaching credentials around the world and training players with different skill sets. He currently holds high-performance coaching certificates from the BCCI, Cricket Australia and English counties such as Lancashire and Yorkshire. He worked as a batting consultant for the India U-19 squad at the National Cricket Academy before working with India U-23. He was the batting consultant for the Netherlands 2013-15 and was appointed as South Africa’s interim batting coach in 2019 for the Test series in India.

Muzumdar, who had to rely on his instincts early in his career, has honed his analytical skills working with the younger lot - a trait he picked up as Sanjay Manjrekar’s deputy in the late ‘90s. He also keeps track of the latest technologies that are crucial in the data-driven modern game.

“As a coach, you need to be aware at all times of what is coming up. Here (Rajasthan Royals) we have implemented the Straight bat technology. There is a microchip on the back of the bat, which is really light and does not affect the weight at all. It gives data instantly to you on your device regarding various facets such as the backlift, downswing, the bat angle and bat speed,” Muzumdar told Sportstar in a recent interview during IPL 2021.

While Mumbai continues to be the gold mine of talent across all formats, the culture inside the hallowed dressing room has come under scrutiny. Current Mumbai skipper Surya Kumar Yadav had also felt that the younger players had to be reminded the importance of playing for the team.

Muzumdar, now equipped with over seven years of experience and a talented squad, has the perfect opportunity to emulate his former teammate Chandrakant Pandit, who led Mumbai to Ranji title 2015-16. 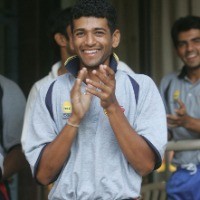 NEWS
Mumbai Cricket Association appoint Amol Muzumdar as Mumbai coach
Muzumdar was a domestic stalwart for Mumbai and later for Assam, and has been actively involved in coaching lately 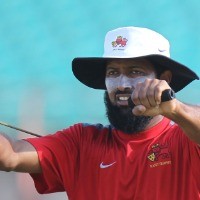 NEWS
Jaffer, Muzumdar, Bahutule among applicants for Mumbai coaching job
A total of nine candidates have applied for the post after Ramesh Powar was appointed the head coach of the Indian women's team 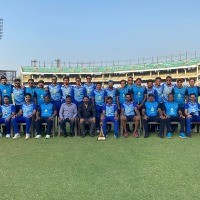 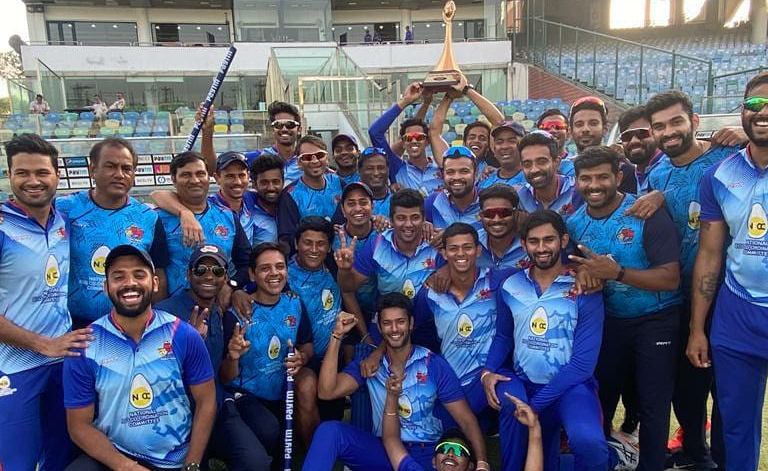 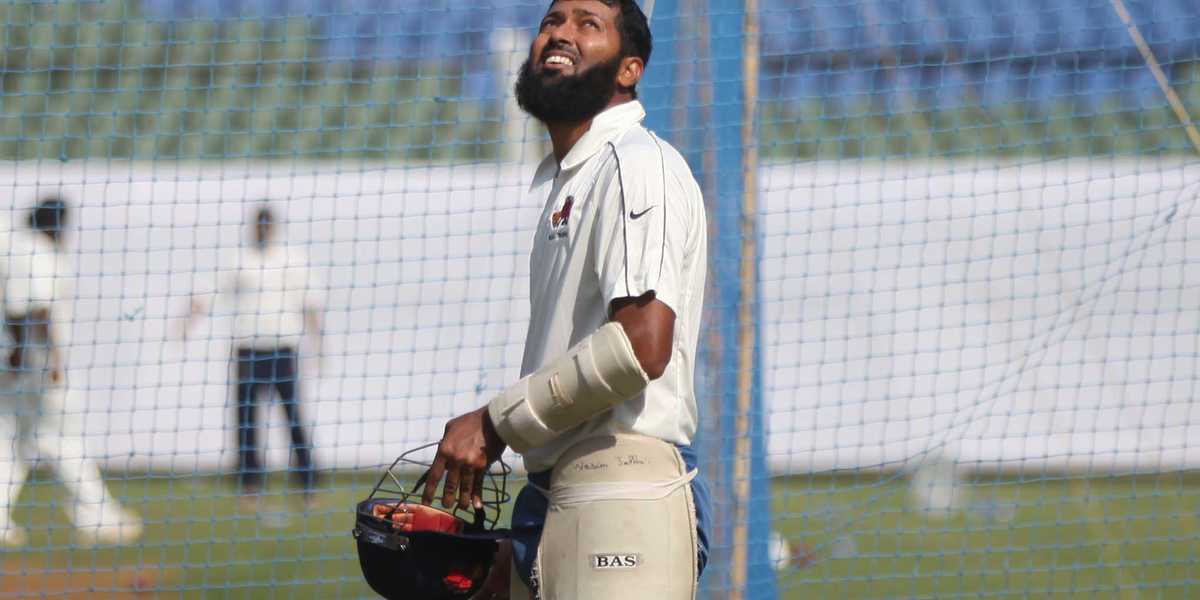 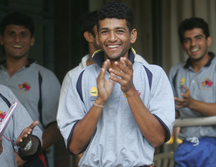