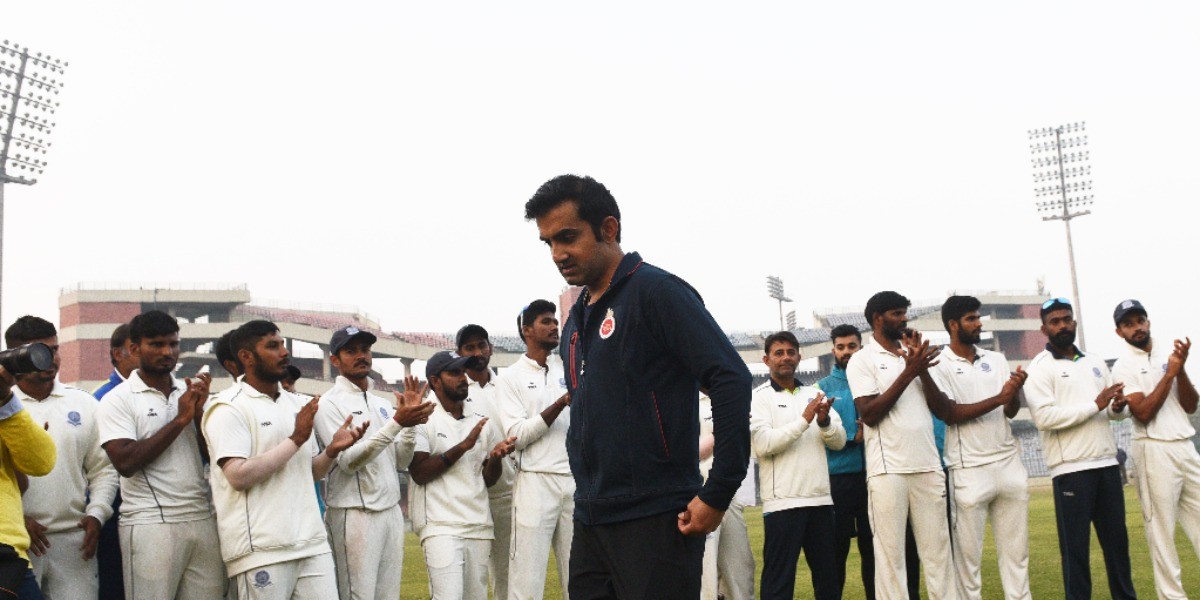 Former Indian opener and member of parliament Gautam Gambhir is planning to hold a T20 tournament featuring teams from the 10 constituencies of East Delhi at the Yamuna Sports Complex, according to a report by The Indian Express.

Gambhir, who played a crucial role in India's 2007 T20 World Cup and the 2011 ODI World Cup wins, said that the tournament's aim is to provide local players with facilities on par with the players at domestic level. The teams will have special coaches, sports kits for players and physiologists.

"The age criteria will be between 17 and 36 years. Trials would be held, and international-level players would select players from each constituency… transparency would be ensured in these trials and only people who are residents of the constituency can represent the teams," Gambhir told The Indian Express.

“The idea is to give good cricketing experiences to people of the constituency. In the process, if we find talented players whose potential has gone unnoticed due to lack of facilities, they would be further groomed,” he added.

Nicknamed as the East Delhi Premier League, the tournament will have three selectors who have played at the international level. The tournament is set to be played from the last week of October till November. Teams from Jangpura, Okhla, Trilokpuri, Kondli, Patparganj, Laxmi Nagar, Vishwas Nagar, Shahdara, Krishna Nagar and Gandhi Nagar constituencies would be selected after trials.

Each team would be auctioned after fixing a base price and the money generated from the sponsors would be used to provide facilities to players. The presence of spectators has not been confirmed yet as it would depend on the COVID-19 protocols.