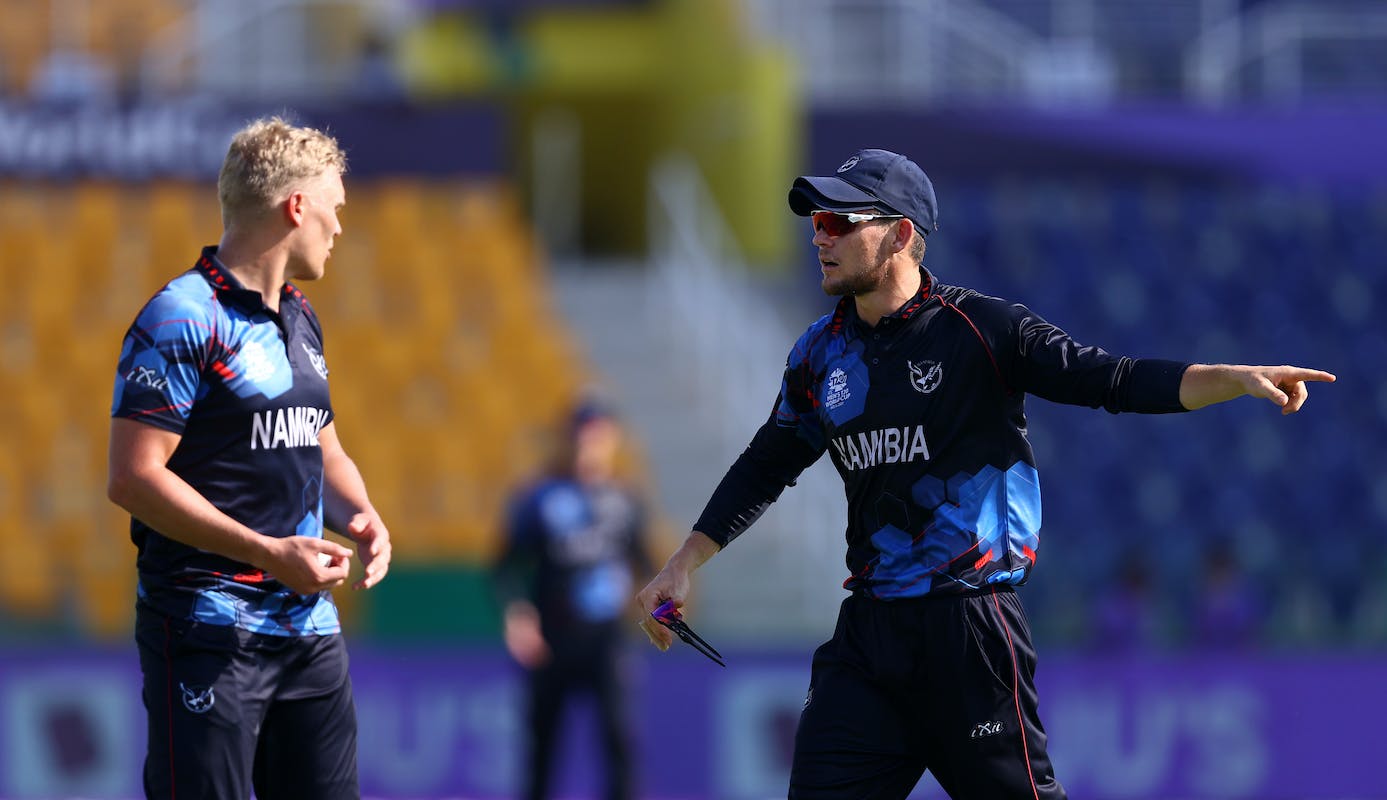 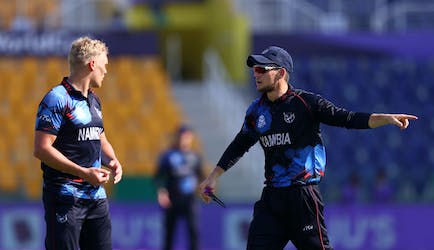 The Eagles have been grouped alongside Sri Lanka, Netherlands and the UAE in the first round of the mega event

Namibia have announced their 15-man squad for the T20 World Cup 2022. The Gerhard Erasmus-led side have gone in with a blend of youth and experience with a few new faces being introduced for the first time in the mega event.

The most prominent absentee is that of former skipper and senior batter Craig Williams who retired from the international scene recently.

In the T20 World Cup 2021, Namibia were placed in a tough group alongside Sri Lanka, Netherlands and Ireland. After their initial loss to Sri Lanka, they went on to beat the dutch and Ireland to make it to the Super 12, thereby earning a direct qualification for this edition.

They even went a step ahead and defeated Scotland in the Super 12s before losing their next four matches to Afghanistan, Pakistan, New Zealand and India.

In the mega event in Australia this year, Namibia have been placed alongside Sri Lanka, Netherlands and the UAE, who they will face in the first round. They kickstart the competition against the reining Asian champions, Sri Lanka, on October 16 in Geelong. They will face the Dutch on October 18, followed by their tie against UAE at the same venue.