Getting Babar out was a dream come true: debutant Rehan Ahmed 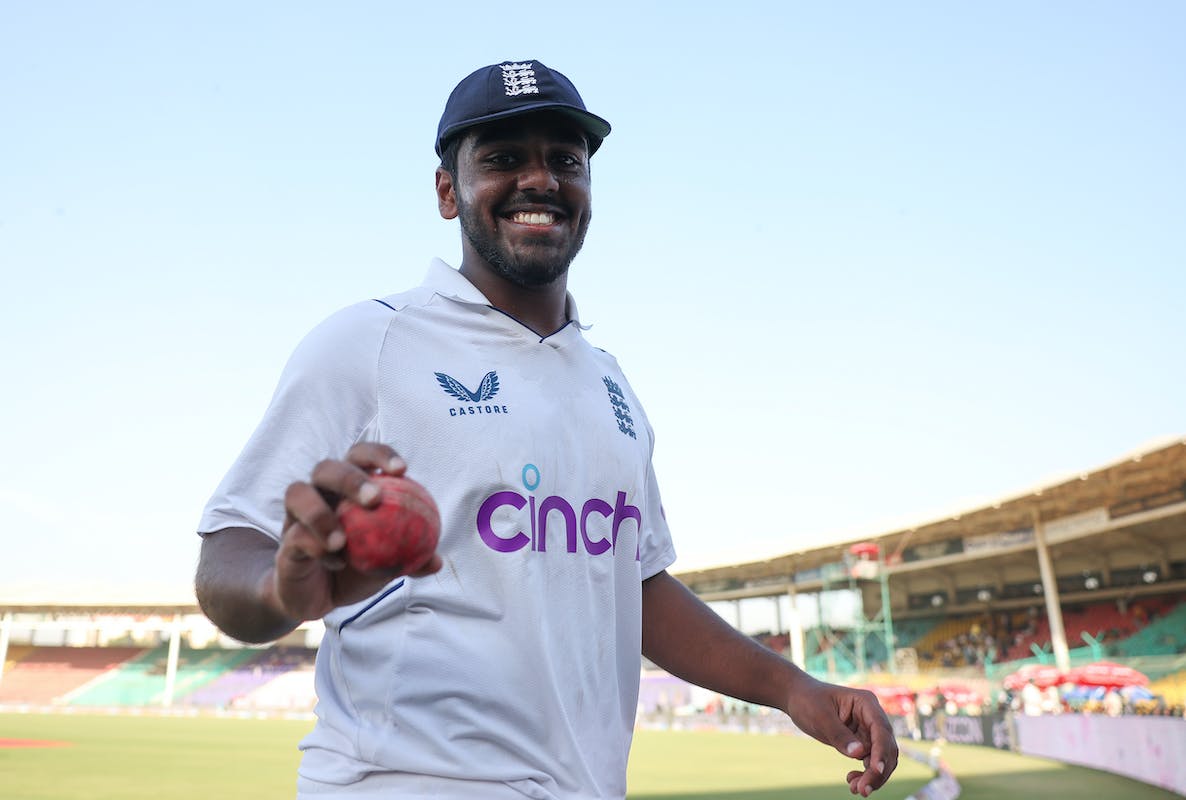 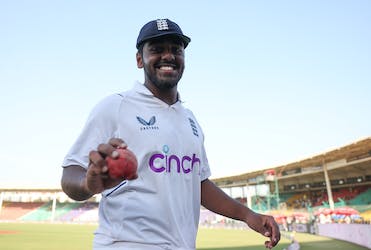 Getting Babar out was a dream come true: debutant Rehan Ahmed

Rehan Ahmed is three First-Class appearance old but that didn’t stop the England and Wales Cricket Board (ECB) to award him with a maiden selection in the squad to tour Pakistan. While none predicted his chance to come this soon, the leg-spinning all-rounder was named in the playing XI ahead of the third Test in Karachi.

Across four innings, the leg-spinner had a grand total of nine wickets against his name but everything turned around its head in Karachi. In the second innings, in an inspired spell of play, the leg-spinner accounted for two of Pakistan’s best players of spin, Babar Azam and Mohammad Rizwan.

“It was probably the best day of my life again. To get a five-for on debut is a dream come true. It is great,” Rehan told BBC at the end of day’s play.

Whilst he ended up with a five-wicket haul on debut, it was Babar’s wicket that he hailed as a ‘dream come true’ moment for him. Babar, who was batting well on 54 hit the ball straight to Ollie Pope, starting off a huge collapse. But it was his skilful bowling against Rizwan that dismissed the Pakistani batter, with a sharp turn past the right-hander.

"I have bowled better balls and not got wickets. To get Babar Azam out is a dream come true. He is a very good player. I liked the Rizwan wicket because I have been working hard on my leg-spin for the last two months with bowling coach Jeetan Patel. To get one to spin a little bit was great."

Azhar Ali, who was making his final appearance for Pakistan in the longest format, summed up his feelings after his final day of play in Test cricket.

"I was more emotional in the first innings than the second. I was quite calm but I am a human being and was feeling some emotions.

"I played the wrong line and Leachy, my old Somerset team-mate, got me out. I have faced him a lot in the nets. It was my time to say goodbye."