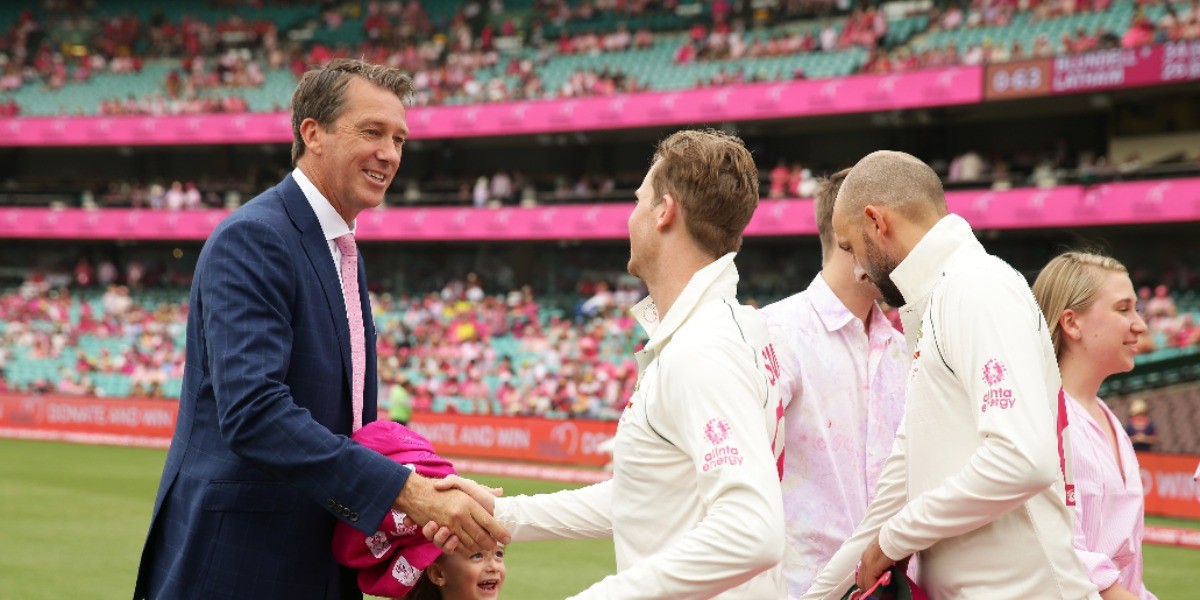 Pink Test is played in memory of his late wife Jane, who died of breast cancer and is used as a fundraiser to support patients suffering from the dreaded disease

Australian pace legend Glenn McGrath has tested positive for COVID-19 days before the Pink Test which is played in memory of his late wife Jane, who died of breast cancer and is used as a fundraiser to support patients suffering from the dreaded disease.

The time Australia's opponent in the Pink Test will be England as part of the Ashes series. The year-opening Test will be played at the iconic Sydney Cricket Ground (SCG) from January 5.

The third day of the SCG Test is known as Jane McGrath Day and it remains to be seen if the former cricketer will turn negative in time to attend the event. McGrath, however, will be present virtually when both sides are presented with their baggy pink caps.

"Glenn has had a PCR test which unfortunately returned a positive result," McGrath Foundation chief executive Holly Masters was quoted as saying in the Australian media.

"We wish Glenn and his family good health.

"We are grateful to our partners at Cricket Australia and the SCG. As well as the England cricket team and the broadcasters for their ongoing support for the Pink Test and look forward to still making this the 'pinkest' Ashes," she added.

Australia have already retained the Ashes by taking an unassailable 3-0 lead in the five-match series.