Going early to Australia important to get used to pace and bounce : Dravid 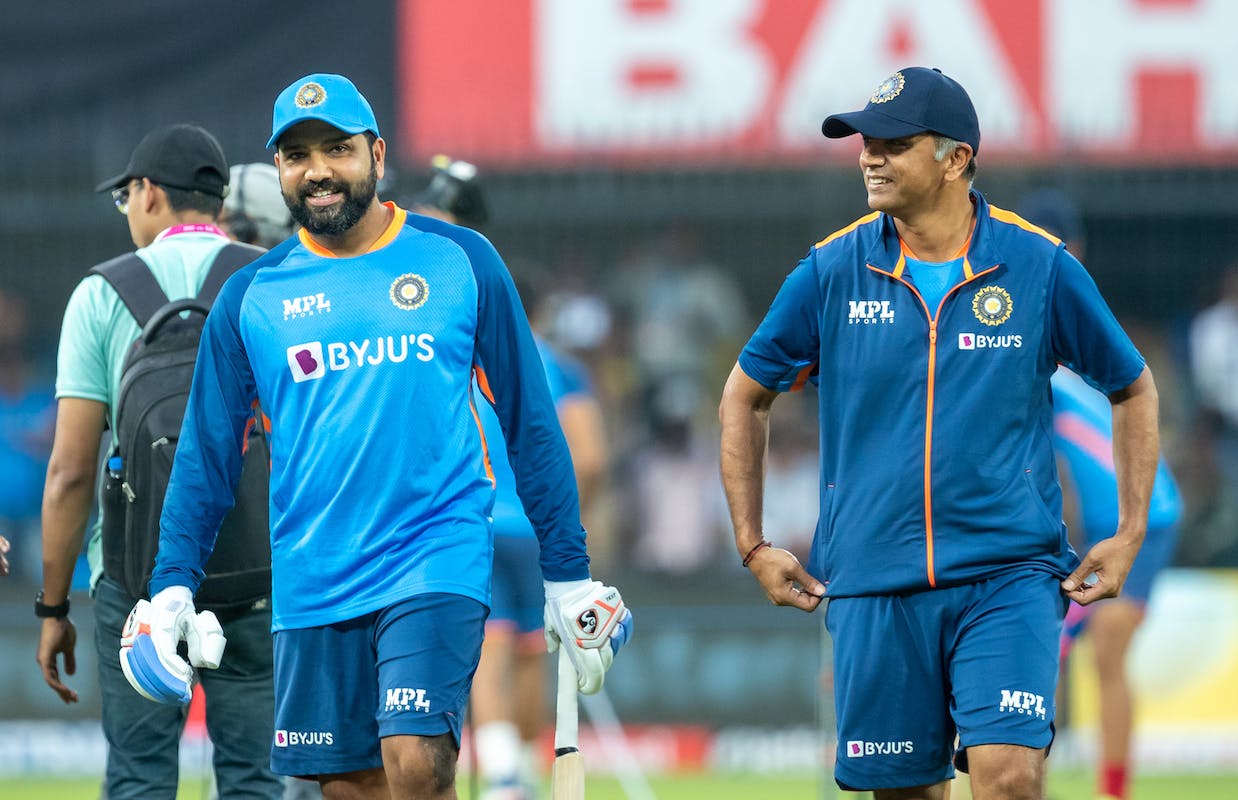 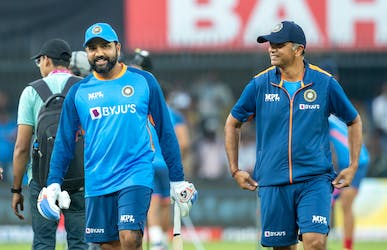 Going early to Australia important to get used to pace and bounce : Dravid

India beat Australia and South Africa 2-1 each right before the T20 World Cup and even though injuries to Jasprit Bumrah and Ravindra Jadeja dented their plans big-time, they will be going to Australia as one of the favorites to lift the trophy. In order to provide the best preparation time for the side, the BCCI decided to name a second-string side for the South Africa ODI series, with the T20 World Cup-bound squad leaving the shore on October 6.

The Rahul Dravid-coached side will set up the base in Western Australia where they are slated to play a couple of T20 practise matches against the Sheffield Shield side before locking horns with Australia and England in official warm-up games. Dravid believes that those two weeks will provide them with the perfect opportunity to get acclimated with the pacy and bouncy conditions in Australia, with more than half the side having not played a single T20 game there.

“We will get an opportunity to spend a few sessions in Perth and then have a couple of matches there. Australia is quite unique in terms of the pace and bounce and a lot of our players have not played a lot T20 cricket in Australia," Dravid said at the post-match press conference.

“The idea was to give ourselves a chance to practice a little bit more, acclimatise and get some game time in. Having been to Australia before, it takes some time to get used to that pace and bounce and hopefully once we practice, we would be able to have discussions around the strategies and tactics of how we need to play. It is important (to go early) as we have a young squad which has not played a lot of cricket in Australia. So hopefully that should help us,” said the head coach.

India have faced a huge death over concern with Jasprit Bumrah being ruled out of the World Cup due to a back injury. The national selectors are yet to name a replacement for Bumrah with Mohammad Shami being the frontrunner to replace the injured pacer. Shami, who is among the World Cup reserves, had to miss the two home series due to COVID-19 and in his absence, the management gave opportunity to the likes of Deepak Chahar, Mohammad Siraj and Umesh Yadav over the six T20 games at home.

“In terms of replacement we are looking at (options), we have time till October 15. Shami is someone who is in the standbys but he could not play unfortunately in these two series. It would have been ideal from that perspective but he is in the NCA at the moment. We will have to get reports as to how he is recovering and what his status is after 14-15 days of Covid and we will take a call after that,” Dravid added.