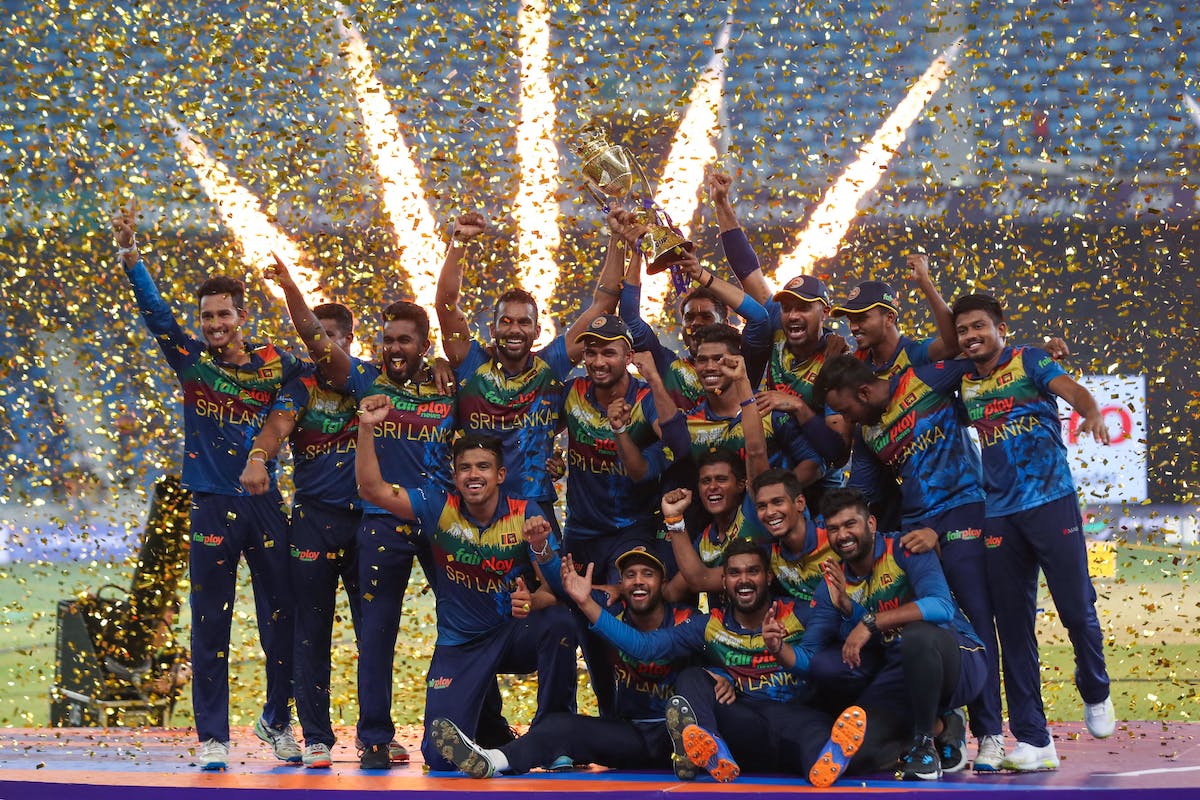 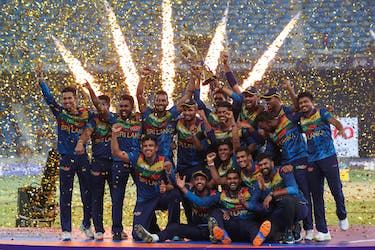 Gotabaya Rajapaksa has returned to social media to tweet about the stunning victory of Sri Lanka's national cricket team over Pakistan, over two months after the former president fled the country amidst massive protests against his government.

Sri Lanka crushed Pakistan by 23 runs to win their sixth Asia Cup title in Dubai on Sunday (September 11), bringing much cheer to the people of the crisis-hit island nation who have been hit hard by the worst economic crisis.

"Congratulations to the #lka cricket team on the win against #Pakistan in the #AsiaCup2022Final in Dubai. The commitment and teamwork shown by the #SriLankan team have been remarkable," Rajapaksa, who returned to Colombo from Thailand on September 2 tweeted on Sunday.

His last tweet as president was on July 8 to condole the death of former Japanese Prime Minister Shinzo Abe.

However, the 73-year-old was also trolled by some for his tweet from the "Official Twitter Account of The 7th Executive President of Sri Lanka," indicating that he is not a former president.

Rajapaksa fled the country on July 13 to the Maldives. He then left for Singapore and then to Thailand. Currently, he is staying in Colombo under heavy security.

Meanwhile, his successor, President Ranil Wickremesinghe has praised the national cricket team for winning the Asia Cup and underlined that it shows that with dedication and determination crisis-hit Sri Lanka can overcome challenges as a nation.

"The second championship for today," he said, adding that it "goes to show that, with dedication and determination we can overcome challenges as a nation. Onwards and upwards Sri Lanka!"

"They have won the Asian Championship giving a great glory to the Motherland. This victory is all the more significant because our spirited cricketers displayed an outstanding quality of fight-back to overcome initial setback in the finals," he said in a statement.

"I thank team members, their coaches, managers and everybody who worked relentlessly to bring back the Asia Cup to Sri Lanka after a gap of several years. Our Cricket Team proved to the world once again our ability to overcome challenges and emerge victorious," the prime minister said.

Sri Lanka, a country of 22 million people, declared in mid-April its international debt default due to the forex crisis. A crippling shortage of foreign reserves has led to long queues for fuel, cooking gas, and other essentials while power cuts and soaring food prices have heaped misery on the people.

The massive anti-government protests led to the resignation of Mahinda Rajapaksa as the prime minister in May and then his younger brother Gotbaya Rajapaksa was forced to flee the country in July.