Gujarat have bowlers who can bowl at any stage of the game: Nannes 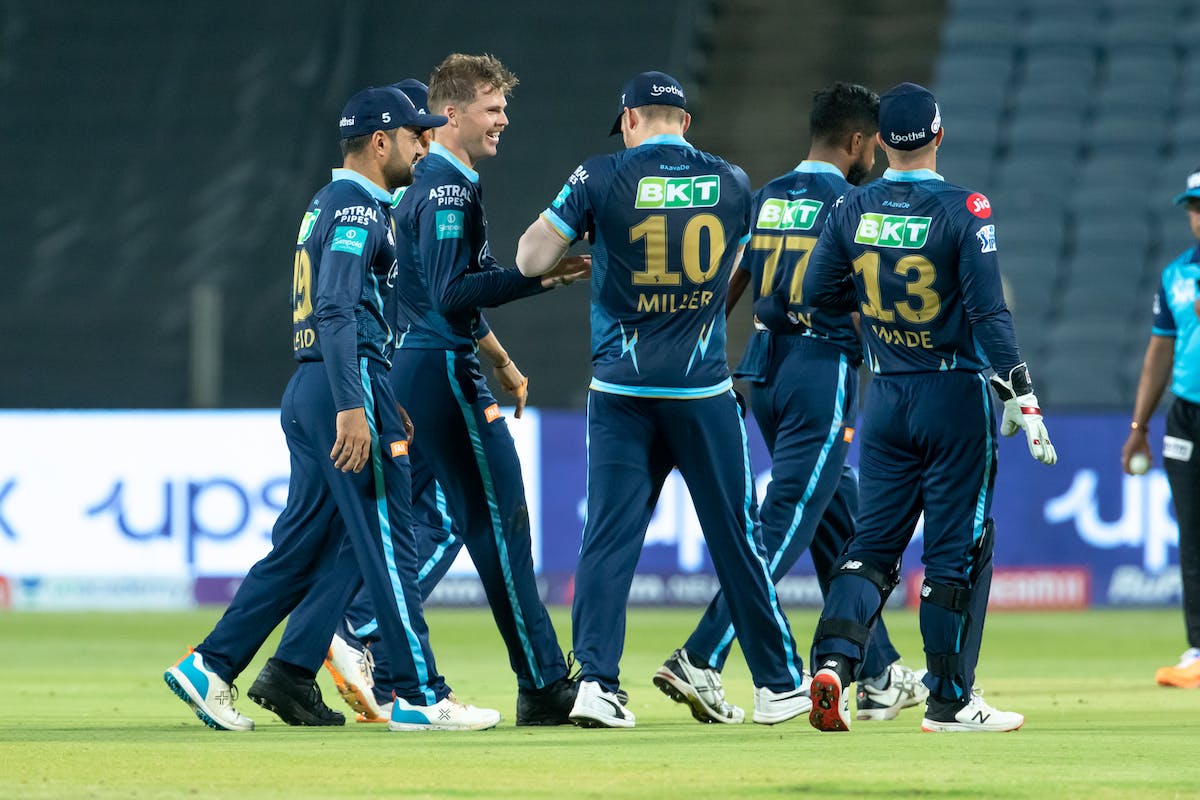 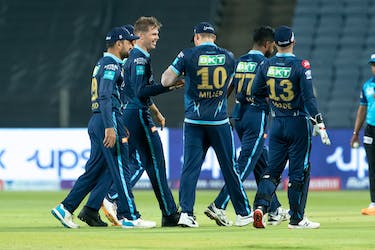 Gujarat have bowlers who can bowl at any stage of the game: Nannes

Gujarat Titans have one of the best bowling units in the Indian Premier League 2022 and former Netherlands and Australia paceman Dirk Nannes believes they have bowlers for all three phases of the game. Mohammed Shami has been relentless with the new ball, while Lockie Ferguson has been doing the job in the middle and death overs.

Skipper Hardik Pandya has completed his full quota of four overs in all three games, and we haven’t even mentioned ace legspinner Rashid Khan yet. The Titans are the only unbeaten side in the tournament and would be eager to keep their streak alive when they take on Sunrisers Hyderabad on Monday (April 11).

"They have got a great variety. They have got someone like Hardik who can bowl those short deliveries. They have got fast pace and also controlled swing. They have got everything. Rashid Khan is a superstar. As a package, they are really compelling. They have constructed a very good bowling unit. They can call on anyone at any time and that’s the beauty of their bowling line-up. They have bowlers who can bowl at any stage of the game. They are also very well led and directed when they are bowling," Nannes told Cricket.com.

"With Shami, you are always in a contest. He is on the money almost every single time. You have fear with someone like Ferguson because he can take wickets very quickly, but with Shami, it’s more about skills. He is so good at working people over. We saw that in the game. It’s his ability to get that outside edge off the bat in the powerplay. Both of these pacers have their own unique style of fear that they put in the batsmen and that’s why it’s such a good combination. I think Shami is a superstar and his accuracy is unnerving."

The aforementioned four have been doing the job for Gujarat but they haven’t yet found a reliable fifth bowler. Debutant Darshan Nalkande and Rahul Tewatia bowled four overs between them against Punjab Kings and ended up leaking 61 runs. Nannes feels that the Titans have a solid playing XI but they might struggle if one of their main players gets injured.

“They are going so well but we are going to see their depth challenged. The combination of their fifth bowler - Darshan Nalkande and Rahul Tewatia - between them they went for 61 runs in four overs. I think that’s going to be the case for every single team because we now have 10 teams and there are not enough quality back-ups available if some injuries happen. GT’s first team is fantastic but they will be tested with injuries in their set-up.”

Meanwhile, Hyderabad got the better of Chennai Super Kings in their previous encounter and got their first win of the season. T Natarajan has picked up two wickets in every game and if he continues to stay fit, Nannes thinks that the left-armer could break into the Indian T20I side.

“I would like to see Natarajan over a longer period of time. I love having a left-armer in the side. I love the varieties that he brings and I really like the confidence he is bowling with. Bowl those wide yorkers, slower ones, you need a little bit of confidence in the ability of your game to deliver under pressure. There are not many good death bowlers and that’s what he could bring to the Indian side.”

Nannes also wants SRH to play Sean Abbott ahead of Aiden Markram. “I want Sean Abbott to come in. He has been a massive improver. For people who haven’t seen his game in recent times, he has come up leaps and bounds in the last few years. He offers that all-round option. He brings that batting component in and could come in for someone like Markram and you could suddenly have that extra bowling option.

“You have also got someone who can clear the fence from ball one. He is a really compelling package. Markram bats at No. 5 and if you have an overseas batter batting low down the order, why not bring someone else who brings something else to the equation. He does a great job in BBL and Australia and could do something similar for SRH.”