Gurbaz, Najibullah help Afghanistan pull one back against Ireland 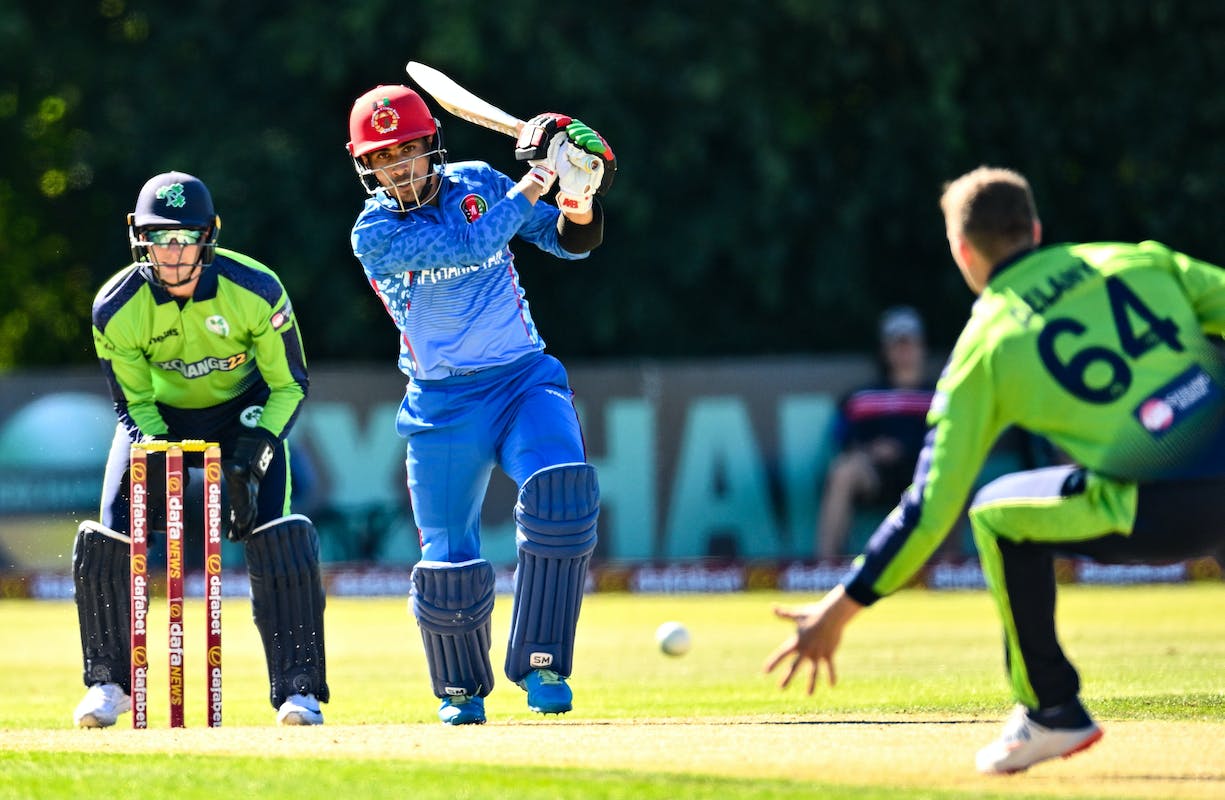 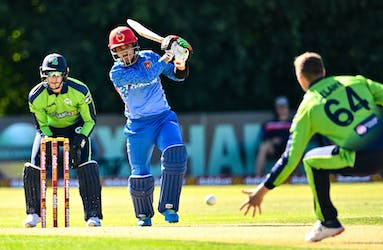 Gurbaz, Najibullah help Afghanistan pull one back against Ireland

Ireland who had won the first two games were handed a 22-run defeat by Afghanistan, who stay alive in the five-match T20I series

Afghanistan defeated Ireland by 22 runs in the third T20 International (T20I) in Belfast on Friday (August 12) as they reduced the hosts' lead to 2-1 in a five-match series.

Rahmanullah Gurbaz (53 of 35) top-scored in Afghanistan's 189 for 5 after the tourists lost the toss, with the opener's innings well supported by Najibullah Zadran (42 off 18), whose 42 off just 18 balls featured five sixes.

Ireland, looking to take an unassailable 3-0 lead, then slumped to 85 for 7 in reply before the experienced George Dockrell (58* off 37) and debutant Fionn Hand led an Ireland recovery.

The eighth-wicket duo put on 74 in just over six overs against a seasoned Afghanistan attack including established T20 internationals, Rashid Khan and Mujeeb Ur Rahman.

Hand made a fine 36 off only 18 balls before he was caught attempting to scoop Naveen-ul-Haq. Dockrell finished unbeaten on 58 off 37 balls, including six fours and two sixes, but Ireland still came up short as they ended the match on 167 for 9.

The series continues at Stormont on Monday (August 15).

Player of the match: Rahmanullah Gurbaz