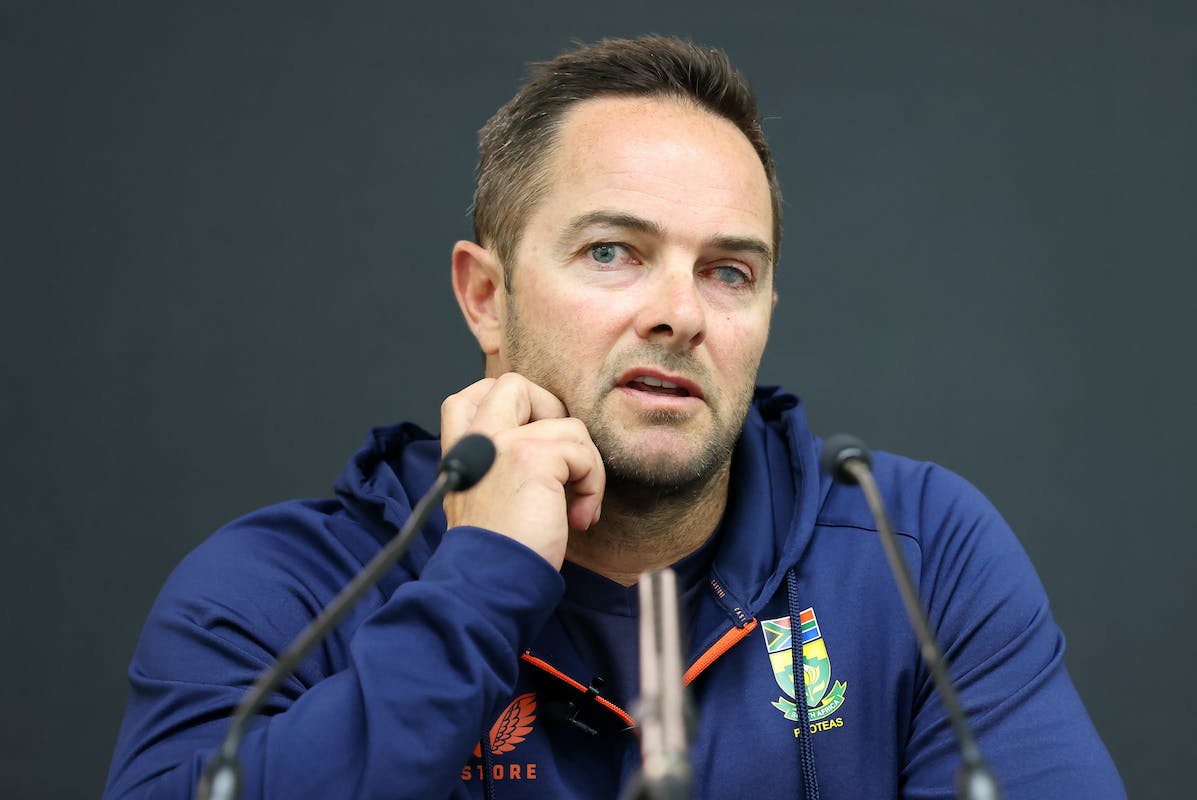 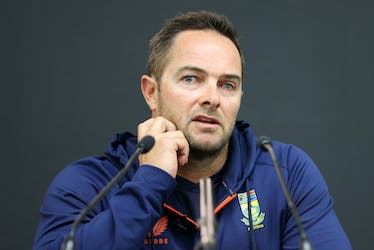 Boucher labeled Sunday as his worst day as a coach

Mark Boucher responded with the above when he was asked what went wrong for his side on the day, as South Africa suffered a shocking loss to the Netherlands to crash out of the 2022 T20 World Cup.

The toss went South Africa’s way as they opted to bowl, but it was the only thing that ended up going their way. An extremely average bowling performance saw them concede 158, and an equally bad showing with the bat ensured that they slumped to a 13-run defeat to bow out of the World Cup.

The Proteas’ defeat came as a total shock, for the prospect of Netherlands pulling off an upset looked near impossible; heading into Sunday’s clash, the Dutch had lost three of their first four Super 12 matches.

And yet the unthinkable happened as South Africa, not too long considered as one of the favorites for the cup, found themselves bowing out of the competition.

It was a day Boucher described as his worst as a coach.

“Probably as a coach, yes. I think it is quite frustrating because as a player you can at least still have a say in the game. As a coach, you're sort of left to leave it up to other individuals to go out there and try and perform. Yeah, certainly as a coach, yeah, it's up there,” the South Africa head coach said in the press conference.

When asked what he felt was the reason for the loss, Boucher pointed to South Africa’s lack of energy. The head coach also said that his bowlers did not execute their plans well and were out-bowled by their Dutch counterparts.

“I think if you look at the way that we started the game, our energies were low. Whether that's because it's a half-past-10 game, times have been quite difficult, I don't know, I haven't really put my finger on it. Haven't had a chance to speak to the guys yet and find out where they sort of feel it went wrong,” Boucher said.

“I think our plans were there, but we didn't quite use them well enough. I thought if you look at the game as a whole, I think Netherlands out-bowled us. They bowled with good plans, bowled to the longer side of the field, and they were just able to create more pressure on us than we were able to put pressure on them.

“It's not that we over-trained. I think our training sessions have been very short because we understand we've played a lot of cricket, but the energies didn't seem -- I don't know if that's the case. I haven't spoken to the players. It just didn't seem like it was quite there today, and we didn't bowl like I think we should have bowled.”

One of the players who’s been focused on in the aftermath of the early exit is skipper Temba Bavuma, who with the bat endured a tournament to forget. Bavuma showed signs of getting back to form against Pakistan, but on Sunday, all he could manage was a run-a-ball 20. With the scratchy knock, the skipper rounded off his World Cup with an average of 17.50 and SR of 112.90.

But when asked if Bavuma’s lack of form played a part in the team’s exit, Boucher defended his main man and asserted that the Proteas crashed out only because they collectively failed as a unit.

“You can look at it now and you can say, yes, that's the case, but all those batters that have been batting in the middle have been in great form, and they've come off at certain times,” Boucher said when asked about Bavuma’s returns.

“I think you can't look at one or two players. I think we've got to look at it as a unit, as a squad, and everyone has got to put their hands up and say, we just weren't good enough on the day today.

“As I said, we played some good cricket in the past, recent past, as well. We just weren't good enough as a squad today. Simple as that.”

On the day, the Proteas won the toss and opted to bowl, but in a way, the decision ended up backfiring, with the pitch slowing down with time. Batting became tricky as the game progressed and that ended up playing right into the Netherlands’ hands.

But Boucher maintained that the toss did not play a big part, claiming that his side crashed out because they produced a substandard showing.

“I still think that in hindsight you can look at it now, and yes, it actually did start to slow up a bit. We didn't think it was going to do that. We got here yesterday and the wicket was quite wet. It was quite tacky this morning, as well, but it dried out a lot quicker than what we expected.

“Yeah, we can look at a lot of things. We can look at playing four seamers or maybe should have played an extra spinner. We can talk about batting first.

“Bottom line is we just weren't up to standard today as a team. We just weren't good enough and we didn't come out and perform as a unit. I think there was certainly individuals who really stood out, but as a team we just unfortunately didn't all rock up today,” Boucher said.

Not too long ago South Africa were in pole position to top the group, but now they find themselves exiting early, having not even made it to the semis. Boucher said that he was ‘gutted’ by the exit and claimed that this particular squad ‘deserved to give themselves a better chance.’

“Gutted, to be honest. As I said, I think this squad deserved to give themselves a better chance, and yeah, unfortunately it didn't happen for us, which is very disappointing for me and certainly every single guy who's in our dressing room at the moment.”

The defeat against Netherlands was Boucher’s last encounter as the head coach of South Africa. Going forward, the 45-year-old will shift his focus to franchise cricket, taking charge of Mumbai Indians in the IPL.