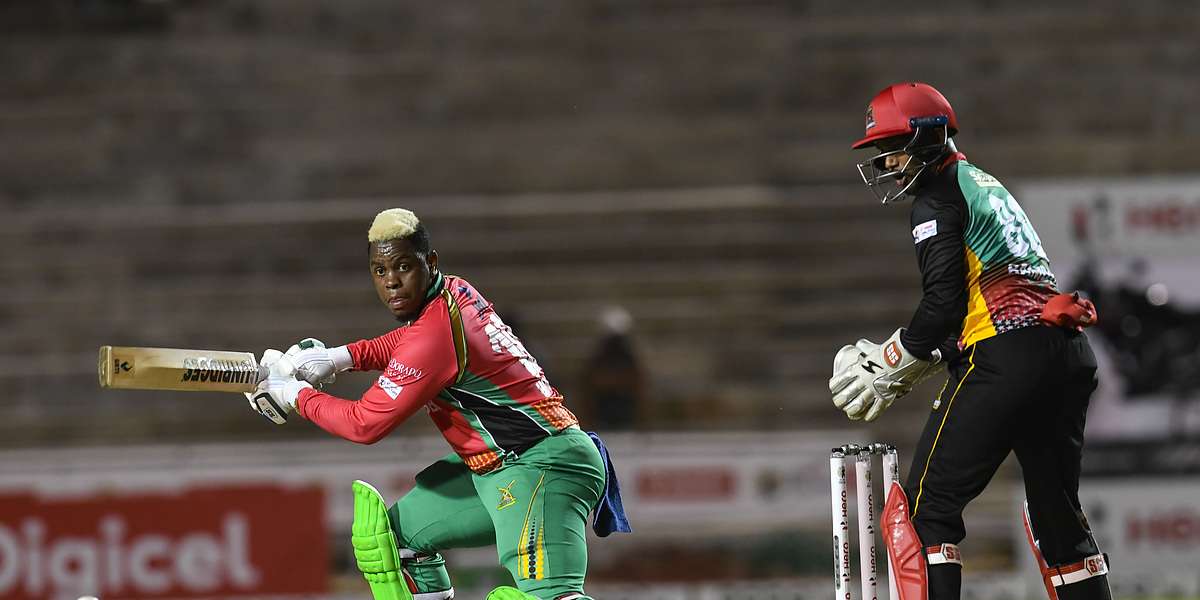 Here are a few tips and suggestions that might help you in creating your fantasy team for the eighth match of CPL 2020 between Guyana Amazon Warriors and Jamaica Tallawahs in Tarouba, Trinidad

Both teams, Guyana Amazon Warriors and Jamaica Tallawahs, have experienced mixed fortunes so far in the 2020 Caribbean Premier League (CPL). Both have won one game each while losing one – both their defeats came against the Trinbago Knight Riders.

The team from Guyana have the edge when it comes to matches between the two sides – winning 11 out of 18 games so far. Even in recent encounters between them, the Warriors have been the better team. 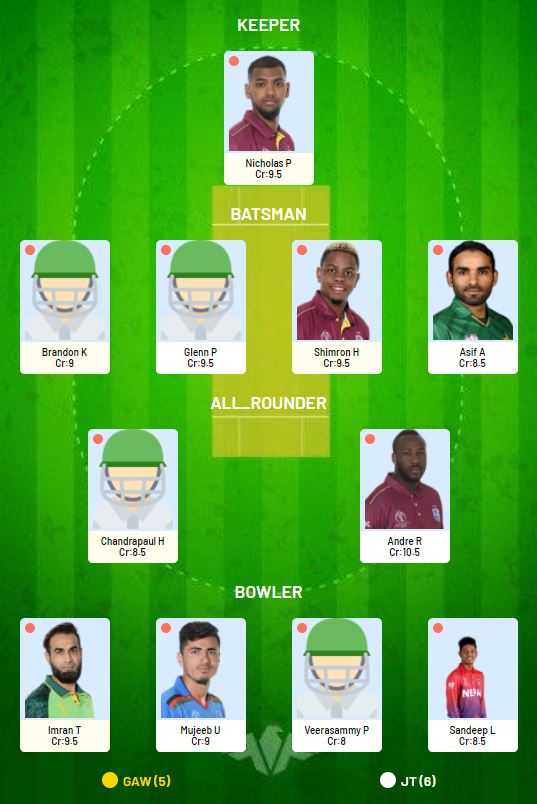 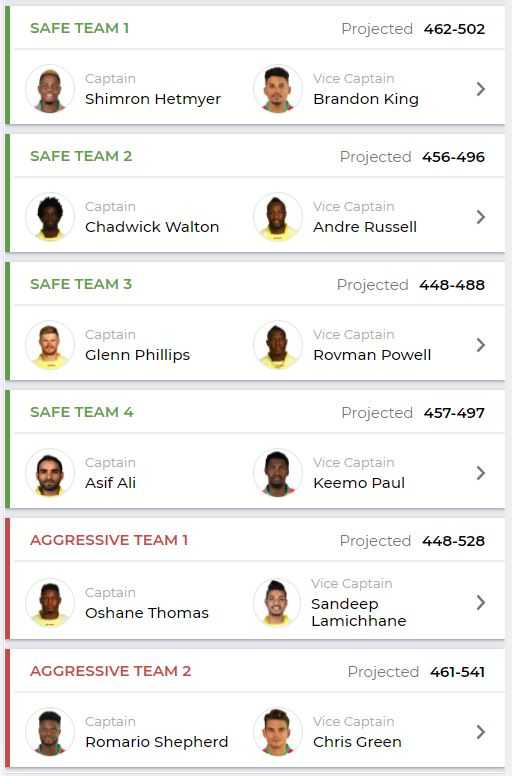 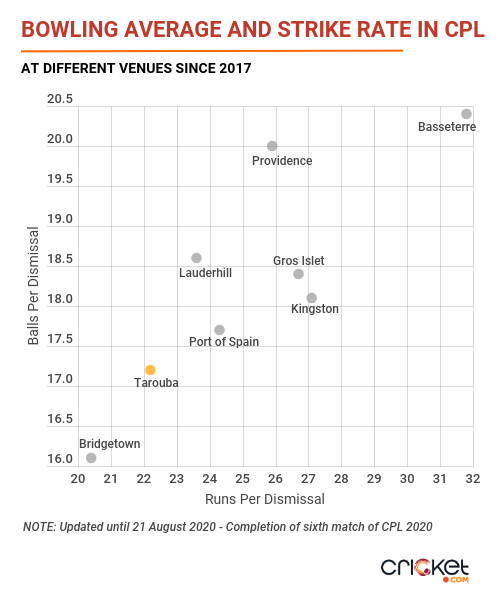 Since 2017 in the CPL, at the Brian Lara Stadium, pacers have taken wickets more regularly but spinners have been more economical which sees them have a better bowling average.

During the aforementioned period, pacers have taken a wicket every 18.4 deliveries in the CPL in Tarouba compared to a strike rate of 19.5 for the spinners.

The slower bowlers have an economy rate of 7 which is 0.9 runs per over better than the same number for fast bowlers. This might help you gather a few crucial points.

At this venue in CPL 2020 so far, 54.6% of overs have been bowled and 55.6% of wickets have been taken by pacers. There are some extremely good spinners that will play in this match, so you might want to pick at least 2-3 of them. 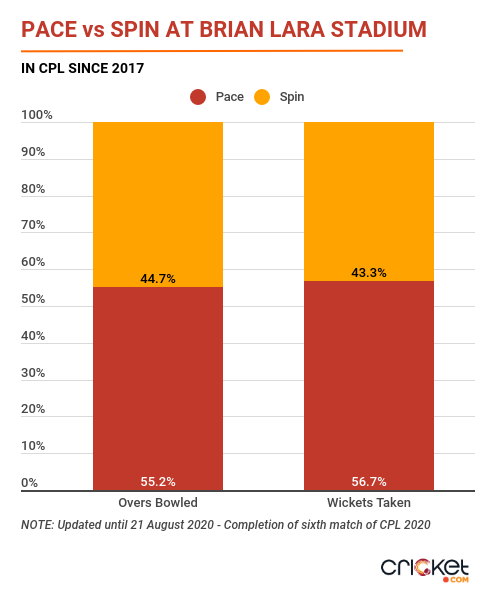 Andre Russell is, without doubt, one of the top T20 batsmen in the world currently. But there have been a few bowlers who have got the better of him and one such bowler is Imran Tahir. The South Africa legspinner, who has been one of the outstanding bowlers in limited-overs cricket over the last decade, has dismissed Russell four times in just 39 deliveries in T20 cricket. What’s more, Russell’s strike rate against Tahir is only 92.3. 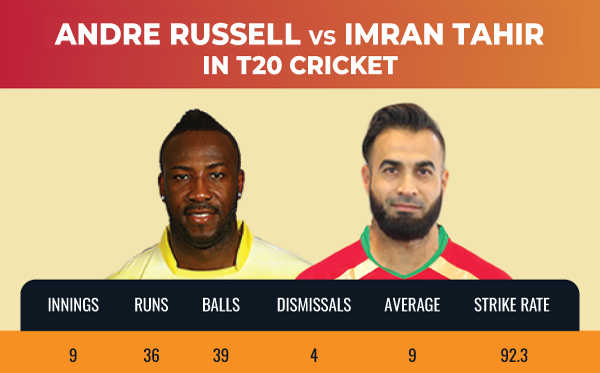 So far, Keemo Paul has bowled just twice against Asif Ali in T20 cricket – both times in the international series between West Indies and Pakistan in 2018. The first time they faced each other, Paul bowled Ali off the first delivery. A couple of days later, Ali would have his say, hitting 11 off just three deliveries against the Guyana-born pacer. While four deliveries isn’t a great sample size, this could be a contest to watch out for, if it does happen, in the latter part of Jamaica’s innings. 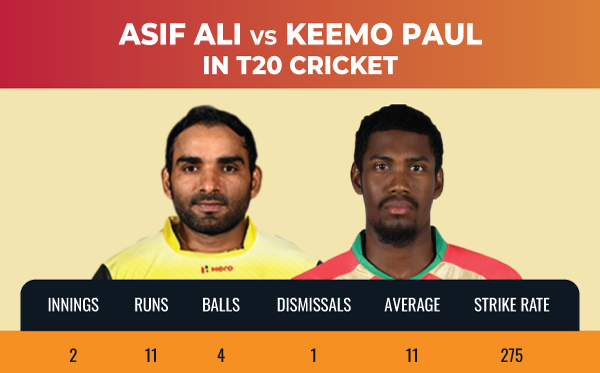 After a superb CPL season in 2019, in which he was the top run-scorer, Brandon King made his T20I debut for West Indies later in the year. In that series which was against Afghanistan, King didn’t enjoy batting against Mujeeb Ur Rahman – scoring just 10 runs from 13 deliveries across three matches. He was even dismissed by the young Afghanistan bowler in one of the games. Mujeeb is likely to open the bowling for the Tallawahs and it’ll be interesting to see how the match-up between King and him goes this time around. 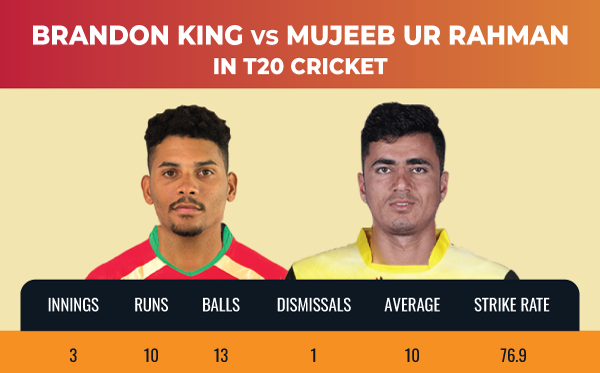 Andre Russell hasn’t had the best of starts to CPL 2020 with the bat. 16 from 17 deliveries and 25 from 26 is not quite what we’ve grown used to seeing from the Jamaica allrounder. After all, since the start of 2019, Russell has a strike rate of 180.2. That scoring rate, and the fact that he averages almost 40 during the same period make him a must-have. Being an allrounder, Russell can get you good points with his bowling as well.

Despite having retired from international cricket, Imran Tahir continues to be one of the most reliable bowlers in white-ball cricket. In both of his CPL matches so far this season, he has taken two wickets apiece. He rarely goes wicketless in a game – in the last 18 T20 innings he has bowled in, he has not picked up a wicket just twice and on 12 occasions he has managed to take at least two wickets. His consistency is what makes him stand out. 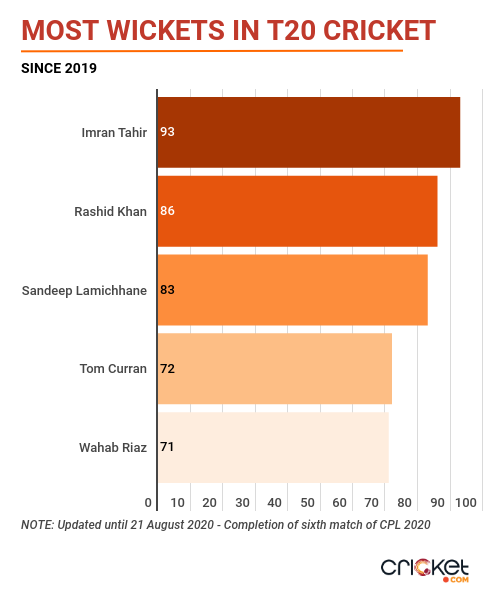 Shimron Hetmyer has made an excellent start to CPL 2020, scoring fifties in both of Guyana’s matches so far. His match-winning knock against St Kitts and Nevis Patriots on Wednesday was, especially, brilliant. While he scored 71 from 44 deliveries, the other batsmen in the team managed just 53 runs from 59 balls with the second-highest individual score in the innings being 19.

Mujeeb Ur Rahman has picked up three wickets in Tallawahs’ first two games of the season. In his last seven T20 matches, he has taken 11 wickets at a strike rate of 15.3 and across those seven games, he has picked up at least one wicket every time. If he can continue that form on Saturday, the Tallawahs could do very well against last season’s finalists.