Had faith that Naseem Shah would pull off the impossible: Babar Azam 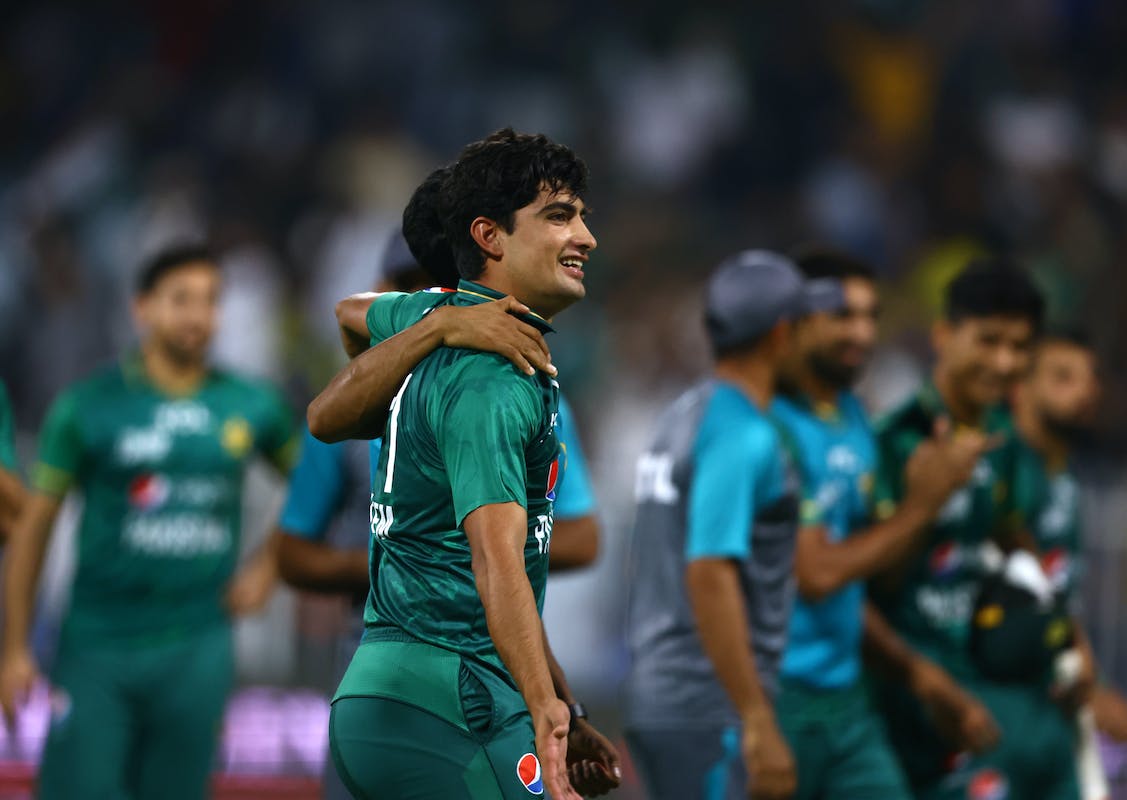 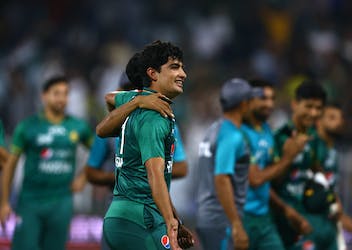 Had faith that Naseem Shah would pull off the impossible: Babar Azam

Pakistan skipper Babar Azam, on the back of his side’s one-wicket heist in Sharjah on Wednesday, asserted that he had faith that Naseem Shah would take the Men in Green over the line, having seen the 19-year-old’s batting talent close-up, and claimed that the youngster’s sixes off Fazalhaq Farooqi reminded him of the (in)famous Javed Miandad six against Chetan Sharma at the very same venue 36 years ago.

When Fareed Ahmad dismissed Asif Ali, the last recognized batter, in the fifth ball of the penultimate over, it seemed like it was curtains for Pakistan, who still needed 12 more runs with a solitary wicket in hand. The Men in Green looked dead and buried, but Naseem produced a heist for the ages by remarkably taking a single off the final ball of the penultimate over, and then smashing Farooqi for back-to-back sixes in the first two balls of the final over to propel his side into the final of the Asia Cup.

“In our batting, we didn't execute our plans very well, but Naseem was outstanding. At the back of the mind, I have seen Naseem play like this earlier, and I had the belief in him. This moment reminds me of Javed Miandad's six,” skipper Babar said at the post-match presentation.

Pakistan were never too ahead in the chase, thanks to the Afghanistan bowlers striking on a regular basis, and Babar admitted that the dressing room was ‘very tensed’. The skipper credited Mujeeb and Rashid for their spells and revealed that Pakistan’s plan was to take the game deep and give themselves a chance.

“To be honest, the dressing room was very tensed. The team was walking in and out of the dressing room. Excellent with the way Naseem Shah finished it off. Sharjah is always low-scoring, and Mujeeb and Rashid Khan are two of the best bowlers. We just wanted to take the match deep,” the 27-year-old revealed.

The hero on the night, Naseem, meanwhile, also claimed that he had the belief that he could take his team over the line. The teenager revealed that a change in bat aided him, and further said that he reaped rewards for putting in hours at the nets practicing power-hitting.

“When I went in to bat I had the belief to hit the sixes. I practice (hitting sixes) and I knew they would bowl yorkers as they had the field up. There needs to be belief, we keep practising in the nets and I also changed my bat, it worked.

“When I went in Asif was there and my job was to give him strike but once he got out the onus was on me. There is very little belief when you are nine down but I had the self-belief and this will be a memorable game for me. This was an important match as we knew a win today and we would be in the final.”

Skipper Babar, meanwhile, asserted that he wished to see his side roll with the momentum and ‘not repeat our mistakes’ in the forthcoming matches.

“We would like to continue this momentum and not repeat our mistakes. Every day is a different day, and we would like to take it day by day,” Babar said.

Pakistan have two games left in Asia Cup 2022, both versus Sri Lanka. The second of the two matches will be the final on Sunday, that will be played at the Dubai International Stadium.