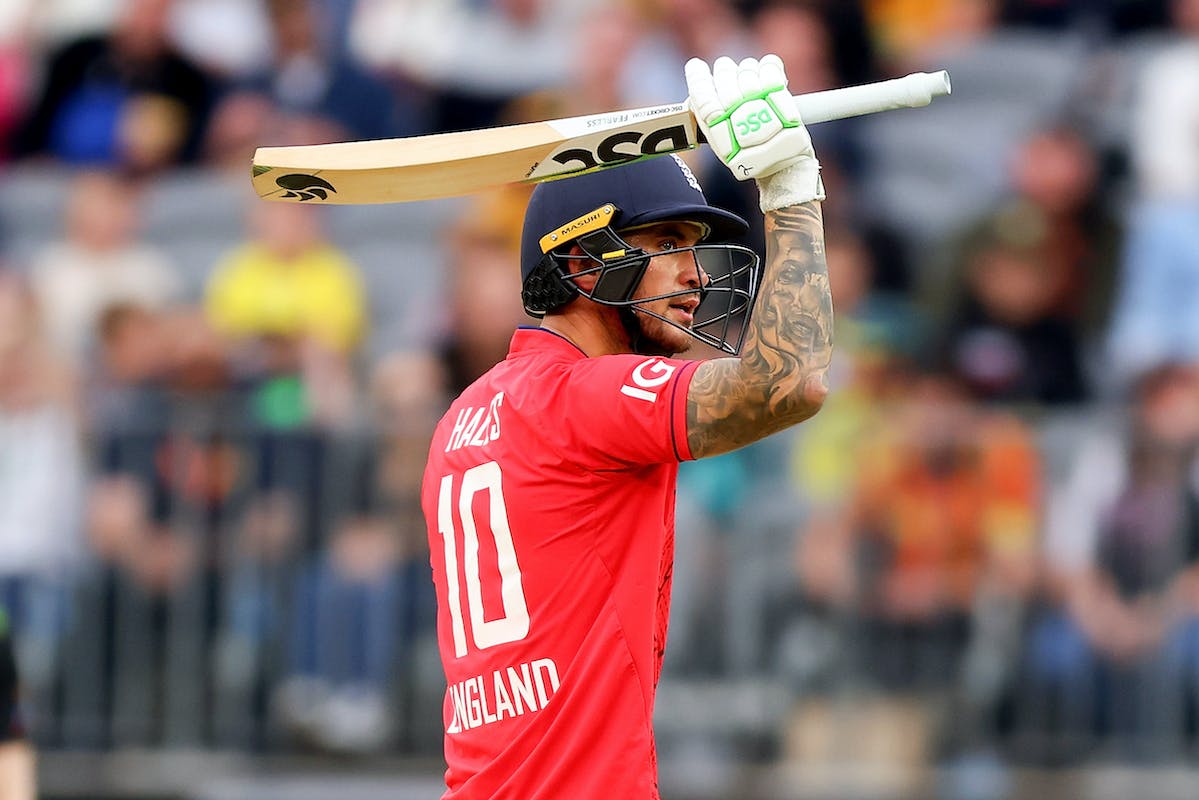 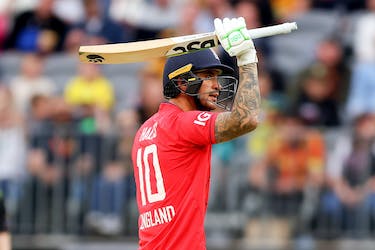 England hoped to find the answer for the aforementioned question across the seven games against Pakistan, but it wasn’t to be, both openers ending up with good-but-not-great numbers.

In fact, in the aftermath of the series, England head coach Matthew Mott said that the Three Lions were still unsure about the second opener’s slot.

On Sunday in Perth, however, the Three Lions went a long way in finding the answer for that question as Hales smashed a match-winning 84 to help England take a 1-0 lead against arch-rivals Australia.

Hales impeccable record in the Big Bash League — avg 36 and SR 152.3 since 2019 — played a part in the 33-year-old getting the nod over his compatriot Salt, but in the aftermath of the first T20I, skipper Jos Buttler revealed that Hales’ record in Australia was so good that England always knew that ‘he was the man’ to open the batting.

“Alex (Hales) has a fantastic record in Australia (playing in the BBL), Salt did well in his chances, but we felt that Alex was the man at the top in Australia and for the upcoming World Cup,” Buttler said post the first T20I against Australia.

After a fifty in his comeback match, Hales endured five consecutive failures, but on Sunday, he was back to his best as the veteran smashed a flawless 84. The right-hander was initially playing second-fiddle to Buttler, but once he got his eye in, there was no stopping the 33-year-old, who bludgeoned 15 boundaries in total.

Those in Australia have been accustomed to Hales playing these knocks day in and day out, for Sydney Thunder, and the journeyman revealed that the experience of playing in the BBL played  a big role in his success on the night.

“Grateful for the chance at the top of the order - the experience of playing for the Sydney Thunder in the Big Bash has helped me while playing on these surfaces,” Hales said.

One man, however, played even better than Hales and that was none other than the skipper himself. Buttler, in fact, was playing his first professional game since mid-August, having just recovered from a calf injury, but on the night, the 32-year-old looked like he’d never been away, smashing 68 off just 32 balls. It was Buttler that set the tone for the innings, smashing four boundaries in the very first over of the match, bowled by Cameron Green.

The skipper revealed that he was pleased with his efforts, and asserted that early boundaries helped settle nerves.

“You are always unsure about it (on his return after a long layoff), it was nice to get a boundary early on and that settled things a bit,” Buttler said.

Though Buttler and Hales propelled the Three Lions to a daunting total, the game was in the bag for Australia before the English seamers pulled back things sensationally at the death. Buttler said that he was delighted to see his team get over the line, and credited the seamers for holding their nerve.

“It was a great game of cricket and I was delighted to go over the line. They played outstandingly and put us under pressure (on Australia), it was important for us to take wickets, which is what Wood and Curran did.”

The second of the three T20Is will be played at the Manuka Oval in Canberra on October 12.