Hameed celebrates England call-up with a gritty ton against India 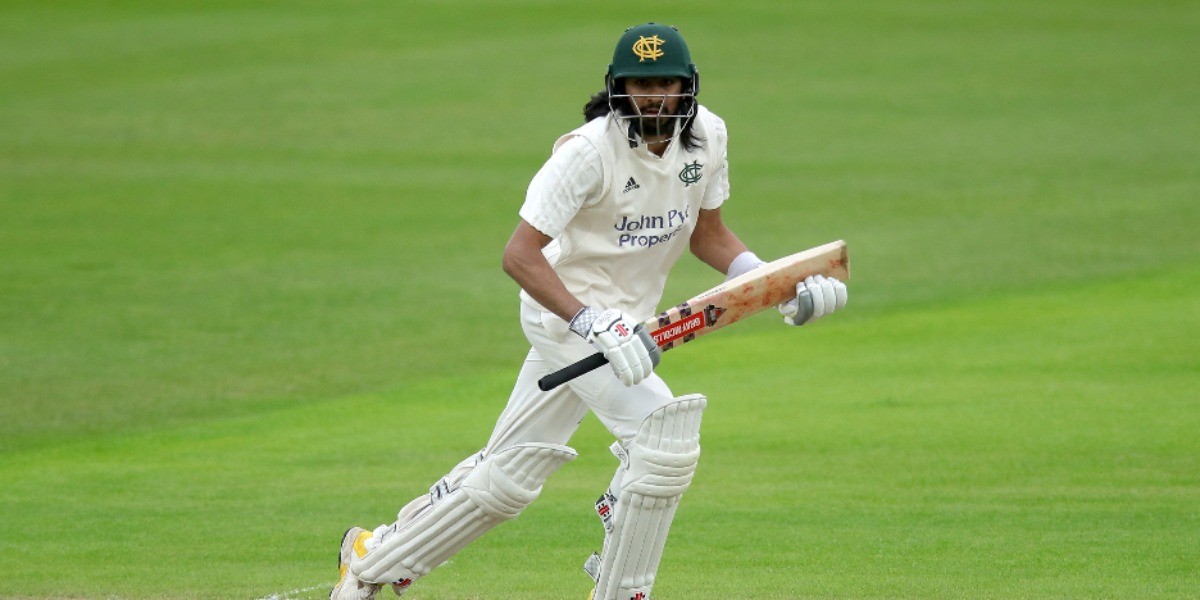 Hameed celebrates England call-up with a gritty ton against India

Having been included in England's squad for the first two Tests against India, Haseeb Hameed pushed his case even further up with an outstanding century on day two of the warm-up game against the same opponent at the Riverside Ground, Chester-le-Street on Wednesday (July 21). The 24-year-old opener crafted 112 off 246 deliveries against a strong Indian bowling attack.

Resuming the day on 306/9, India could add only five more runs to their overnight total and were bundled out for 311 in 93 overs. Craig Miles finished with figures of 4/45, while KL Rahul (101 retd out) and Ravindra Jadeja (75) top scored for the visitors. In reply, Hameed scored a fighting century but didn't find much support from other batsmen. County Select XI were bowled out for 220 in 82.3 overs, giving India a 91-run lead.

Avesh Khan, who suffered a fracture in his left thumb on Tuesday and is all but out of the England tour, didn't come out to bat. Playing for County XI, Washington Sundar could only manage one run and was dismissed by Mohammed Siraj. The paceman got a nasty short ball that suddenly climbed on Washington and flew off his gloves for an easy catch in the slip cordon.

Umesh Yadav took three wickets, while Siraj claimed 2/32. Meanwhile, Jasprit Bumrah, Shardul Thakur, Ravindra Jadeja and Axar Patel also picked up a wicket each. Umesh still might not make it to the playing XI in Nottingham but his performance will certainly keep the team management interested.

Meanwhile, Bumrah didn't give away loose deliveries but apart from the wicket of Rob Yates, where the left-hander went for a non-existent cut-shot to a delivery reared up, he hardly troubled Hameed, who defended him comfortably most times.

Hameed, who made his Test debut against India in 2016, was called as a cover during the New Zealand series but has retained his spot because of his outstanding form in the County Championship. The right-handed opener scored 642 runs in nine games at an average of 45.85 for Nottinghamshire, and now has a serious chance of featuring in the first Test.

It was Umesh, who first castled right-handed opener Jake Libby with an angled delivery that saw two of the three stumps knocked back. His second victim was rival captain Will Rhodes, who lost his off-stump when the fast bowler came round the wicket and the delivery straightened after pitching beating the left-hander.

With County XI reeling at 56 for 4, Lyndon James (27) gave good support to Hameed in their 75-run stand for the fifth wicket. Hameed waited for bad deliveries and was ready to tap and run those singles and doubles. Umesh's third wicket was a short ball and James mistimed a pull-shot which was taken by Thakur.

Hameed looked the best against Jadeja, who was punished for a few runs. He reached closer to hundred with a lofted shot to the wide of long-on off Jadeja's bowling. A tapped single towards short mid-wicket off Thakur brought his hundred. He was finally dismissed in the 78th over by Thakur. Liam Patterson-White (33) played a handy knock before falling to Axar.

The Indian batsmen will now look to make the most of the final day of this warm-up game and get themselves ready for the Test series.