Happy to see Shreyas Iyer grab his opportunities with both hands: KL Rahul 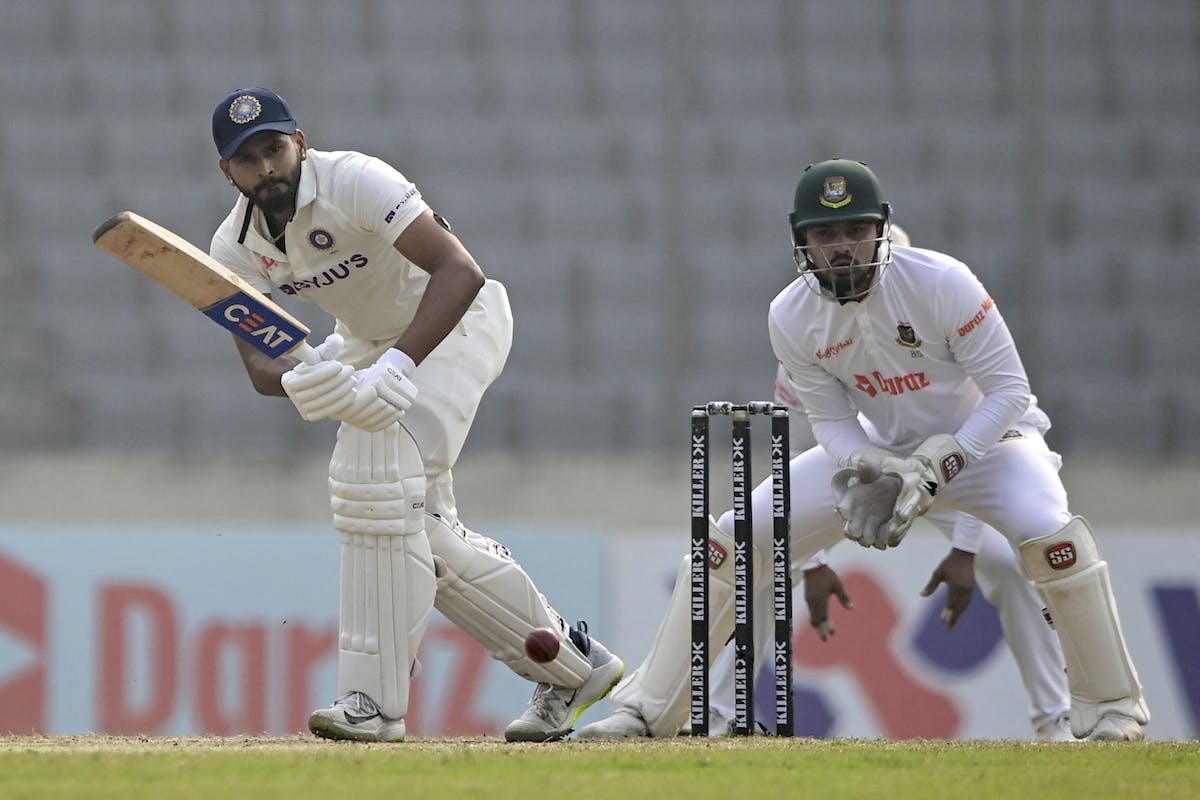 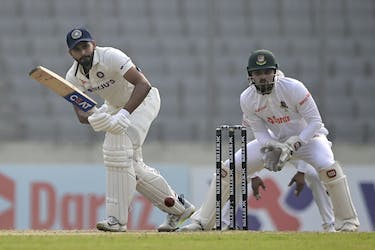 Happy to see Shreyas Iyer grab his opportunities with both hands: KL Rahul

Chasing 145, India were reduced to 74 for 7 when Ashwin joined Shreyas and the duo took their side home from there

India captain KL Rahul lavished praise on Shreyas Iyer after the batter held his nevrves to guide India to a three-wicket in Dhaka to help India win the series 2-0. Shreyas scored an  29 not out on the fourth day in Dhaka and put on an unbeaten 71-run stand with Ravichandran Ashwin to help India from losing their first-ever Test against Bangladesh.

Chasing 145, India were reduced to 74 for 7 when Ashwin joined Shreyas. Ashwin got a reprieve when he was dropped on one by Mominul Haque at forward short leg, but then the all-rounder made that count.

"Tough game. Happy that we got the job done. We were in a bit of trouble and there was a bit of pressure and nervousness in the dressing room. Really happy that Ashwin and Shreyas got that partnership that got us the victory. Conditions were tough and that is what makes Test cricket fun," Rahul told reporters after the Mirpur Test.

"When someone is performing consistently for you, it is very heartening. He [Shreyas Iyer] has been around for a long time and has had to wait for his opportunities and really happy to see that when has had those opportunities, he has grabbed them with both hands."

This was not the first time Shreyas bailed India out. He scored 86 in the first Test in Chattogram that helped India breach the 400-run mark. That was crucial as India managed to dictate terms once they had those runs on the board. Even in the first innings of the Mirpur Test, Shreyas played a counter-attacking knock, scoring 87 off 105 deliveries and put on 159 with Rishabh Pant to help India take the first-innings lead.

However, on the fourth day when the Bangladesh spinners especially Mehidy Hasan and Shakib Al Hasan were wreaking havoc, Shreyas looked in complete control as he knocked down the remaining runs with utmost ease.

"He is doing the job for the team and the way he played today was phenomenal. He made it look really easy. There was pressure and there was a bit of panic in the dressing room. But it didn't look like there was any panic when we were watching Shreyas bat," Rahul said.

"With Ashwin, he had a really good partnership. He has played really well in the last 15 months to two years. He has done really well for us and then he had the injury and went away for a bit. He had to really wait for his turn again and has been really patient. His journey hasn't been easy. The way he is batting is phenomenal."

While praising Bangladesh for their impressive ODI series win and then for putting up a terrific fight in the Tests as well, Rahul said that this tour provided many with plenty of learning opportunities.

"[It was a] really good series. A lot of good experiences, a lot of learnings, losing the ODI series was not the greatest [feeling]. But sometimes a series loss does teach you a lot about where you stand as a team and as individuals. That is really important for us going into a 50-over World Cup," Rahul, who scored 22, 23, 10 and 2 in the Test series, said.

"Even the Test series, it was hard fought. Bangladesh really played some very, very good cricket. They challenged us a lot. Even today, the best way to end the series. They made it really hard and they were in the game for the first 30-32 overs and then Ashwin and Shreyas put their hands up and did the job for us. It's been a brilliant tour."

Rahul also backed his decision not to play an extra spinner in Kuldeep Yadav, but added that he would have loved to bring him on in the second innings if the impact player rule was applicable. Kuldeep was adjudged player of the match in the first Testin Chattoram for his  eight wickets and also chipped in with 40 with the bat down the order.

"I don't regret the decision. It was a right decision. If you look at the wickets, our fast bowlers too have taken many wickets and they had a lot of assistance. There was a lot of inconsistent bounce," Rahul said

"Ideally, if the Impact Player rule was there -- like in the IPL -- I would have definitely loved to bring Kuldeep in the second innings."