Hardik can improve the team mindset as a captain, says Miller 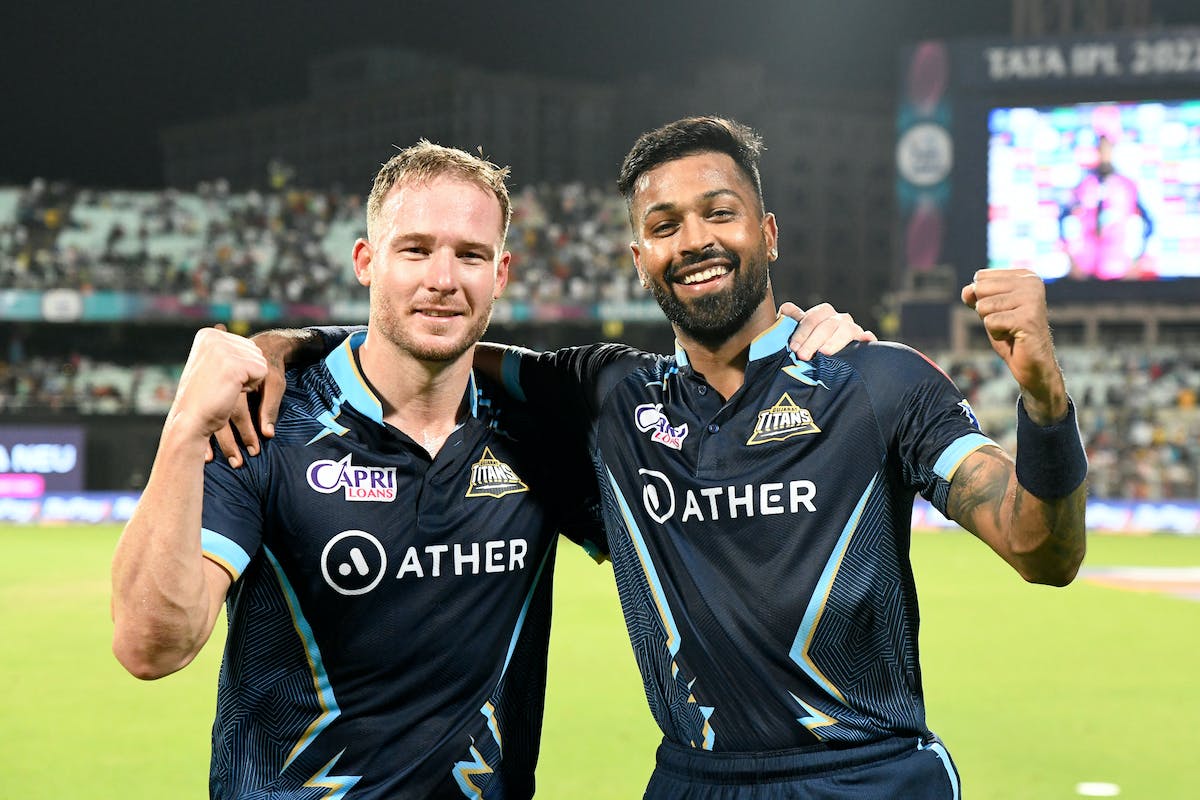 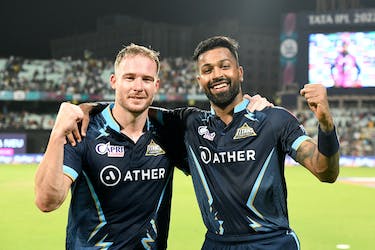 Hardik can improve the team mindset as a captain, says Miller

Making Hardik Pandya the permanent captain in T20Is can be beneficial for India going forward as the allrounder has the ability to motivate his teammates, feels South African batter David Miller.

Miller, who prospered under Pandya's leadership at Gujarat Titans in IPL 2022, was full of praise for the Baroda allrounder who led them the title in their debut season.

India's recent exit in the 2022 T20 World Cup, where they lost by 10 wickets to England, has raised multiple questions about of captain Rohit Sharma and head coach Rahul Dravid. The selection committee led by Chetan Sharma was sacked by the BCCI as a result while there are more things that need fixing.

After the World Cup, Pandya was named captain for the three-match T20I series against New Zealand which they won 1-0.

"Just playing under him in the IPL, I feel he is a natural leader, People follow him. He allows you to play the way that you feel like you can. He is very inclusive as a leader, he wants everyone to be close to each other," Miller said about Pandya on the sidelines of Abu Dhabi T10 League.

Miller became the crucial member of the IPL 2022 winning team with 481 runs from 16 matches at an average of 68.71 and a strike rate of 142.72. When asked if Pandya is the change India needs and let the players not worry about fear of failure, Miller said: "Yes. He will make the players a lot better in the mindset. 100 percent. He allows the guys to do what they want to do which is important."

Miller, who was on the fringes of the national team before joining Gujarat Titans, was back in the fray at the international level after taking up the mantle of finisher for Gujarat. He was named Paarl Royals captain for the inaugural season of SA20 League. He reflected on his journey so far at the highest level.

"I have been playing for a long time now, I don't want to say I know it all because I don't at all. Still lots to learn but I have been playing professional cricket for 14 years (including first class debut). I have made a lot of mistakes in my life in my journey of cricket," he said.

The stylish lefthander also reflected on South Africa's exit from the Super 12s stage in the T20 World Cup. The Proteas, who had beaten India, lost to Pakistan to pile pressure on themselves and then suffered a shock loss to Netherlands in their final group game which confirmed their elimination.

"Yes I did (reflect on the loss). Sometimes it is difficult to process things like that. At end of the day, I still feel we were one of the stronger teams in the competition. There were many other upsets as well, it was not only us. It comes down to the last game and unfortunately for us, we needed to win and we couldn't. That is the beauty and humility of cricket. Obviously very disappointed with that result," Miller told PTI on Thursday.