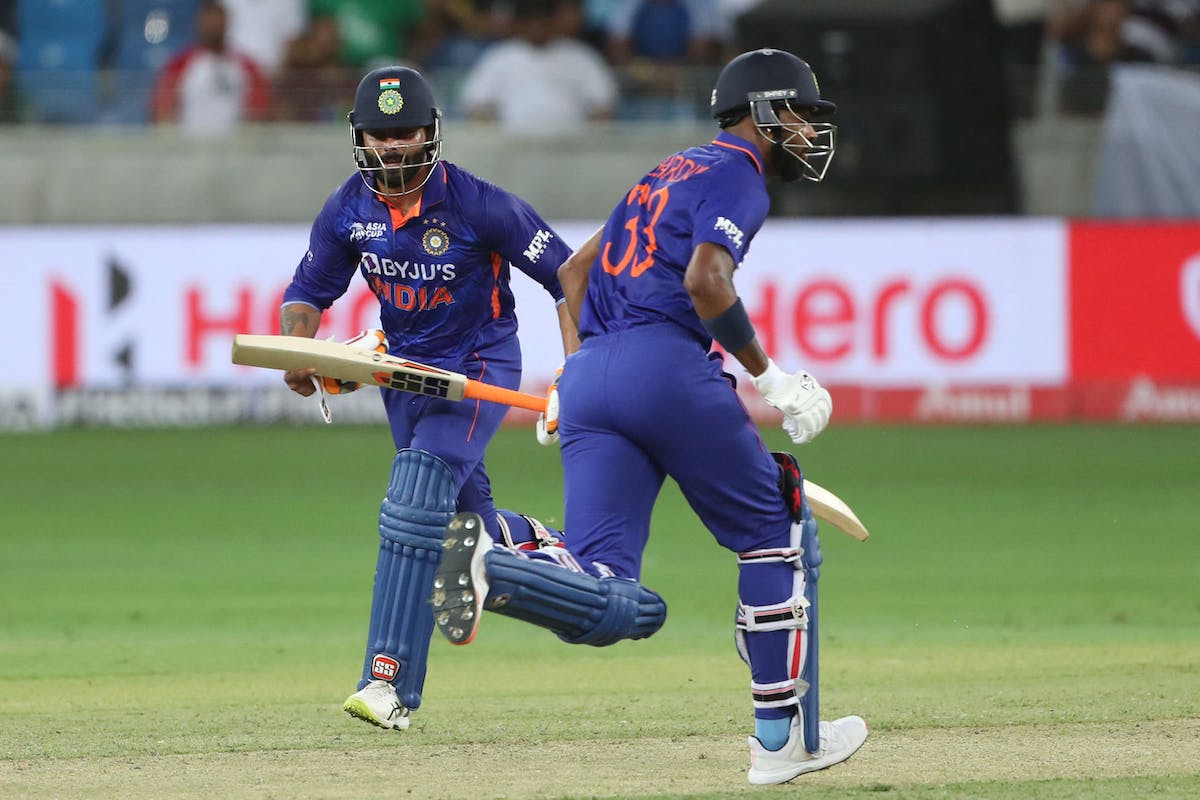 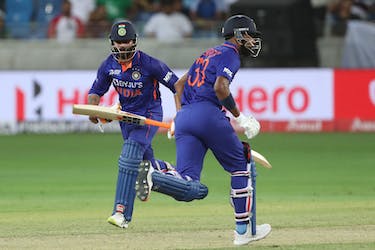 Four years ago, Hardik Pandya was stretchered off the field due to a career-threatening back injury against the same opponents at the same venue.

In the first match of this edition of the Asia Cup against arch-rivals Pakistan, Hardik Pandya feels a "sense of achievement" after guiding India to a five-wicket win with his all-around performance.

Hardik dished out an all-round effort, first returning with figures of 3 for 25 and then playing a 17-ball unbeaten 33-run knock to guide India home on Sunday after an injury that hampered his game for more than three years.

In a video posted by BCCI, Hardik said, "Happy to get this win because it was very important for us. Our nerves were checked, and as a team, we were challenged as well. Loved the way he Ravindra Jadeja came out and played as well."

"I was recollecting everything from being carried on the stretcher and the same dressing room. You feel a sense of achievement after all the things happened and again getting an opportunity today," he further added.

After undergoing surgery on his back, the 28-year-old put in gruelling hours of rehabilitation and strength training to start playing for India again. He credited the role of former Indian team physio Nitin Patel, who is currently the head of BCCI Sports Science, and current strength and conditioning coach Soham Desai for his successful comeback.

"That journey was very beautiful. We get the fruits of the journey but behind the scenes, whoever has worked with me never gets the credit. So, I always believe in giving credit to the person who deserves it. Nitin Patel, Soham Desai, I will give credit to them for whatever comeback I have made," the all-rounder said.

Hardik said he was planning one over at a time and would have "fancied" his chances even if India needed 15 runs rather than the seven that they scored in the final over to win the game.

"In a chase like this, you always plan over-by-over. I always knew that there was one young bowler (Naseem Shah or Shahnawaz Dahani) and also one left-arm spinner (Mohammad Nawaz).

"We only needed seven off the last over, but even if we needed 15, I'd have fancied myself. I know the bowler is under more pressure than me in the 20th over. I try to keep things simple," said India's No. 1 all-rounder.

"Seven runs didn't look very big to me. I was least bothered about the left-arm spinner Mohammad Nawaz and five fielders outside the circle because whatever the situation was, I had to hit. But in the entire innings, the only time I showed some emotions was when you got out," he said in a free-flowing chat with Jadeja posted on bcci.tv.

"There was no pressure in my mind. According to me, he had more pressure. I was just counting on a mistake from him. The better you handle pressure, then only you can execute properly."

Hardik and Jadeja shared a crucial 52-run stand for the fifth wicket to get India closer to the target before the latter departed in the first ball of the final over.

"Me and Jaddu have been playing together for 7-8 years. The Indian team is always known for their top 3, we are very grateful to be getting opportunities and we are able to perform.

"Our process is not just for this tournament; our process is for the World Cup. If such a situation comes again, definitely we will remember and take inspiration from this match," Hardik said.

Jadeja, who played an attacking 29-ball 35-run knock after being promoted in the batting order, termed his innings on Sunday as "very important".

"It was very important because when I was promoted in the batting, my thought was to take as many chances against the spinners. I was looking to hit the big shots. Our partnership was very important," he said.

India will lock horns against Hong Kong on Wednesday, 31st August, in Dubai.