Hardik, Jadeja took the game away from us with clean-hitting: Maxwell 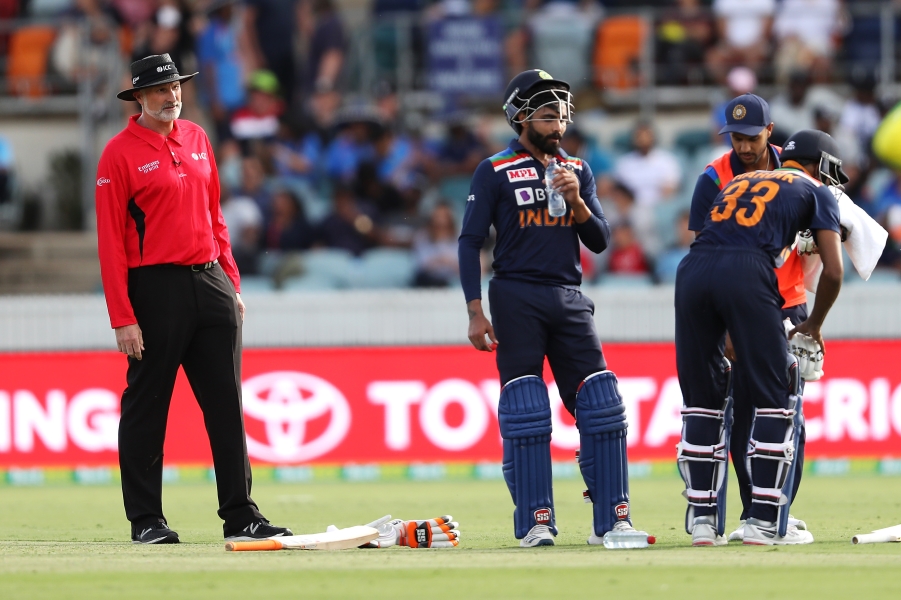 Hardik, Jadeja took the game away from us with clean-hitting: Maxwell

Known for his brutal strokeplay himself, Australian allrounder Glenn Maxwell was left impressed with a clean-hitting display from India's Ravindra Jadeja and Hardik Pandya in the third ODI.

Hardik (92 not out) and Jadeja (66 not out) shared an unbeaten 150-run stand which effectively won the game for India.

Asked whether the Hardik-Jadeja partnership changed the game in India's favour, Maxwell said, "Yes, certainly, I think, the way the wicket was probably behaving through out, we had them 5 for 150 and one wicket away from I suppose the bowling line-up, so we knew we were one wicket away.

"But, unfortunately, the way they were able to play, they put pressure on, they (Hardik and Jadeja) accelerated and took the game away from us with some really clean hitting," Maxwell said at the virtual post-match press conference.

Maxwell, who hit 59 off 38 balls, also felt that the run out of wicket-keeper Alex Carey (38) was a key moment of the game that his team lost by 13 runs.

I thought probably the changing point was the run-out of Carey, which was probably 100 per cent my fault.

"Unfortunately, when you sort of leave yourself with, we were six down at that stage, makes it little bit tougher, because you know one mistake, it can turn all around pretty quickly, I think that (Carey run-out) was probably a key moment of the game," he said.

He also praised Jasprit Bumrah saying the India pace spearhead is a class-finisher and also that the opposition bowlers bowled well in the death overs.

He also had words of praise for legspinner Adam Zampa, who ended the series with seven wickets.

"He (Zampa) has been exceptional for the last few years and has figured himself as one of the best leg spinners in the world in ODI cricket. He just seems to get the job done day in and day out...

"We saw how well he bowled in England, he was right up there as one of the players of the series and he just seems to get better and better," he said.

Cameron Green made his ODI debut and Maxwell was impressed with the 21-year-old bowling allrounder.

"It was seriously impressive, and he has impressed a lot of people with the way he has gone about it, not just with the ball, the way he bowled to Virat (Kohli) that little spell, the way he fielded was exceptional for a big man to move like that.

"He is an extremely smooth mover. The way he went about his batting, took the game on, there are good signs ahead for him and he is an impressive young man," Maxwell signed off.

Switch-hit is within laws, part of game's evolution: Maxwell

Former Australia captain Ian Chappell may call it "blatantly unfair" but Maxwell sees nothing wrong in employing the switch-hit, describing it as a "different part" of cricket's evolution over the years.

A switch hit involves a batsman changing the order of his hands (from left-handed to right handed grip or vice-versa) after the bowler has already started on his run-up.

"...it is within the laws of the game. Batting has evolved in such a way, that it has got better and better over the years, which is why we see these massive scores are getting chased down and the scores are going up," Maxwell said when asked about Chappell's comments.

Maxwell urged the bowlers to come up with a plan to combat the switch-hit.

"And I suppose it is up-to the bowlers to try and combat that," he said.

"I suppose the skills of bowlers have been tested everyday with bowlers having to come up with different change-ups, different ways to stop batters," Maxwell said.

He said as the batsmen have evolved, similarly bowlers should also try and innovate.

"...we see guys come up with knuckle-balls and wide yorker fields and different tactics. And the tactics of ODI cricket have definitely evolved, so I just see it (switch-hit) as a different part of the evolution of the game ," he added.

The 77-year-old Chappell had expressed his reservations about the switch-hit.

"(Switch-hitting) is amazingly skilful, but it's not fair," Chappell had told the Wide World of Sports. 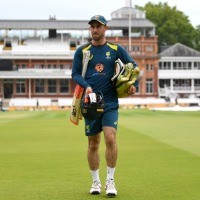 NEWS
Ian Chappell suggests banning switch-hitting, says it is "blatantly unfair" on bowlers
A switch-hit involves effectively changing from a right-hander to a left-hander just before the ball is delivered by the bowler for the purpose of executing the shot