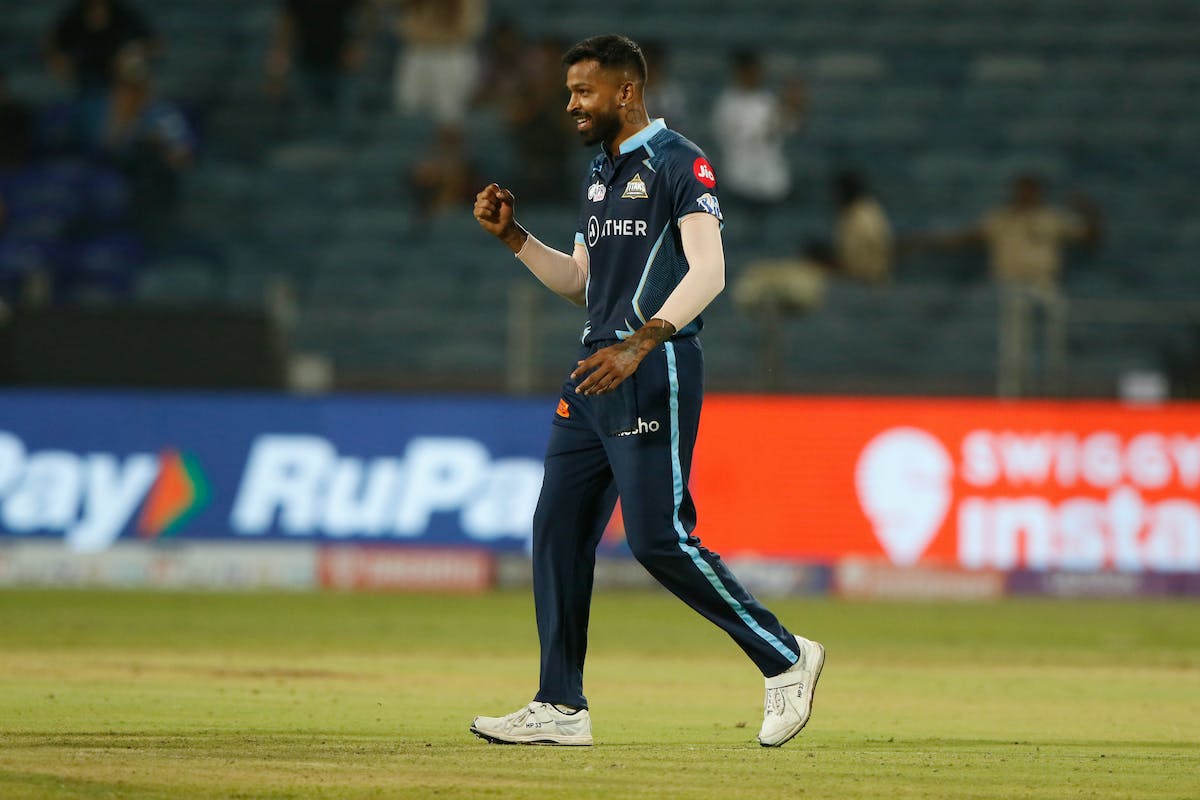 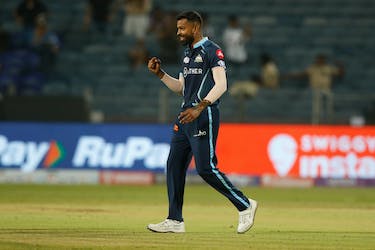 Skipper Hardik Pandya's philosophy of playing "not just to win" and "to entertain" has infused energy and life into Gujarat Titans' stellar campaign in IPL-15, feels pace spearhead, Lockie Ferguson.

The New Zealand speed merchant has been one of the pillars for Titans in their debut season, with eight wickets from five games, including two match-turning performances.

When asked how the new skipper has measured up with his leadership skills, Ferguson was generous in his praise.

"Hardik has a pretty relaxed approach towards the game of cricket, and he plays the game to entertain people as much as to win the game. I think that kind of attitude breathes energy and life into the group, and of course, he is leading with his performances which count for a lot," Ferguson told PTI in an exclusive interview.

The New Zealand speedster is comfortable around the leadership group, which has helped the team win four out of its first five games.

"The whole leadership group including vice-captain Rashid (Khan) has also got a relaxed attitude and coaching group of Gary (mentor Kirsten), Vik (Director of cricket Vikram Solanki) and (head coach) Ash (Ashish Nehra) are the same. That explains quite well, and it is enjoyable," he added.

"Hardik has taken to leadership with an open arm, but he has shown that one can't forget how good a batter he is when he gets going," he said.

Ferguson's respect for Hardik is understandable. When asked who is the most dangerous T20 batter that he has ever bowled to, he promptly said, "Hardik Pandya".

"It's nice to have him in my side as I remember when I was with KKR, in one match, he was hitting sixes for fun."

"During pressure situations, what you need is a relaxed attitude from the skipper. That helps a fast bowler. Time spent with a captain is the key, so in that regard, it is pretty tough to get past Kane Williamson."

If Hardik laid the foundation with his special knock, it was Ferguson who brought the Titans back in the game against Rajasthan Royals with a beautifully planned delivery that got rid of Jos Buttler, who was on a rampage.

"Look, I wasn't trying to think too much about the score at that time. We had a wicket earlier in that over (R Ashwin), and Rashid had already bowled a gun over, the one before me, so that built some pressure," he said.

"The first ball that Jos played against me, and I thought he might try to lap it, and he was too good as he hit it for a six."

"So my only real option was to change the pace and try to get some sort of movement in the air, and it came out perfectly, landing at the bottom of the stumps. So I was very pleased to tell from reaction that I got him out," he said.

Ferguson agreed that batters are planning well to combat the yorker and block hole deliveries at the death overs, and hence, the wide yorkers have come into the picture. They have been used to good effect to stop the run-flow.

"The batters are setting up for yorkers now, and when they are practising in nets and on bowling machines, I find them to be so good at hitting low full-tosses, and that's pretty awesome part of the game that if a bowler misses a fine margin, he is hit for six."

"Fast bowlers have had to adapt, and in IPL in the last two seasons, fast bowlers have done a great job on slightly bigger UAE grounds (Dubai and Abu Dhabi). Grounds this year are decent sizes, and, yeah, I think, there isn't a one-size-fits-all kind of delivery.

"Yes wide yorker is an effective delivery, but you are also toying with the wide line. It depends how it's coming out on the day and depends how the batters are going about it."

Last year, just before the Black Caps' World T20 campaign was about to commence, Ferguson had a muscle tear and had to give the global meet a miss.

"Yeah, it was a small tear that put me out for three weeks and I missed the WT20 which was perhaps the most frustrating time one had to endure, that too before the first game," he rued.

He feels that managing workload in a bubble life and playing three matches in a week for two months does have its flip side also, which one needs to be very careful about.

"Last couple of years have been challenging because of the amount of cricket we have played and the bubble life, and when you are playing three games a week."

"It's very difficult for a fast bowler to recover. It's okay if you are doing it for a couple of weeks, but after some time, you are perhaps burning the candle at both ends," he concluded.