Harshal Patel is coming back into some really tough conditions : Rahul Dravid 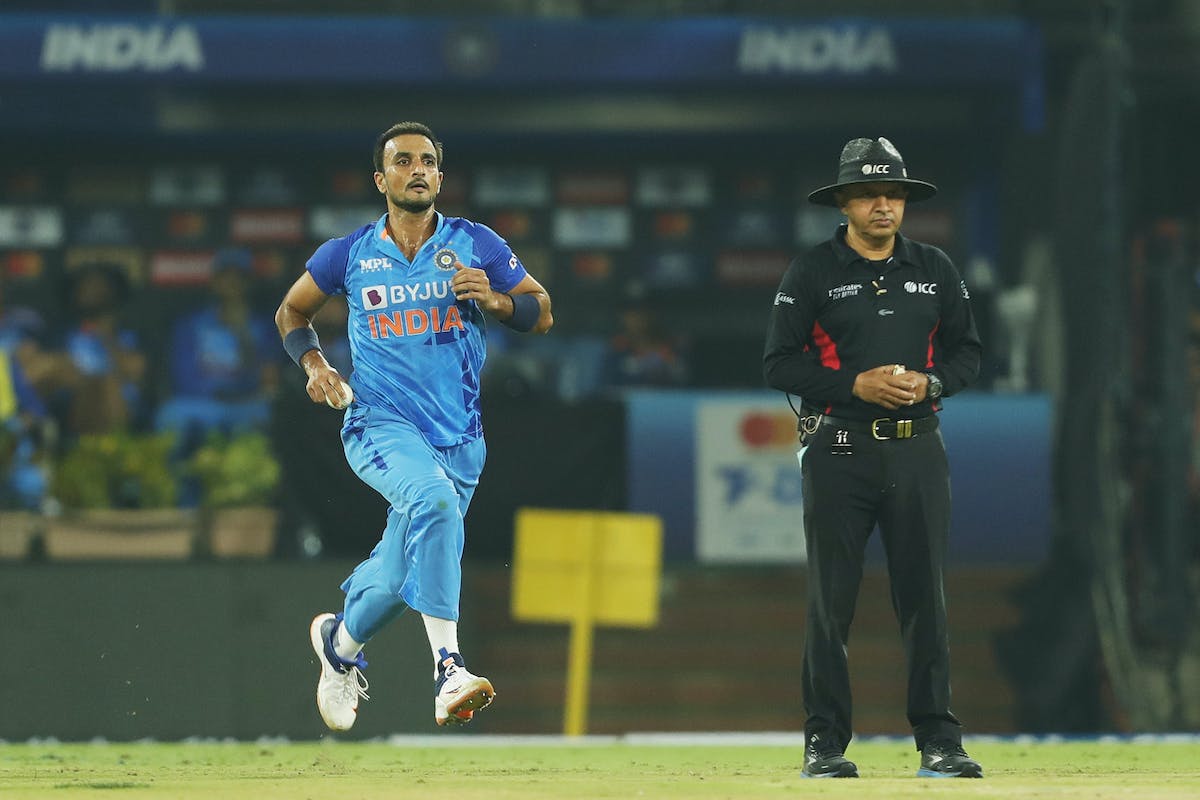 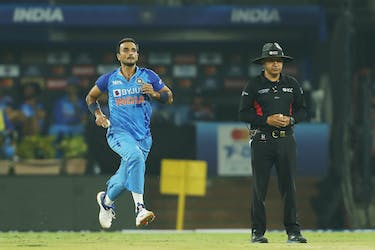 Harshal Patel is coming back into some really tough conditions : Rahul Dravid

Harshal Patel, who was touted as the solution to India’s death-over concern, has conceded 40+ runs for the seventh time in 2022 on Tuesday

Since the Asia Cup, bowling at the death has remained a big concern for Team India. With Jasprit Bumrah being ruled out due to back stress fracture and Harshal Patel struggling to balance things at death, India have been forced to use Bhuvneshwar Kumar, who despite his powerplay heroics, hasn’t been able to back up in the last four overs.

In the last two games, India conceded 221 and 227 respectively and the bowling in the death overs was listless to say the least. India have just two warm-up games to get their act together ahead of the World Cup game against Pakistan on October 23 but Rahul Dravid is not concerned so much about it. While admitting that India have to get better in that department, the former India skipper stated that on the flat wickets, it was difficult to contain the batters.

"Obviously, you keep trying to get better in all the departments. Certainly bowling in the death…you know to be fair it's been very flat wickets, it's not been easy bowling at the death, but only for our team, but the other teams too. Australia and South Africa have a lot of experience in their bowling attacks, yet they've struggled in the death as well. So it's not only us," Dravid said in the post-match presser on Tuesday.

Harshal Patel, who was touted as the solution to India’s death-over concern, has conceded 40+ runs for the seventh time in 2022 on Tuesday. No bowler has suffered this fate in as many innings as Harshal in a year in T20Is. In total, Harshal has conceded at an economy of 9.4 in 69.1 overs this year. That doesn’t paint a rosy picture but Dravid didn’t want to single him out.

"Sure, he's not the only one. Overall, in the death (overs), all told, we need to get better, improve, execute better. Sometimes, it's not about the plans. Sometimes, we've got some smart plans and strategies, but a lot of it comes down to that execution. The ability to deliver that yorker, or the slower one, or hit the wide line, or whatever it may be. So, I won't single him out individually. As a group, we need to do better," Dravid said.

"I wouldn't say it's a concern. I've answered this question earlier as well. He has been someone who has bowled well in the last couple of years. He's coming back from a month and a half off from the game. And coming back into some really tough conditions. Not the easiest of bowling conditions to walk into after you haven't played for 6 weeks. We really back him. We know that he's got the quality and ability," Dravid said.

"We certainly have confidence in the boys. I mean when you look at the kind of group that we'll take to Australia, all of them have done well, and done well in the death as well. It's just a question of us getting it all together and just hopefully executing them, come Australia," he said.

India will depart for Australia on October 6 for the T20 World Cup preparation while a second-string line-up led by Shikhar Dhawan will be taking on South Africa in the ODI series, starting on the same day.