Have never been in a situation like that before: Roach 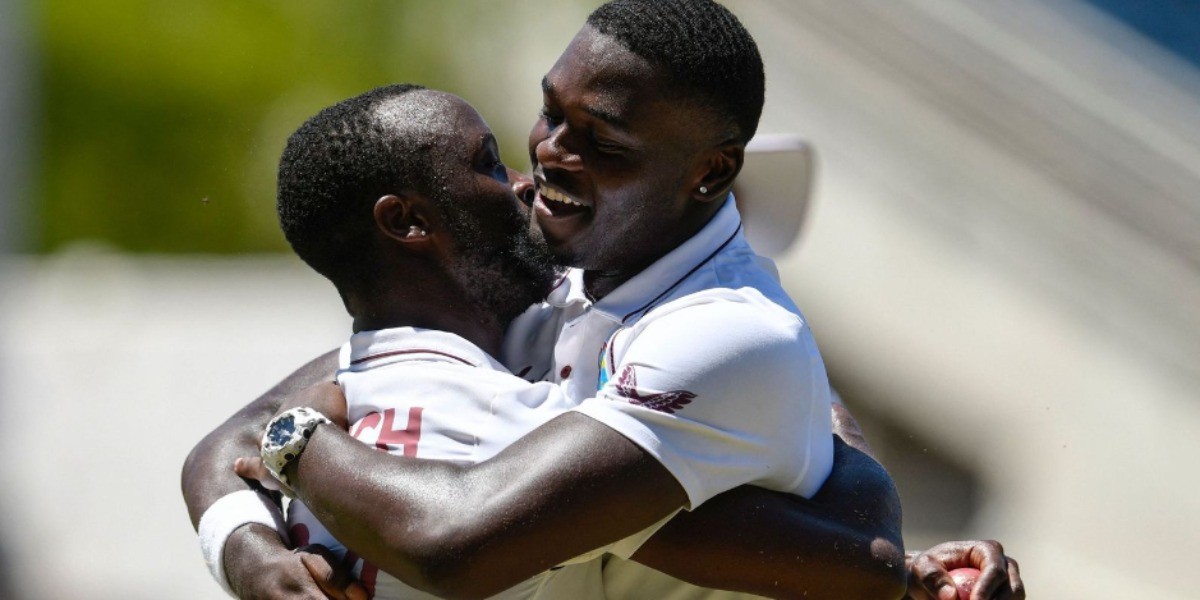 Have never been in a situation like that before: Roach

Kemar Roach played a massive role in West Indies' sensational one-wicket win over Pakistan in the first Test. The 33-year-old took five wickets in the game and then played a crucial knock of 30* to help West Indies chase down 168 in challenging conditions at Sabina Park. The hosts were reduced to 151/9 and still needed 17 runs to go 1-0 up in the series and that's when Roach stood up and got the job done.

"I have never been in a situation like that before, batting with the tail.  am part of the tail, so for me it was to go out there and believe. That was the biggest thing - to believe and stay positive - and it worked, and I give thanks," said Roach, who was playing his 66th Test.

"The plan was to just stay positive. That's me. I was just trying to take on every ball as it came. This is by far the most important innings so far. I was just trying to pick the gaps and run hard. My advice to Jayden (Seales) was just to protect the stumps. The biggest threat is the straight ball. He did it very well. He is a star for the future. His five wickets today speaks wonders about our cricket. All the best to him, and I wish him a great career!"

It was Seales who was named Player of the Match. Playing his third Test, the 19-year-old took three wickets in the first innings and then got his maiden five-wicket haul in the second essay. He then scored 2* off 13 deliveries in the final innings and ensured West Indies got over the line.

"Words can't describe how I feel after the five-wicket haul, I'm just thankful to the almighty. In the partnership with Roach, we talked about positivity and patience, just waiting, and eventually, we got there. I wanted to give the strike to Roach, and just take the opportunities to score runs," said Seales.

"Test cricket has been a dream, and getting five today, it really goes to the bowling coach who backed me to be successful at this level. All the bowlers keep telling me to keep going hard at the batsmen, hitting the lengths, and wickets will come."

West Indies lost their top-three wickets for just 16 runs but Roston Chase (22) and Jermaine Blackwood (55) brought them back in the game by adding 68 runs for the fourth wicket. West Indies captain Kraigg Brathwaite was mighty pleased with the way his players performed under pressure.

"A remarkable Test. We never lost hope. Pakistan bowled very well, and this pitch requires patience from the batsmen. Whoever had more patience came out on top. We have some time before the next Test and it will be a different pitch. The bowlers did well, they were tired, but they gave it their all," said Brathwaite.

"We have been working hard as a batting group and Blackwood is hungry for runs at his homeground so good for him. Pakistan will come back hard, but whoever is more patient will come out on top. I think this was a good cricket pitch - had something for the pacers, and had value for runs because the ball was coming on."

Meanwhile, Pakistan skipper Babar Azam said: "This is the beauty of Test cricket. The way this match panned out - you could see the momentum kept swaying from one side to the other. We tried to give it our 100%. Our boys put in the effort, our bowlers and fielders put in the effort. But in the final session the one or two chances that came our way in the form of catches - had we availed of those, the result of the match could have been different.

"When you drop catches in clutch phases, the course of the match changes. We got two chances but couldn't avail of them which is why we lost the match. That said, we did pull off a few good catches, so you took good catches but dropped a few, so you lost the match."