Hayden confident of 'special' innings from Babar in semifinals 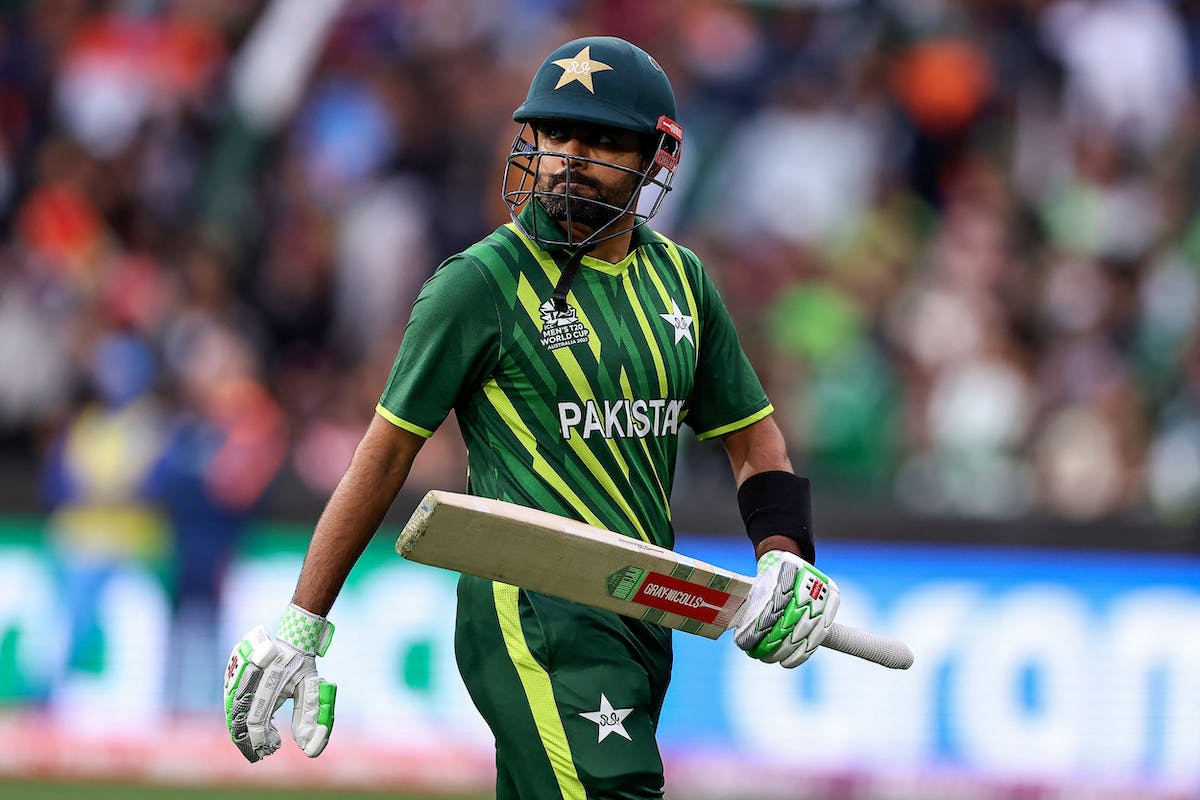 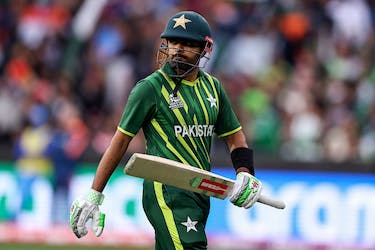 Hayden confident of 'special' innings from Babar in semifinals

Pakistan had a topsy-turvy 2022 T20 World Cup. They lost their opening game to arch-rivals India which was followed by a heartbreaking loss to Zimbabwe by a single run. Despite beating Netherlands and South Africa, their exit from Super 12 stage looked very much possible. However, they were handed an easy route to the semifinal on the final day of the group stages when Netherlands beat South Africa.

While there was no single consistent performer for the side, skipper Babar Azam's failures with the bat have affected the team significantly. The former No.1 T20I batter managed only 39 runs from five matches in the tournament while his opening partnership with Mohammad Rizwan has remained a topic of bother for the team. The pair went past 50 runs only once -- against Bangladesh where they scored 57 in 10.3 overs.

Despite the loss of form, Pakistan team mentor Matthew Hayden was confident that Babar is due for a 'special' very soon.

"There's no question Babar has been under some adversity but that will only make him an even greater player. We know with the weather that when there's a lull, there's often a storm that follows, so look out rest of the world because I think we're about to see something very special from Babar," Hayden told reporters ahead of Pakistan's semifinal against New Zealand.

Hayden admitted that Pakistan were handed a lifeline when they qualified for the semis.

"When the Netherlands beat South Africa it was a significant moment for us, a very significant moment for the team in general around reaching its potential. Lots of prayers as Pakistan woke up to see that result, 232 million people can't be wrong, and as a result of that I feel there has been very much an uplift in tempo in our group," Hayden said on Tuesday.

"It has been a roller-coaster... but I really believe we have yet to play our best game, which is a huge threat to oppositions," he added.

Pakistan had faced New Zealand in a T20 tri-series before the World Cup, a tournament which they won by beating the Black Caps in the final. For Hayden, previous results don't matter as he cited the example of Pakistan's 2021 T20 World Cup campaign where they went undefeated in the Super 12s but lost to Australia in the semis.

"No, I don't think specifically there's relevance (to the win against New Zealand in the tri-series), other than it's always nice to have the rub of the green on the cricket team. Look, really it comes down to just that sense of belief and that purpose," he said.

Pakistan face a strong New Zealand side at the SCG on Wednesday, the same venue where they decimated Australia by 89 runs in the first Super 12 match.

"They've also got a terrific bowling attack, a well-balanced bowling attack. Good mixture of experience. I even played against Tim Southee, that goes to show you how much experience that team has got. But again he turns up; he can swing the ball. Lockie Ferguson has great pace, lots of experience in T20 cricket as well so poses good threats. And they've got good off-pace bowling as well," the former Australian opener said.

"Like New Zealand sport, in general, they really punch above their weight. They believe they can win this tournament and they've got the potential to do that. So lots of threats to our camp, no question," he added.