He is shattered by what happened: Langer after visiting Tim Paine 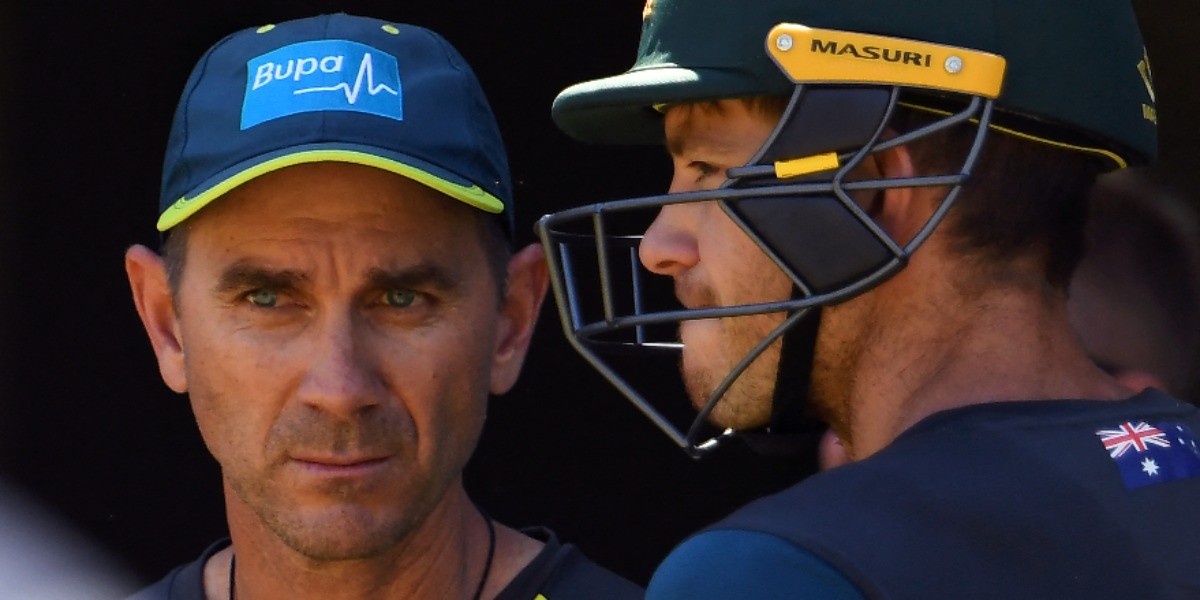 He is shattered by what happened: Langer after visiting Tim Paine

Australia head coach Justin Langer said that he had no idea about the investigation that was going into the sexting scandal former Test captain Tim Paine until few days before he resigned and slammed the 'perfectionist' stance the detractors have been taking.

Last month, Paine stepped down Australia's Test captain and was replaced by Pat Cummins for the upcoming Ashes beginning on December 8. Langer sympathized with Paine following his visit to the 36-year old in Hobart.

"I'm very sad for what's happened. He and I have been through a journey like we have with all this group. He's one of the best people I have met in cricket, so it was nice to go down and see him. He's obviously shattered with what's happened. Because he's been such an exemplary figure in Australian cricket for the last four years," Langer told reporters on Saturday.

However, Langer admitted that he had heard about the incident from Paine himself soon after he was made the captain.

"I heard about it, I think I was getting on a bus on the way to England about an incident. Because Painey told me about it. That was nearly four years ago. And literally the first I heard about it after that was the day or two days before he resigned," he said.

"So, I had no idea about an investigation. I didn't know anything about that. I obviously know deeply the full story now and the context of it all. But I certainly didn't know that before. And again, what other people make of it again is completely out of my control," Langer added.

Langer criticized the unforgiving nature of society regarding the mistakes made by the ones in the spotlight.

"We live in a world of perfectionism, don't we? We're a very judgmental society. And as I said at my very first press conference, I was asked about Steve Smith and David Warner and Cameron Bancroft, there's not one person who's asking questions ... or who is listening to this who hasn't made a mistake in their life. There's not a single person," he said.

The head coach felt that Paine has learnt his lesson and has been made to pay for his mistake.

"And our captain, one of the best, made a mistake and is paying a heavy price for it. I continually see in this job, and I see in this society we live in, is it can be brutal. You learn your lessons, but we live in an unforgiving society and that's a real shame," he said.

Langer didn't rule a possible return for the keeper-batter in the Ashes, but left the decision to Paine himself.

"He is a fit as any athlete, certainly in our squad. He looks after himself so well. He's very focused. So who knows. His No.1 priority at the moment is family as you can imagine, and that's how it should be. I'm not sure we've seen the end of him. But we'll wait and see. That'll be his decision," Langer said.