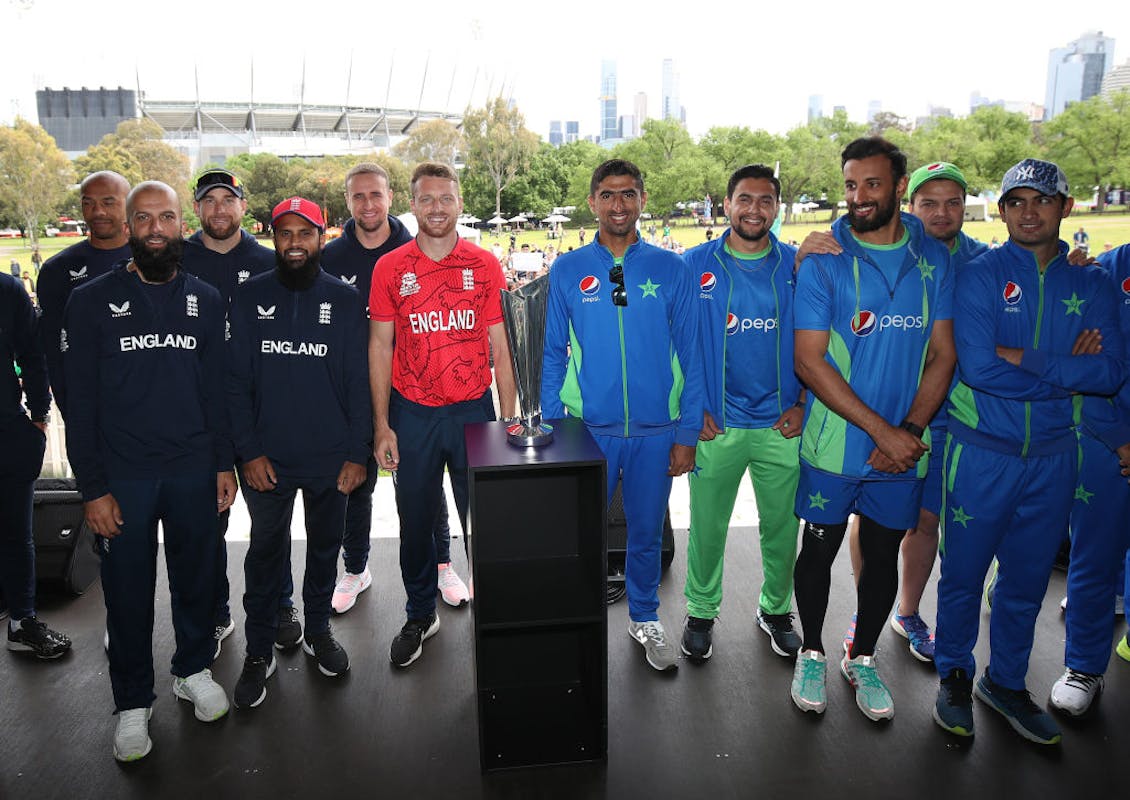 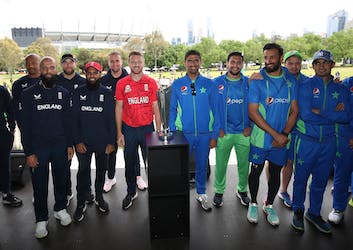 But if we have learnt one thing from this World Cup - all weather predictions are insinuation at best, in Melbourne. Logic may not prevail at all

“Fill the G” - You don’t need to have a catchline to fill the colossus this time. Pakistan fans in Australia would do this. As would the disappointed Indian fans, who had already purchased the tickets for the final.

Maybe they’re supporting England now? Or Pakistan? Or are they even coming at all? And don’t discount the loud Barmy Army too. They’re having the time of their lives.

There would be no shortage of beeline with Green jerseys, perhaps waiting for the same recreation of the 1992 World Cup final result after England and Pakistan made it to the 2022 T20 World Cup. A place in the parliament for Babar Azam then? A shot at the position of Prime Minister even? Well, let’s not go crazy so early.

But Jos Buttler would know. A team that plays right on the philosophy of “qudrat ka nizam” will be taking charge with all the force and England will have to be at their very best to take home their second T20 trophy. Irrespective of the fact that they’re now bolstered by some Hales power, if Pakistan decide to turn up, all rationalities will be thrown out of the window.

However, both sides face the high prospects of rain intervening at the MCG once again, and this time, with a precipitation chance of more than 80% across Sunday and Monday. In the group stages of the competition, a minimum of five over per side are required to complete the match. However, for the knockouts, a minimum of 10 overs is needed to constitute a game. As disappointing that may sound already, there are further chances that we may already move in that direction.

The playing conditions read exactly as this: "If the reserve day is allocated, every effort will be made to complete the match on the scheduled day with any necessary reduction in overs taking place and only if the minimum number of overs necessary to constitute a match cannot be bowled on the scheduled day will the match be completed on the reserve day.

"If the match has started on the scheduled day and overs are subsequently reduced following an interruption, but no further play is possible, the match will resume on the reserve day at the point where the last ball was played."

From all accounts, this is perhaps the best T20 World Cup ever. The matches were fantastic. So many close games and there was hardly a day in the tournament in which we didn’t have a game that would put the last year’s Dubai edition to shame. Such has been the charm of this edition that a damp squib in the final would be highly anti-climatic.

But if we have learnt one thing from this World Cup - all weather predictions are innuendo in Melbourne. The India-Pakistan encounter was supposed to be a complete wash out but we didn’t see a single moment of rain. Such has been the craziness of the weather in the Victorian capital.