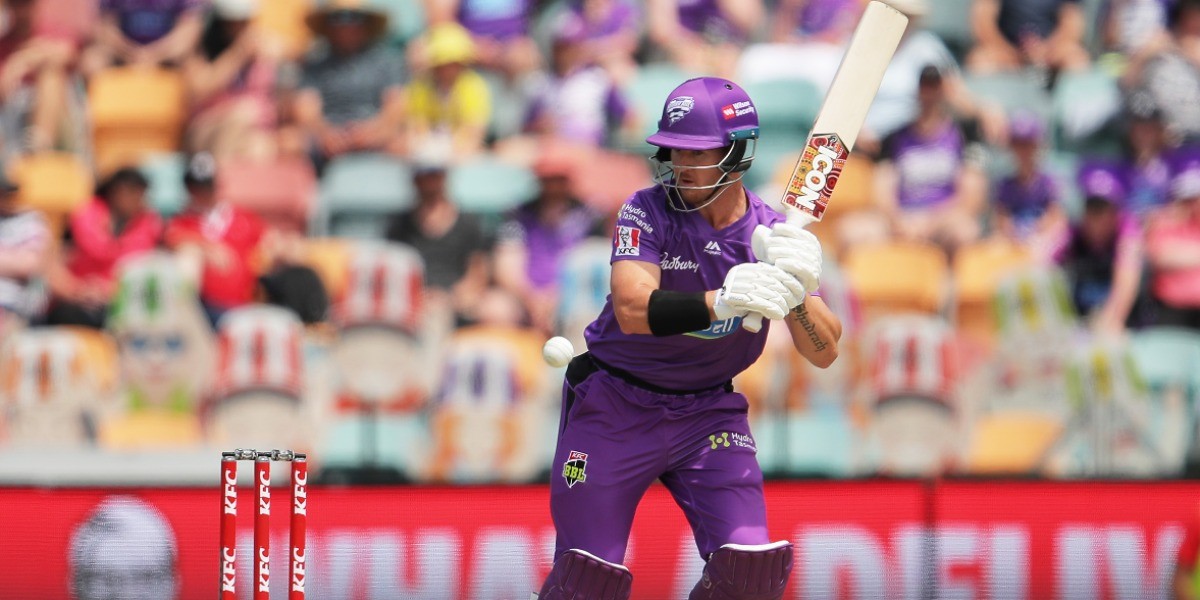 While Sydney Sixers have a good lead at the top of the table and Melbourne Renegades find themselves separated from the rest at the bottom, there are as many as six teams in a massive battle for four playoff spots. Two of those six sides, namely Hobart Hurricanes and Perth Scorchers, will face off in an important contest on Friday (January 22).

The Scorchers have been the better side in matches between these teams, winning eight and losing six against the Hurricanes. The team from Hobart, though, have the slight edge in recent meetings – three wins in the last five encounters. The Scorchers won the reverse fixture comfortably by nine wickets. 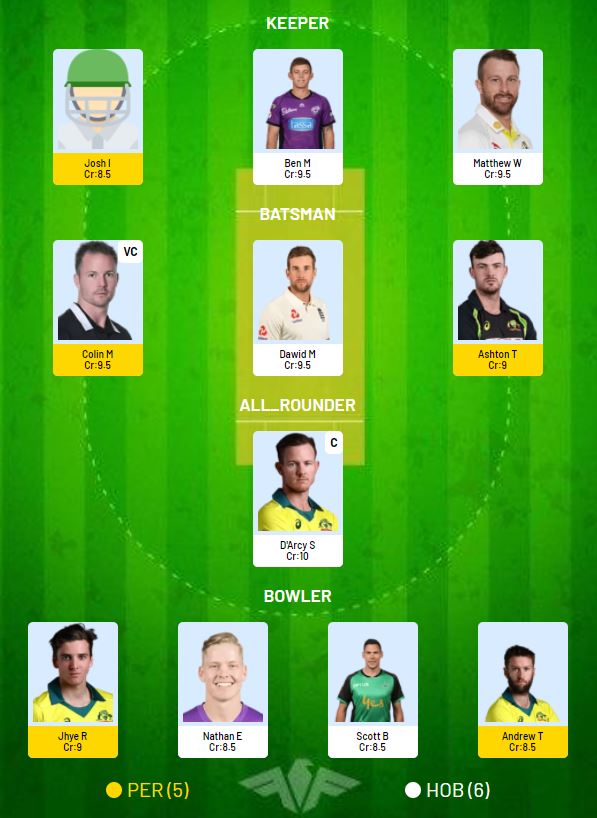 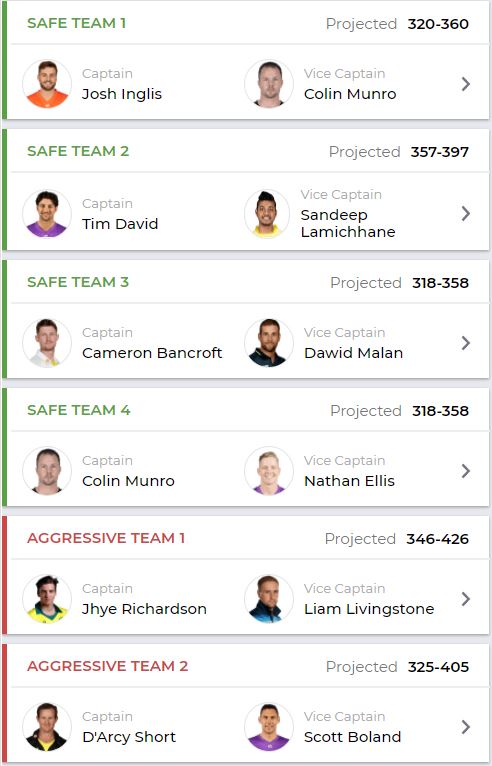 There have been two matches played at the Docklands Stadium in BBL 10 so far. In those couple of games, the average run-rate has been 8 while the bowling strike rate has been 19.5. Pacers have taken 75.8% of the wickets that have been credited to bowlers and have a better strike rate by 7.7 balls per wicket, but we are going to consider some more recent stats as well because two games is a very small sample size.

Since 2019, there have been 12 BBL matches played at this ground and the average run-rate has been 7.8 which is quite similar to this season’s corresponding number. Spinners (21.2) have an almost identical bowling strike rate as the pacers (21) during the aforementioned period here, which could indicate things could improve for the slower bowlers. In the dozen games held at Docklands in the last two years, spinners have bowled 36.6% of the overs and taken 36.4% of the wickets which are good percentages.

With Matthew Wade returning for this match, selection becomes very difficult. We ended up having to not pick Jason Roy, Liam Livingstone and Mitchell Marsh because of budget constraints and team combination. 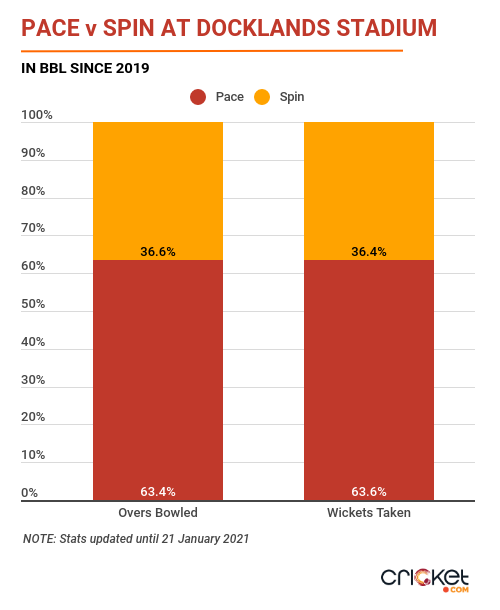 D’Arcy Short is having a subpar season while Jhye Richardson is having an excellent one. While forms might be contrasting, Richardson and the Scorchers will know all about the ability that Short carries with the bat and will want to get his wicket early. So far though, in T20 cricket, Richardson is yet to dismiss Short in 24 balls across three innings, having conceded 29 runs.

Colin Munro has been in sensational form in recent games and the Hurricanes will be wary of that. Going by past record, they could look to Sandeep Lamichhane to help them on that front. Lamichhane has bowled 30 deliveries to Munro in T20 cricket so far and conceded just 26 runs while dismissing the New Zealand batsman once.

By his usual standards in the BBL, D’Arcy Short has been inconsistent this season. 201 runs at an average of 18.3 are not the numbers you’d expect from a batsman of his calibre, but we are still entrusting him with the captaincy because of his ability to contribute with both bat and ball. Short has enjoyed facing the Scorchers in the past – 251 runs at an average of 50.2 and did manage a fifty in the reverse fixture this season.

Our Criclytics player projector predicts Short could score 14-37 runs and could take 0-1 wickets in this match.

As mentioned earlier, Colin Munro has been fantastic in the ongoing season of the BBL. He was the Player of the Match in Scorchers’ victory against Brisbane Heat on Tuesday (January 19) after scoring a 54-ball 82, it was his fourth 50+ score in his last five innings. Due to the incredible form that he finds himself in, we have selected the left-handed Scorchers batsman as our vice-captain.

Our Criclytics player projector predicts Munro could score 15-38 runs in this match.

In what is a big boost for the Hurricanes, their captain Matthew Wade makes their squad for the first time this season. While the 33-year-old didn’t have the greatest of times in the recent Test series against India, he was very good in the T20I series held just before, notching up two successive fifties. In BBL 09, he scored 351 runs at an average of 50.1 and strike rate of 171.2.

Our Criclytics player projector predicts Wade could score 13-36 runs in this match.

To say Jhye Richardson is having a superb BBL season would be an understatement. The right-arm pacer is currently the highest wicket-taker in the ongoing tournament, having taken 21 wickets at a strike rate of 11. He has picked up at least one wicket in his last eight matches and has gone wicketless just once in 11 games so far this season.