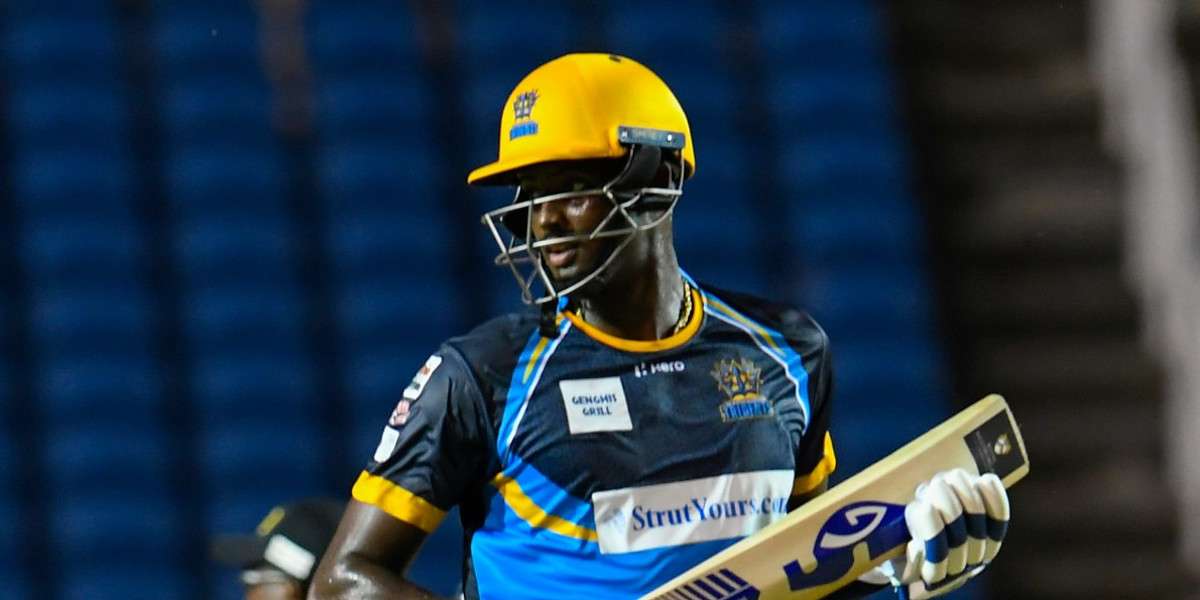 Jamaica will play runaway CPL leaders Trinbago in the semi-finals

A classy half-century from captain Jason Holder and a fine all-round performance from Mitchell Santner saw the Barbados Tridents finish a troubled season on a high, and meant that once again Andre Russell’s brilliance was in vain for the Jamaica Tallawahs. With the Tallawahs now confirmed in fourth, they will play runaway Hero Caribbean Premier League (CPL) leaders the Trinbago Knight Riders in the semi-finals.

Santner’s first over went for just two, but Jermaine Blackwood, promoted to open, cut Joshua Bishop’s first ball for four. Holder brought himself on, and Blackwood carved him for four over the slips, taking the Tallawahs to 22/0 off four.

Rashid Khan conceded a boundary apiece to Blackwood and Phillips in an over that went for 11. Blackwood used his feet well to hit Bishop over long-on for the game’s first Hero Maximum, and the Tallawahs completed a good Powerplay at 44/0.

Ashley Nurse dropped a slip catch off Hayden Walsh Jr, reprieving Phillips on 14, but that reprieve lasted only three balls as Keon Harding, on Hero CPL debut, took a fine catch running in from the cover boundary. The Tallawahs had lost a little momentum to be 69/1 at halfway.

Rashid’s over went for just two, but Blackwood hit Harding’s first ball for six to bring up his first Hero CPL fifty. He uppercut a four in the same over and a Hero Maximum off Walsh, and while Asif Ali fell cutting Walsh to end another scratchy innings, that brought in Andre Russell with time to bat.

Holder brought himself on, and was unlucky to see a Russell edge clear the keeper for four. There was no fortune in Russell’s pair of monstrous Hero Maximums off Walsh, and the Tallwahs surged to 112/2 off 15.

Santner bowled well to Russell, whose only boundary came via a misfield, and though Blackwood squeezed a four through point, Holder bowled him round his legs next ball. Russell smashed another Hero Maximum to finish the over, and the Tallawahs were well-set at 133/3 off 17.

Rashid returned for the death, and though Russell didn’t middle a pull he still got four. He absolutely middled it into the top tier two balls later, but Rashid was desperately unlucky next ball, a googly hitting the stumps and lighting up the bails but not knocking them off.

Russell inside-edged past the stumps off Holder, and entering the last over the Tallawahs were 153/3. Russell nearly cleared the roof to bring up his 50 off just 26 balls, but Rashid finally got his man, Russell stumped by yards. The promotion of Blackwood and Russell had got the Tallawahs to their highest total of Hero CPL 2020.

The recalled Oshane Thomas was too quick for Johnson Charles and bowled him off the inside edge, but the first over went for 17 including four wides and two fours by Jonathan Carter who was promoted to open. Left-arm seamer Preston McSween, on Hero CPL debut, also struck in his first over, bowling Shamarh Brooks with a beauty that swung and seamed back in.

Mujeeb Ur Rahman’s first over went for six, and where McScween’s first over was excellent, his second was poor. Holder started with a lovely Hero Maximum over long-on, and took four more fours off it to take the Tridents to 50/2 off four overs. Thomas and Carlos Brathwaite bowled tidily, but the Tridents finished the Powerplay at 61/2, their best of the tournament.

Mujeeb beat Holder on both edges, and the Tridents captain was lucky to bottom-edge between Phillips’ legs for four. Holder smashed a Brathwaite full toss for six to bring up his 50 off just 28 balls, and he and Carter worked Sandeep Lamichhane’s first over around for nine, but Thomas returned and went for just two. At halfway, the Tridents were 88/2.

Lamichhane beat Holder with a googly that somehow missed leg-stump in an over that went for only three. Holder bookended Mujeeb’s over with a Hero Maximum and a four, but when Lamichhane trapped Holder LBW with a googly the Tallawahs had a chance to re-assert themselves. After 13 overs, the Tridents were 108/3.

McSween returned but bowled a couple of wides and allowed Carter to hit two fours. Santner showed why he’d been promoted to five with a glorious straight six off Lamichhane, whose last over went for 10. Brathwaite’s over was tight, just three coming off it, and the Tridents entered the last four overs at 134/3, needing seven an over.

Santner steered Thomas square for four, and the equation dropped below a run a ball with a lucky edge past the stumps. Mujeeb’s final over seemed the last hope for the Tallawahs, but it was well negotiated for 10, and for the third game running the Afghan had gone wicketless.

Santner hit a four and a six, and despite Carter’s sluggish knock, the game was won with time to spare. With tactical changes seeing the Tridents record the highest successful chase of Hero CPL 2020, they were left wondering what might have been. The Tallawahs, meanwhile, will need to find some form tomorrow against the St Lucia Zouks before they face the formidable Knight Riders.