Hope to return to my best in this series : Babar Azam 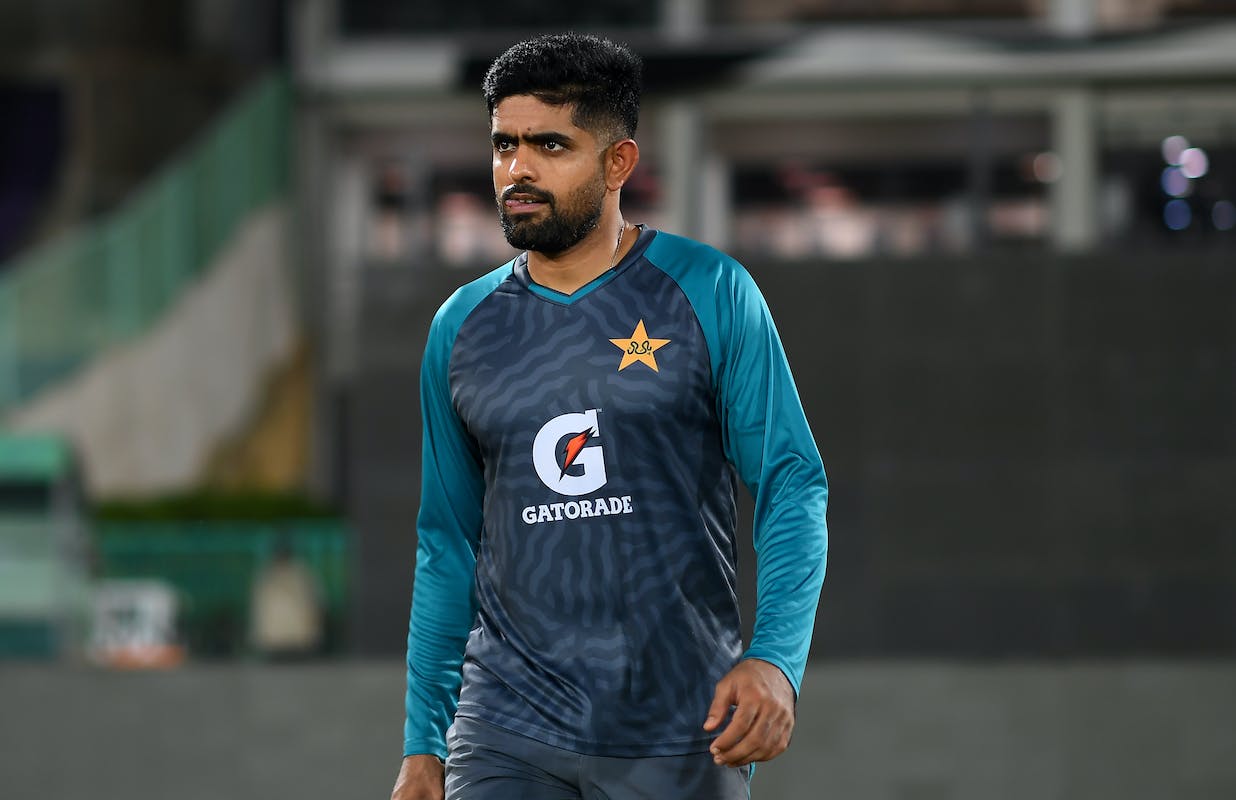 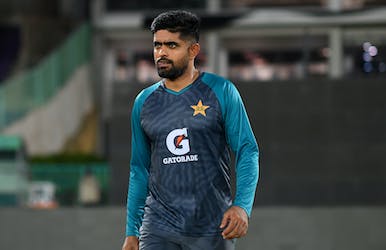 Hope to return to my best in this series : Babar Azam

The 27-year-old managed just 68 runs in six games in the United Arab Emirates, where Pakistan finished runners-up to Sri Lanka

England are on their first tour of Pakistan for 17 years, in a series seen as part of the build-up towards next month's men's Twenty20 World Cup in Australia. The seven-match T20I series will be the first-of-its-kind and the longest bilateral T20I series between two full members. While the series presents an opportunity for both sides to work on the chinks in their armour, this will be especially important for Pakistan skipper Babar Azam, who was struggling for form lately.

The 27-year-old managed just 68 runs in six games in the United Arab Emirates, where Pakistan finished runners-up to Sri Lanka. His struggle to counter short balls was another problem that would wary Pakistan fans, especially with the upcoming World Cup being played in Australia. However, Azam said, on Monday, that he hopes the England series will help him return to his best scoring form.

"I hope to return to my best in this series... and it will be good if it happens before the World Cup," Azam told reporters on Monday.

The lean patch saw Azam dethroned as the world's top-rated T20I batsman, after ruling the rankings for 1,155 days, relinquishing the title to his opening partner Mohammad Rizwan last week. Azam, who is Pakistan's top T20I run-getter with 2,754 runs in 80 games, said he keeps things simple while batting.

"I think less about failures when going through a bad patch. As a batsman your focus is to do your best to regain your form and it would be great to do that before the World Cup."

Azam was the highest scorer in last year's Twenty20 World Cup held in the United Arab Emirates, with 303 runs in a tournament where Pakistan crashed out in the semi-finals. Azam said the England series was a "big occasion".

"Obviously they have come to Pakistan after 17 years so it's a big series and will help us build us towards the World Cup so all the players will utilise this," he said.