How Mahela Jayawardene took Mumbai Indians from 'good' to 'great' 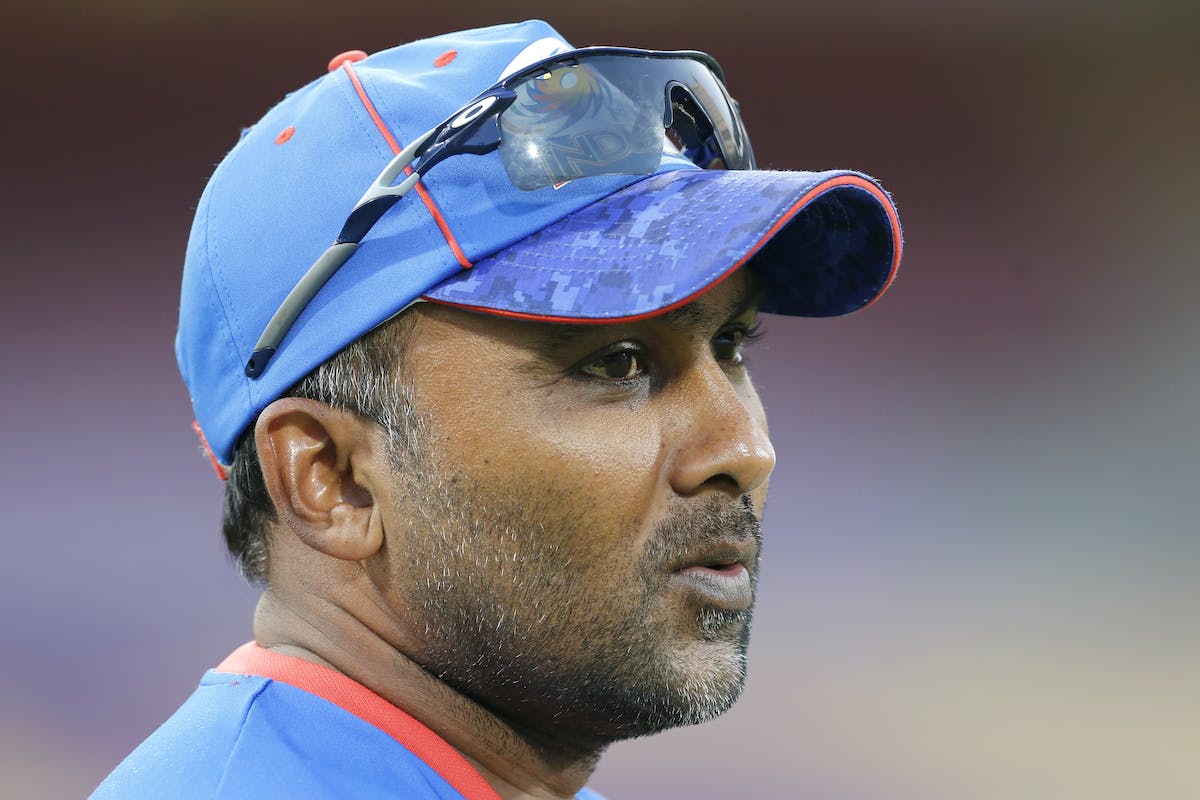 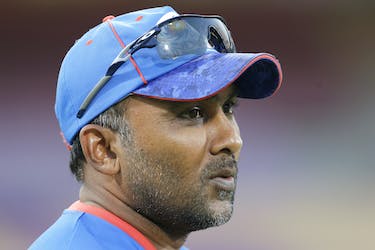 How Mahela Jayawardene took Mumbai Indians from 'good' to 'great'

“An authoritative captain and a prolific batsman of his generation – Mahela Jayawardene will take charge of Mumbai Indians for the upcoming season (2017) of Indian Premier League.”

The above is a press release sent out by Mumbai on 14 December 2016, officially announcing Jayawardene as the successor of Ricky Ponting. MI, at this point, were delving into a world of unknown thanks to the Sri Lankan not boasting a glittering coaching CV, but it would prove to be an appointment that would change both MI and IPL forever.

Over the course of the next five years, Jayawardene not only turned Mumbai into the most successful franchise in IPL history, but created a dynasty so strong that the franchise was being spoken of as one of the best in the entire world.

Jayawardene delivered three titles in his first four seasons, his tenure peaking in the IPL 2020 season, a campaign so dominant that it sent shivers down the spine of every single opposition fan. For such was the gulf between Mumbai Indians and the rest of the pack.

The final two seasons of Jayawardene's tenure were rather forgettable, but six years on, the 45-year-old, who was under pressure to succeed having taken over from a behemoth like Ponting, vacates the head coach position having created a seismic shift. He’s left an indelible mark and his is a legacy that might never be matched.

In the wake of Jayawardene stepping aside from the head coach role to serve as MI’s global head of performance, we look at how he took a Mumbai team that was ‘good’ and turned it into ‘great’. 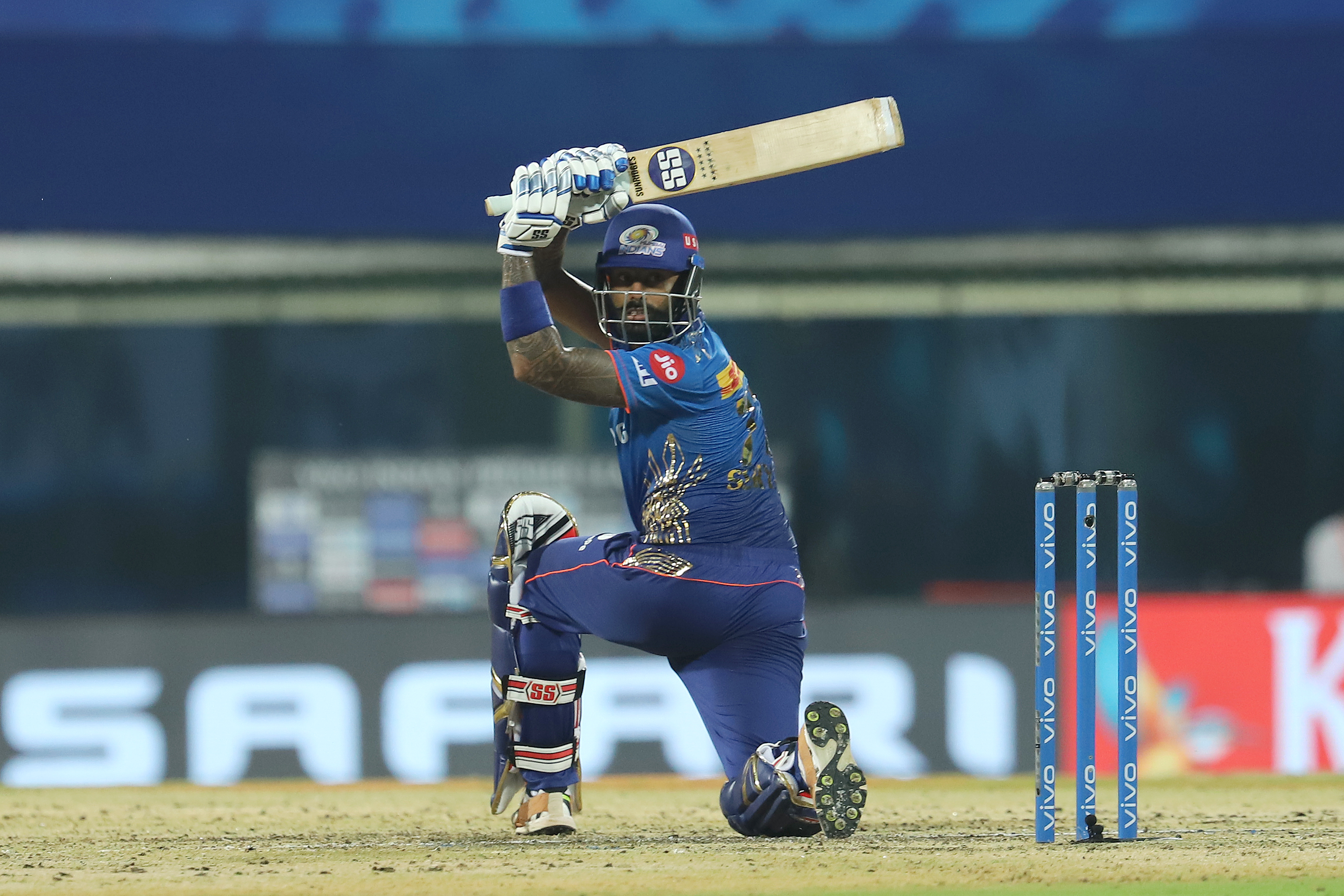 When Jayawardene took charge, there were no paucity of x-factor players with both bat and ball, but Mumbai did struggle for consistency owing to the absence of run-banks that were local, outside of skipper Rohit Sharma.

In the three seasons that preceded Jayawardene’s appointment, only two Indian batters (Rayudu and Parthiv Patel) outside Rohit managed a total of 500 runs batting in the top six, with no individual apart from the skipper averaging over 30.00. MI did win one of those campaigns (IPL 2015) but that was down to Lendl Simmons having the season of his life (540 runs @ 45.00).

Jayawardene instantly identified this as a problem area and elevated a then 24-year-old Nitish Rana in his first season in charge (IPL 2017), and truly put to bed the problem in the mega auction in 2018. Mumbai, ahead of IPL 2018, got hold of Suryakumar Yadav and Ishan Kishan and the rest, as they say, is history. 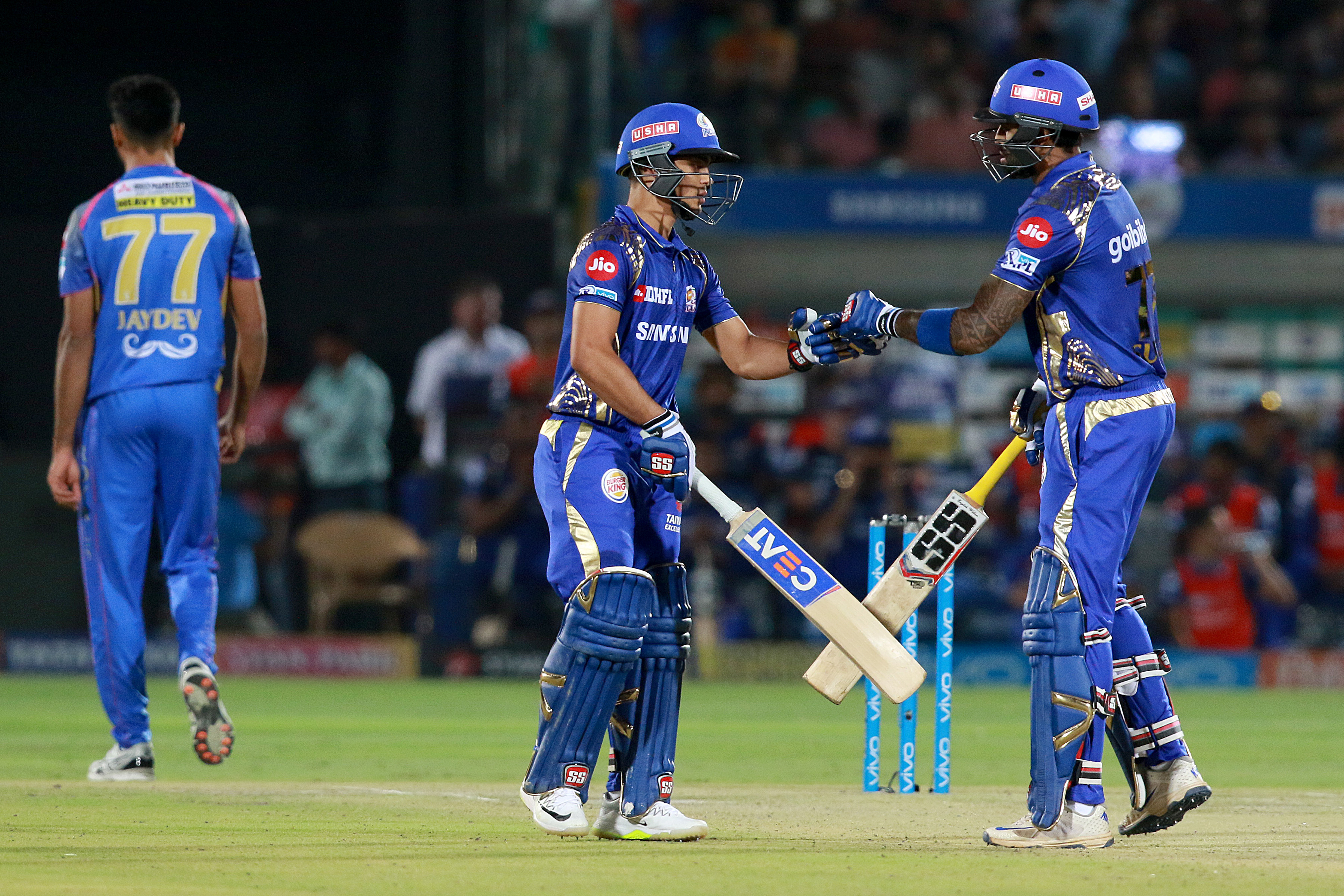 The biggest game-changer proved to be the signing of Suryakumar, who Jayawardene deployed as an opener in IPL 2018. Suryakumar, in the preceding seasons, operated as a finisher for Kolkata Knight Riders, but the right-hander delivered a 512-run season in his first outing as an opener. It was the campaign that paved the way for him to transition to No.3 and turn into the monster he is today, in the shortest format.

Unlike SKY, Kishan did not fully click until 2020, but Jayawardene's vision and decisions were vindicated once the southpaw broke through.

Rohit’s returns dipped post-2017, but the presence of an impenetrable Indian batting core — that became stupendously strong thanks to the rise of the Pandyas — enabled Mumbai to dominate the league for no less than four years, landing three titles.

With Rohit and SKY still present, with Kishan locked in for the foreseeable future and with Tilak Varma joining the aforementioned trio, MI’s Indian core will, in all likelihood, continue to remain strong for the years to come.

The base, therefore, is sorted. MI will instantly turn into a dangerous franchise the moment they sort out issues on the bowling front.

Doubling down on the ‘two overseas seamers’ strategy 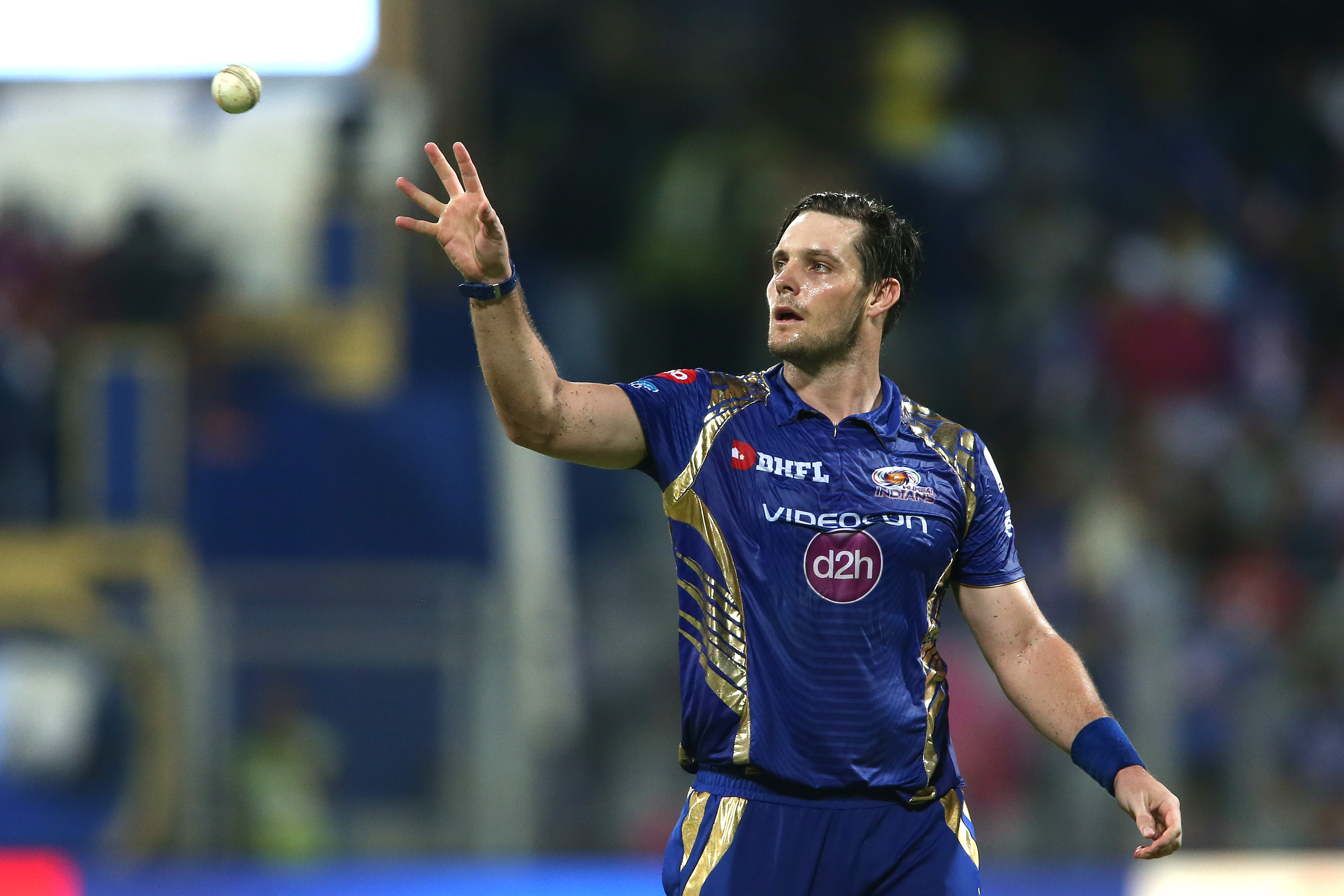 Even prior to Jayawardene’s arrival, Mumbai Indians were a franchise accustomed to deploying two overseas seamers, often both world-class, and the Sri Lankan, upon taking over, doubled down on this strategy.

The rapid rise of Jasprit Bumrah combined with the two overseas seamers strategy turned Mumbai into the most consistently formidable bowling unit in the competition, and it also, remarkably, proved to be a blueprint for success for other franchises. Delhi Capitals, for instance, made the final in 2020 on the back of Rabada-Nortje brilliance, while in IPL 2022, finalists Rajasthan Royals adopted the strategy in the latter half, pairing Obed McCoy with Trent Boult.

A hallmark of the strategy was MI and Jayawardene’s penchant for left-arm seamers. By the time Jayawardene arrived, MI already had the services of Mitchell McClenaghan, but the following years saw the arrival of Mitchell Johnson, Mustafizur Rahman, Trent Boult, Marco Jansen and Jason Behrendorff among others.

The tactic worked like a charm: in the first four years of Jayawardene’s tenure, when MI won three titles, no franchise’s pacers had better numbers. 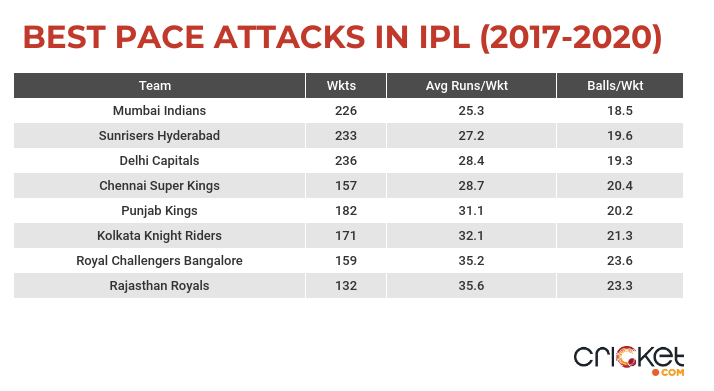 It was as integral to Mumbai’s dominance as the Indian batting core.

The franchise replicated the tried-and-tested method even in the IPL 2022 season where they finished bottom, purchasing the likes of Tymall Mills, Daniel Sams and Riley Meredith, but things did not go as per plan owing to a plethora of reasons.

But for the head coach that will take the mantle over from Jayawardene, the template is already there. If and when Jofra Archer regains full fitness, there’s a good chance that the strategy will go back to being lethal again.

Master of matchups and tactics: ahead of his time

Mumbai were a data-oriented side long before Jayawardene arrived, but the collaboration helped take the franchise to a whole new level. As good a squad MI had at their disposal, what truly made them a champion side was often staying one step ahead of their opponents by nailing tactics, putting numbers to great use.

“Data is obviously being used by pretty much all the teams. But for us, we realized that finding that data that makes us different or gives us the edge is the key,” revealed Jayawardene in an interview with Hindustan Times last year.

Teams across the world have now caught up, but MI exploited match-ups long before the phenomenon became prominent.

Take the IPL 2019 season, for instance. It was a campaign in which MI met Chennai Super Kings four times, and in each of the last three meetings, the Blues gave the new ball to Krunal Pandya, who turned the ball away from the two RHB CSK openers. 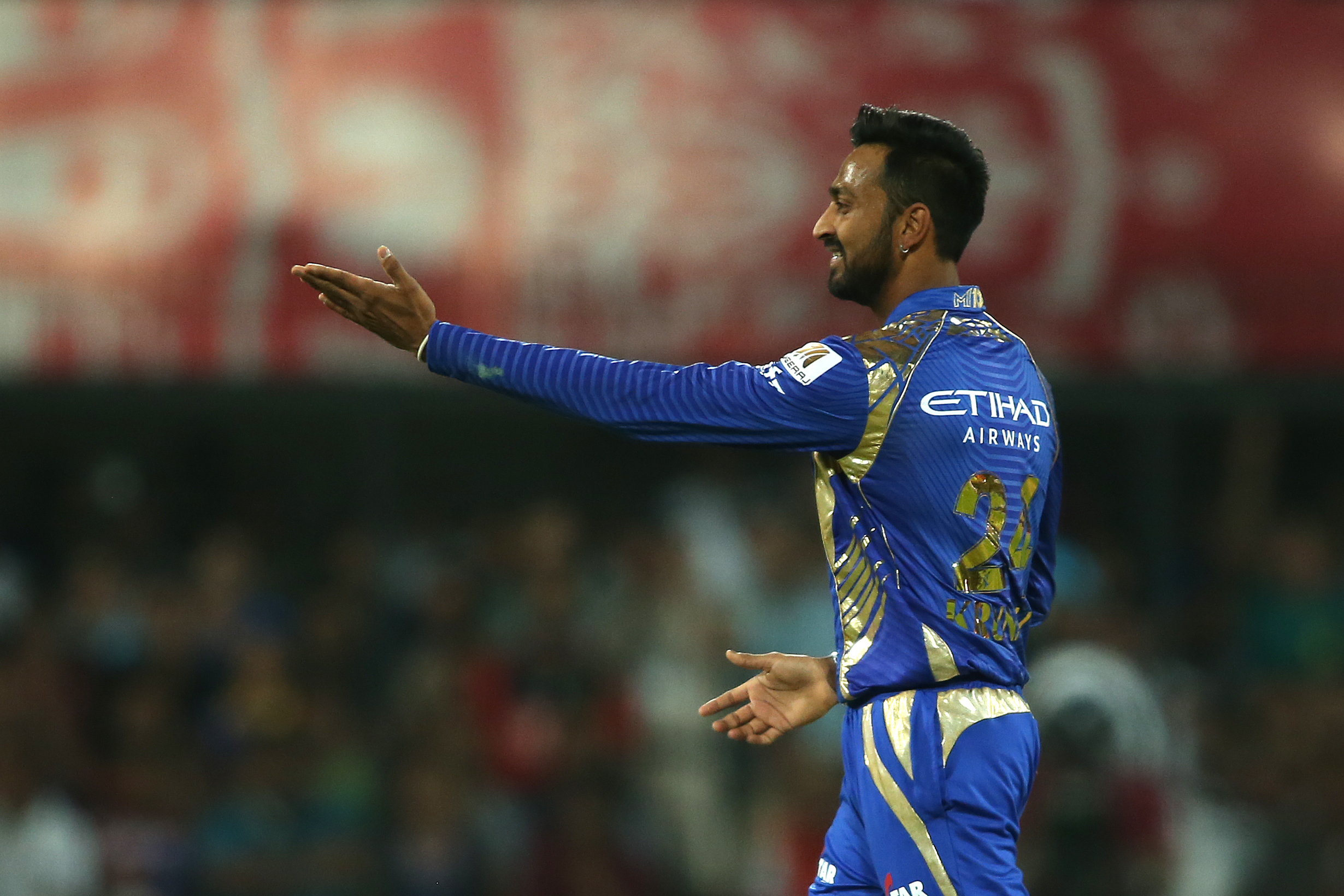 It proved to be a massive success, with Krunal removing one of the openers early in two separate matches, maintaining an ER of 6.00 in the powerplay across the three games. In fact, in one of the matches, realising CSK had a sole leftie in Raina, MI picked three spinners who turned the ball away from the right-hander, handing a debut to Anukul Roy (Rahul Chahar and Krunal being the other two).

More recently, a tactical masterstroke occurred in the final of IPL 2020 when they dropped incumbent Chahar to accommodate offie Jayant Yadav against an LHB-heavy Delhi line-up. Jayant finished with 1/25 off his 4 and removed Dhawan to vindicate the coach’s call.

On multiple occasions, Mumbai have also fiddled around with the batting order — sometimes throwing Krunal up the order — to counter match-ups. It would also be highly surprising if the franchise’s penchant for left-arm seamers isn’t something instigated by data.

Jayawardene’s role in all this cannot be downplayed. Last year, former Sri Lanka coach Mickey Arthur said how he was “struck by Jayawardene’s ability to analyze the game exceptionally well” after working alongside the 45-year-old during the T20WC, in which Jayawardene was a consultant for Sri Lanka in the first round.

Instilling ‘champion attitude’ and winning culture into the whole group 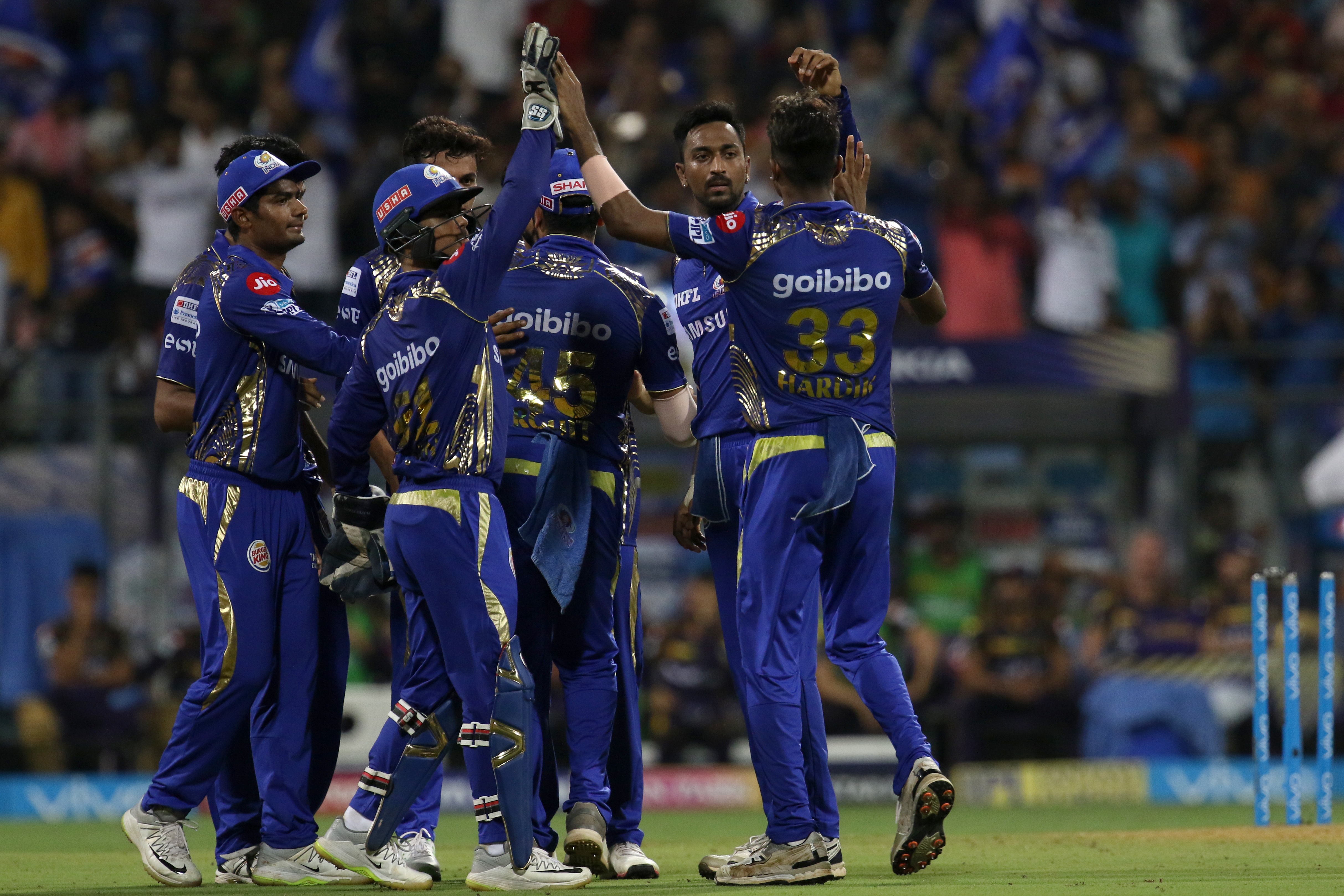 “If we are not motivated to keep getting better, keep evolving and keep challenging ourselves, I think there is no point for us getting together as a group.”

This was Jayawardene ahead of IPL 2021, after his side had just won back-to-back IPL titles. As good a tactician as the former Sri Lankan skipper was, he simply was a coach who knew exactly how to get the best out of his players by saying the right things. The winning culture Jayawardene instilled within the group, where he made it clear that nothing less than 100% was acceptable, can be seen in Cricket Fever: Mumbai Indians, an eight-part docu-series on Netflix that follows the 2018 season of the franchise.

Being a very strong franchise is one thing, but you don’t win three titles in the span of four years by simply being excellent on paper. You’ll have to push yourself to the limit and be unwilling to give up; MI’s triumphs in both 2017 and 2019 were a direct result of the players’ unwavering self-belief.

The culture Jayawardene created in Mumbai also extended beyond merely saying the right words. In the same interview with Hindustan Times, the 45-year-old explained why MI show a ton of loyalty to senior players existing in the set-up, and why they are careful about the individuals they integrate into the set-up.

“We like to have that core group, guys who have those leadership qualities, who are going to add value on and off the field. It’s not just about their personal performances. They have made other players better with their influence and challenged the younger players to improve.

“When they are adding value, it’s a much easier decision to keep those leaders in the group. Because you need leaders on the field. It’s difficult if you don’t have guys that understand the culture that we have created.”