I consider myself an allrounder: Rashid after CSK win 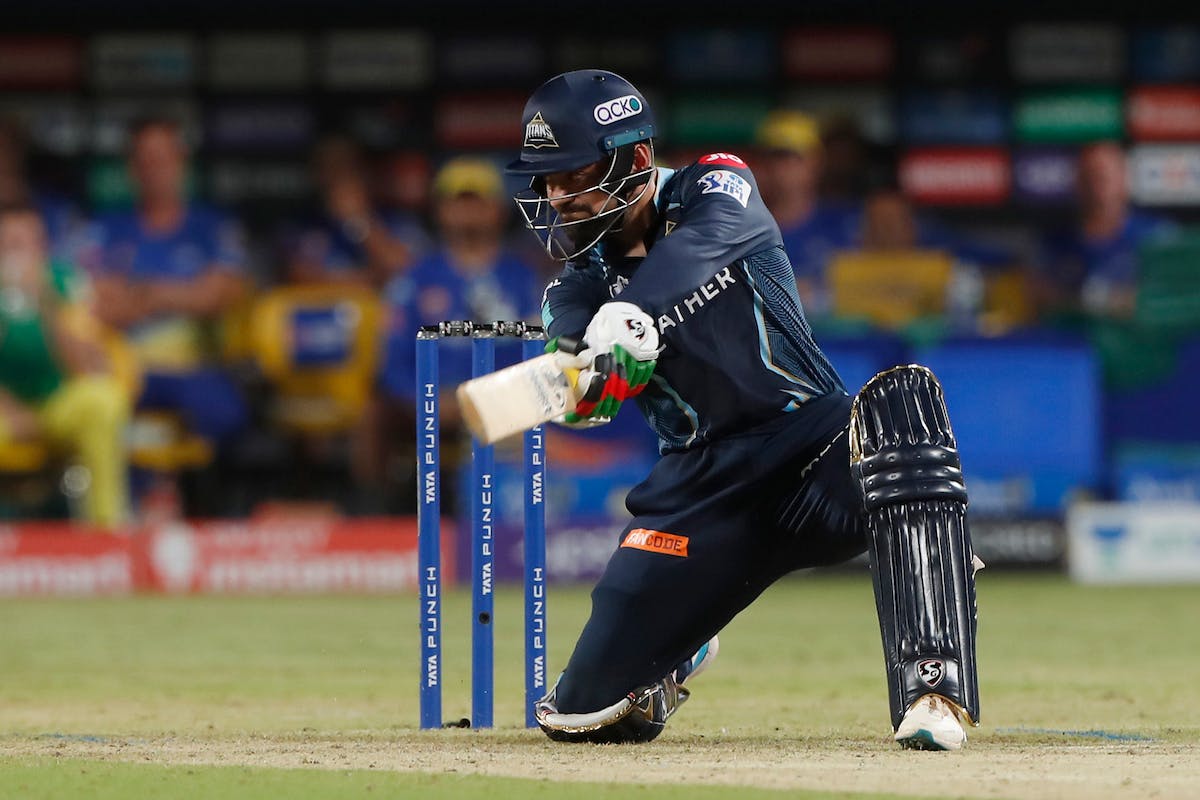 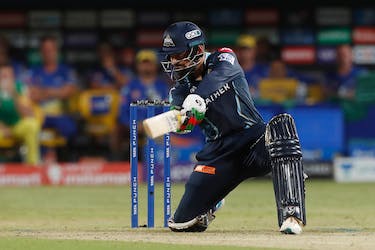 I consider myself an allrounder: Rashid after CSK win

Rashid Khan relished the thrilling win over Chennai Super Kings as Gujarat Titans' stand-in skipper on Sunday at the MCA Stadium in Pune. The Afghanistan international, alongside David Miller (94 not out off 51 balls), dug Gujarat from a near defeat situation with a stunning 40 off 21 balls, included 23 runs from Chris Jordan's 18th over.

The legspinner added nine more runs to his tally in the penultimate over by Dwayne Bravo before dismissed off the fifth ball. With 13 required off the final six deliveries, Miller smacked a six and received a life from a waist-length no-ball from Jordan before hitting a boundary and ran a two to cap off a thrilling win for the table toppers.

"It's a dream to captain the team, but overall the win made it memorable. Special to deliver it with the bat," Rashid, who stood in for injured Hardik Pandya, said in the post-match presentation.

Rashid felt the Gujarat, despite have a batter less in their lineup, have enough firepower to chase the target of 170 set by CSK.

"We wanted to take the game deep. We knew we can get 90 in 7 overs. We told David to go for it when the ball was in his zone. We have a good lower order that can hit the ball really hard," he said.

The 23-year old said he had always waited to fulfill his responsibility as an allrounder in the team.

"The discussion was that I haven't got to bat in first five games. I consider myself an allrounder, want to fulfit that responsibility. Yes we are going one batter short but Nos. 6 and 7 and so on need to take responsibility and finish it. I backed my batting skills and had a got discussion with Miller. Stayed focused and tried to hit the ball hard," he said.

CSK captain Ravindra Jadeja was crestfallen after the match which they dominated for the large portion. CSK had Gujarat on the edge with 87/5 after opener Ruturaj Gaikwad (73 off 48 balls) and Ambati Rayudu (46 off 31 balls) propelled them to a commendable total.

"We started brilliantly. First six overs were good as a bowling unit, but credit goes to Miller, played some good cricket shots. When we were batting, wicket was gripping and ball was holding so we thought 169 was a par score. But we didn't execute our plans in the last five," he said.

Jadeja backed his decision to hand the ball to Jordan after the England pacer conceded 58 runs for no wicket in his 3.5 overs.

"I think CJ is experienced so I thought let me go with him. He can bowl 4-5 yorkers. Unfortunately it didn't happen today, that's the beauty of T20 cricket," he said.