I don't see our bowlers demoralized by two losses: Rohit 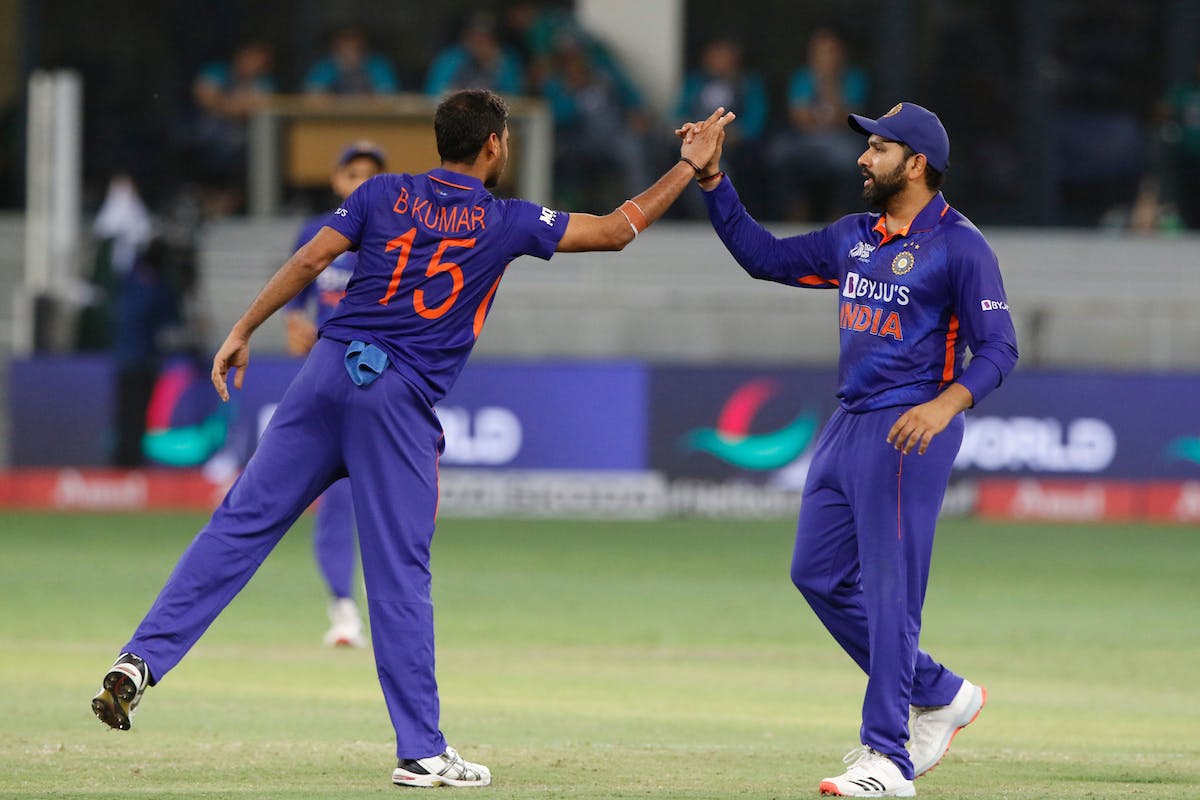 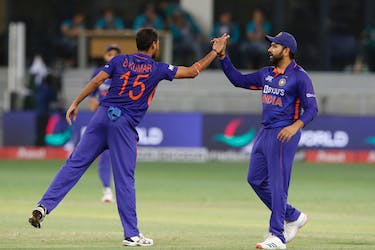 I don't see our bowlers demoralized by two losses: Rohit

India captain Rohit Sharma said that two losses in a row doesn't mean that the team has to panic as he assessed Tuesday's Asia Cup Super Four against Sri Lanka as an error in execution.

India put up 173/8 in 20 overs as Sri Lanka chased it down with one ball remaining after their openers Patthum Nissanka (52 off 37) and Kusal Mendis (57 off 37) put up 97 in 11 overs. Despite a three-wicket burst from Yuzvendra Chahal and one wicket from Ravichandran Ashwin, Sri Lanka captain Dasun Shanaka (33 not out off 18) and Bhanuka Rajapaksa (25 not out off 17) took them over the line.

"After just two bad results, we don't worry. The dressing room environment is not like that. The guys are chilled out. After World Cup (2021) we kept winning games on the trot but these are two losses which happened. These are normal things that happen," Rohit said in the post-match press conference.

After being put in to bat by Sri Lanka, India lost KL Rahul and Virat Kohli by the third over before Rohit (72 off 41) and Suryakumar Yadav (34 off 29) stabilized the innings with a partnership of 97. However, Rohit felt that 173 was a par score.

"The way we scored in the first six overs, we weren't able to play freely because we lost a wicket. We got momentum after that and we could've done well. We couldn't close out the game properly. But, 175 is a good score," he said.

Rohit felt that the partnership between Nissanka and Mendis took the game away from India.

"The start they got was the turning point. Being on the backfoot for 10 overs meant they needed 70-75 runs with 10 wickets in hand which is a difficult situation to come back from. Unfortunately, we were unable to execute our plans," Rohit said.

With 21 runs needed off 12 balls, experienced pacer Bhuvneshwar Kumar gave away 14 runs in his 19th over which brought down the equation to 7 runs from 6 balls. Hardik Pandya's 18th over also went for 12 runs. When asked if his pacers are demoralised from the defeat against Pakistan where they conceded heavily at the end, Rohit said there was indication of it.

"If you are defending 170 odd runs and we knew that chasing teams have an advantage here. We knew that if we dont get a wicket in the powerplay, it was going to be difficult. I can't see any fast bowler being mentally down or demoralised," Rohit said.

Rohit felt that multi-team tournaments have challenges of their own when it comes to planning.

"With bilateral series, you can anticipate the opposition to prepare in a certain way for the next game. In tournaments like this, there are different teams who come in with different plans. We have talked about it a lot and try to be one step ahead of our oppositions," Rohit said.