I gave my everything to play for Sri Lanka: Prabath Jayasuriya 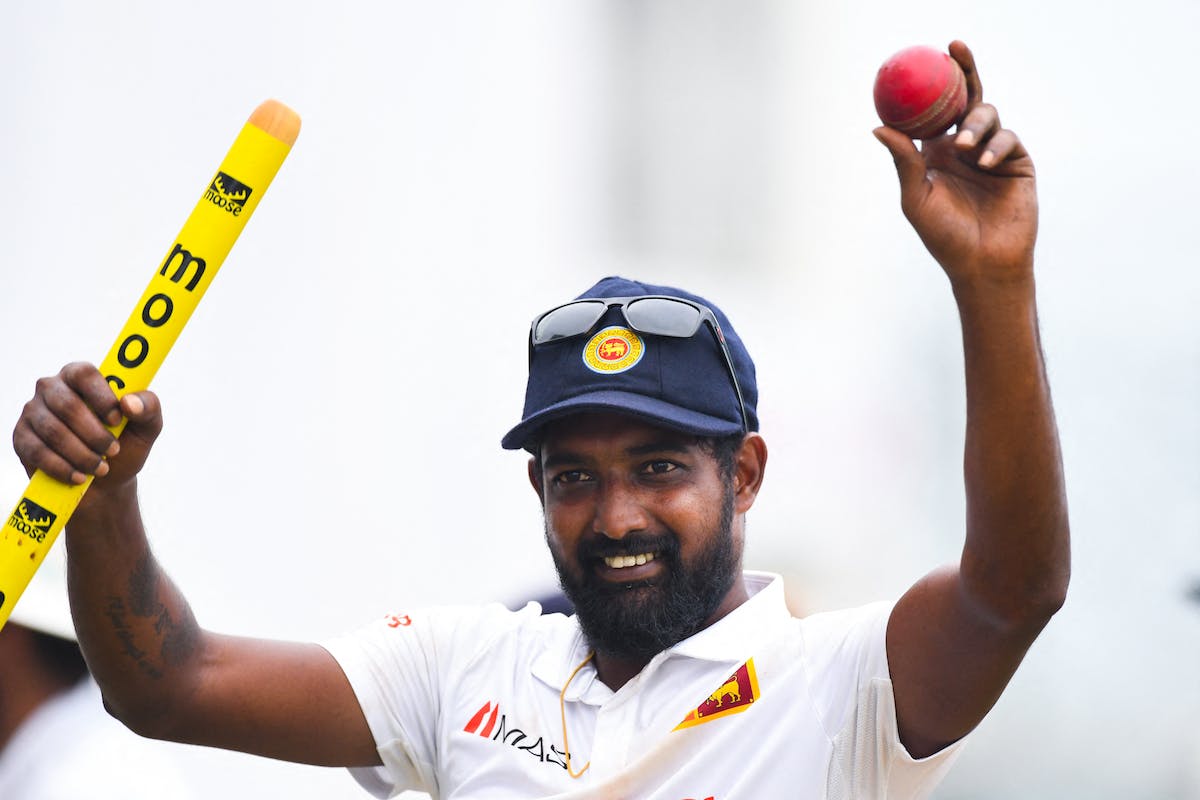 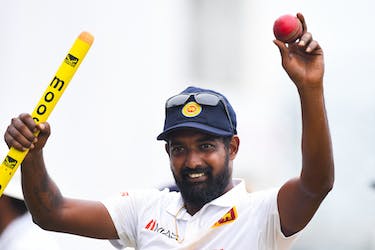 I gave my everything to play for Sri Lanka: Prabath Jayasuriya

Prabath Jayasuriya has now claimed 29 wickets from his first three Test matches. He narrowly missed out on the unique record of becoming the first bowler to claim fifers in his first four innings after finishing 4-135 in the second innings of the first Test against Sri Lanka.

Sri Lanka lost that match despite setting Pakistan a target of 342. But Jayasuriya came out trumps in the second Test, claiming 5-82 and 5-117 as the hosts levelled the series 1-1 with a 246-run win.

The left-arm spinner spoke about his struggles to reach the elite level at the age of 30.

"It hasn't been an easy journey. It was tough to come to Colombo for cricket, because I had no family there and I was alone. Lots of people helped me. Coach Dinesh Weerasinghe helped me, and I played for Colts and SSC," he said on Thursday.

"I had financial problems as well. I had to balance all that, and didn't want to put pressure on my family either. I had opportunities to play outside the country, but my motivation was to play for my country and play Tests. I gave my everything towards that goal and have some success now," Jayasuriya said.

Set a stiff target of 508, Pakistan looked like batting through the final day, but Jayasuriya and Ramesh Mendis (4-101) ran through their batting to set up the win. The highlight of the day was Jayasuriya's dismissal of Mohammad Rizwan with an arm ball that rattled the off stump.

"On any pitch that turns, you can often get a lot of wickets with the ball that's hitting the stumps. The batter is looking for the one that turns, and you've got a big opportunity to get him with the straighter one. You can't bowl it all the time. You'll get more out of the straight one if you show the batter how much it spins first, and put that doubt in their minds. Then you can use the straight one," Jayasuriya explained.

"With that Rizwan delivery I came close to the wicket to bowl it. Usually I have been bowling wide of crease. When I pitched it wide of him, he probably figured that it was going to turn away but it didn't."

Jayasuriya also spoke his bowling partnership with Mendis who struggled in the first Test, but came back strongly in the second Test.

"What he and I talked, with the coach and the captain, was to make sure we keep the pressure on from both sides. When that happens an end opens up. If you're leaking boundaries from one side, it's tough to get wickets. I think we kept the pressure on really well, and when Ramesh was getting wickets, I made sure to bowl tightly," he said.