I knew I could take the match deep and win it: Tewatia 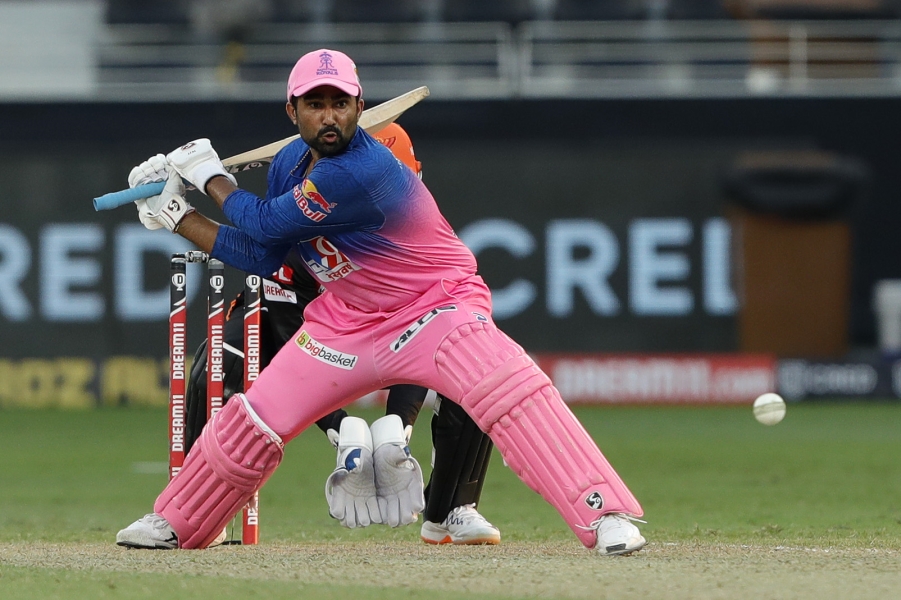 I knew I could take the match deep and win it: Tewatia

Rahul Tewatia always had self belief that he can take the game deep during tough chases and win it for his team, something he did for the second time in this edition of Indian Premier League.

Tewatia helped the Royals eke out a five-wicket victory against Sunrisers Hyderabad with a 28-ball 45 not out to snap their four-match losing streak in the IPL.

Tewatia recently hit five sixes in one over from Sheldon Cottrell during an eaarlier game against Kings XI Punjab, which catapulted him into national fame.

"The wickets were falling so I just wanted to hold one end up and wait for the boundary balls. I knew if I keep my self-belief and take it deep, I could pull it off," Tewati said at the post-match presentation.

"I told Riyan (Parag) that the wicket was playing slow and the deeper we take it, the better our chances, even if we needed 50 off the last 4 because we have the shots," added Tewatia who was adjudged man of the match.

Talking about the chat he had with Riyan Parag, who also remained not out on 42, in the middle, Tewatia said, "Riyan asked me what to do. I told him to respect the good balls and take singles, and I could take on the attack.

"Against Rashid, I saw the opportunity to play the reverse sweep and took it."

He said he was relishing the role given to him by the team management.

"This was the role given to me and it was clear from a long time. I was batting well for a while and I was confident and was hitting them well when we played practice games. So it's easy when you know your role."

Asked about an incident involving SRH bowler Khaleel Ahmed, he said, "No big deal, we just got taken away in the heat of the moment.:

"I don't think it was the easiest wicket and the square boundaries are quite big too. So great composure from Parag. Proud that he could come back in and score some runs straight up," said the star Australian batsman.

"Stokesy obviously didn't come off tonight. Our top four didn't fire, but today we showed our depth. With Stokesy back, it brings a nice balance to us. He's been impressive, hasn't he? Just thrives in pressure situations. You bring in his bowling and fielding to it and he's a terrific player for us."

SRH captain David Warner admitted his team did not play its best.

"... we didn't mis-execute, but some of the decisions at the top of the mark weren't there. And we probably bowled the wrong ball at the wrong time," he said.

"But lots of positives coming out and we'll take it on to the next game. We need to work out as these wickets get tired, how to bat through the first 6 and the middle, and then assess with our bowling."

Asked why he chose to hold back spinner Rashid Khan longer, Warner said, "We've done it in the past, we've held him back and try and nullify some runs, but these two (Tewatia and Parag) played exceptionally well."