Was telling myself I was not done yet: Karthik 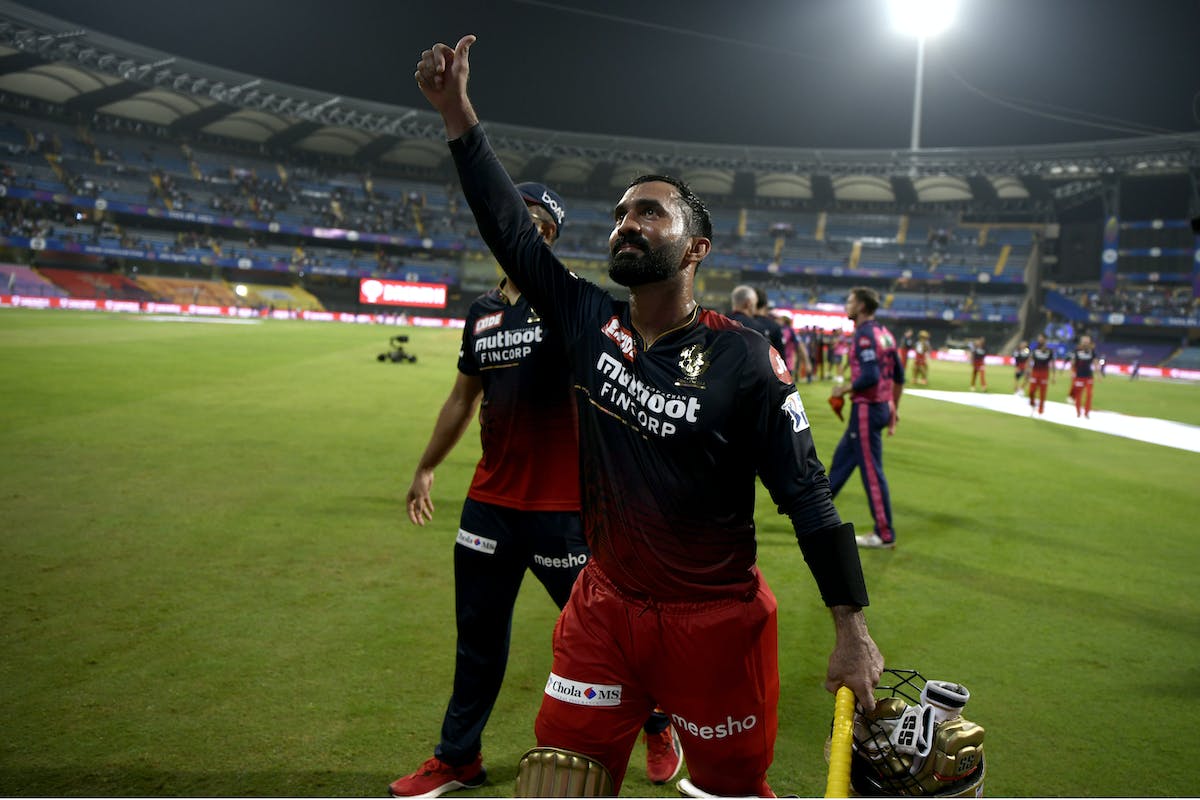 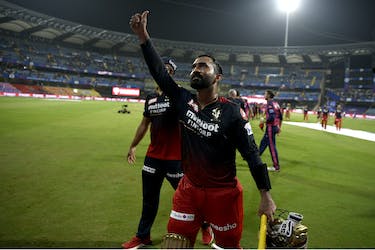 Was telling myself I was not done yet: Karthik

Dinesh Karthik felt that the countless hours of training are yielding results following his stunning efforts of 44 not out off 23 balls helped Royal Challengers Bangalore beat Rajasthan Royals at the Wankhede Stadium on Tuesday.

Karthik walked in when RCB were reeling at 87/5 in 13th over and turned the match around with a 73-run partnership in 50 balls alongside Shahbaz Ahmed (45 off 26 balls).

"I made a conscious effort to do justice to myself. Felt I could have done better in the last few years," the Tamil Nadu batter said in the post-match presentation.

"The way I've trained has been different. I was telling myself I'm not done yet. Made an effort to play white-ball cricket, practice matches and scenarios. Those are the hours you put in when no one sees. The real work is done in the lead-up, which is what I'll give credit to," he added.

RCB skipper Faf du Plessis was full of praise for the senior keeper batter, who had also guided RCB to a thrilling three-wicket win in their previous match against Kolkata Knight Riders.

"That's one out of the hat. To pull it out of nowhere you need some good characters, and DK is as big a character as you can get," the South African said.

Speaking about Shahbaz, Du Plessis hoped that they will see a big bowling performance for the left-armer with the ball as well.

"He's a skinny guy but he hits a long way, and he's got a clear gameplan. I believe he'll play a big part with the ball, too," Du Plessis said.

Du Plessis was of the opinion that his team had bowled well until the 19th over before Jos Buttler unleashed his big shots to take RR to 169/3 in 20 overs.

"I think we bowled really well up until the 19th, then Jos got some shots in with the bowlers under pressure. Got them a score just above par," he said.

When asked where the game was lost, RR skipper Sanju Samson said: "I can't pinpoint a moment."

The wicketkeeper felt that 169 was a good total to have on board with dew playing a huge factor in the second half of the match.

"Great effort to put in that total, after losing the toss. Think it was a respectable score, but when the dew is coming up... I think it's a great effort by my team," he added.