I worked on my game after lockdown: Deepti Sharma 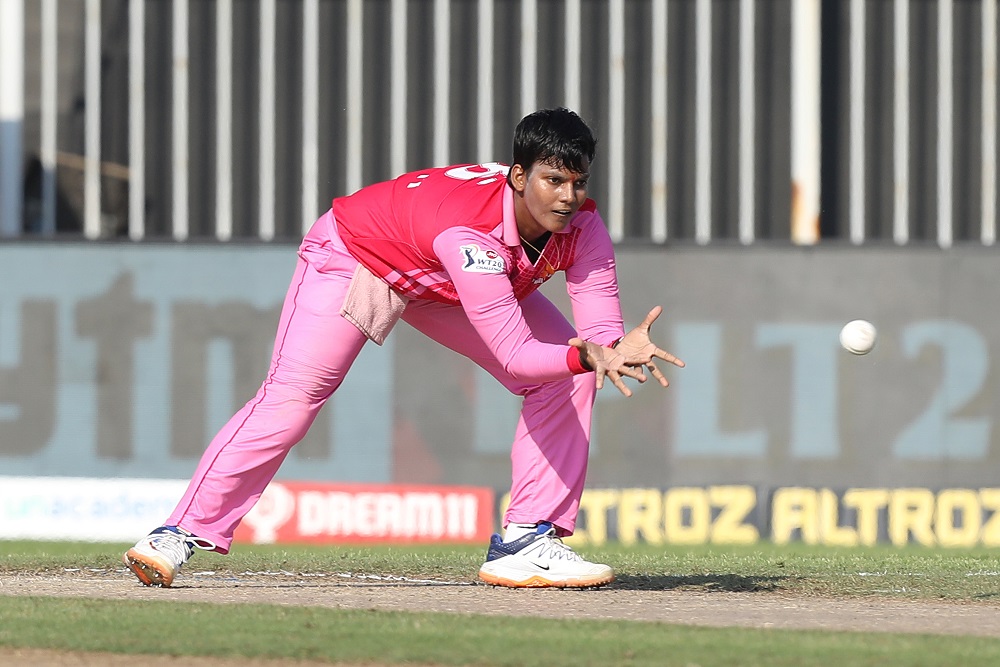 I worked on my game after lockdown: Deepti Sharma

After an unbeaten knock that nearly won the game for her side, Sharma reflects on the improvements in her game during the lockdown

Indian women's team all-rounder Deepti Sharma has said she has worked on her game after the coronavirus-forced lockdown and is executing her plans in the ongoing Women's T20 Challenge here.

Representing Trailblazers, Sharma scored an unbeaten 43 in their match against Supernovas on Saturday (November 7), but could not help her team to victory.

"After the lockdown, I worked a lot on lofted shots and inside-out shots and I was able to apply it here," she said at the post-match press conference.

"Obviously, the wicket is a bit different to [from] Indian wickets. They are slow and low but I don't think it should matter much. You just have to watch the ball and hit the ball," she added.

Sharma said the Trailblazers would work hard and rectify the mistakes when the two sides meet in the final on November 9.

"Small mistakes... in fielding, bowling. We will work in our practice session and will look to rectify the mistakes we made today, in the next game," she said.

"Overall we did well. Winning or losing is part of the game."

She said 146 was a good score to chase as the ball was coming on to the bat even though some of them kept low.

"146 was a good score. Actually, the pitch here is usually slow and low. But today the wicket was good and the ball was coming on the bat, some balls were keeping low. Ideally, this was a good score to chase. It was good that we took it close," Sharma said.

Supernovas medium-pacer Shakera Selman, who took two wickets including that of fellow West Indian Deandra Dottin, said it felt good to reach the final after losing the tournament opener.

"Feels good to reach the final. Supernovas are known for losing the first game and then winning the competition, so hopefully, we can repeat that," she said.

The West Indies cricketer said she was happy to be playing in these extraordinary times.

"It's been a great experience, very happy to be playing in these times. West Indies and England players have an advantage but Indians and other overseas players are also playing well," Selman said.

She said they were confident about defending the total after having made 146 for six.

"We were still confident. We knew where we went wrong in the first game and we had the confidence that we could defend this total," Selman said.

"We are going to focus on their main batters. They obviously got depth in the batting and we saw that today," she said.