I would like to see player trades happening during the season: Sanjay Bangar

I would like to see player trades happening during the season: Sanjay Bangar

The former India batting coach and once coach of KXIP, Sanjay Bangar touches upon coaching and other topics in this exclusive interview

Your thoughts on Anil Kumble’s statement of there being not enough Indian coaches in the IPL? You were like Anil, one of the rare Indian head coaches.

Anil has occupied a lot of important positions at ICC. During his playing days, he worked towards getting players a better revenue share. So whatever he says carries a lot of substance. (As far as his recent comment on Indian coaches in IPL is concerned) Ultimately, the choice falls on IPL owners whom they want to appoint but I believe if somebody is capable enough and possess the necessary skills in terms of what the demands are then he should not be sidelined purely because of perceptions that an Indian is not capable of doing that job.

There are many assistant/support Indian staff but why does it take long to graduate into a head coach?

I don’t find a specific reason in that sense. It varies from individual to individual. Even if you see the current coaching staff of the Indian team, for the last 5 years has been largely Indian and the team has performed exceptionally well. I think all the Indian coaches working in the IPL should also introspect which areas they may have to improve upon to take up leadership roles as they are well placed to work with a group where 70 percent of players are Indians. A bit of introspection is (also) needed from the Indian coaches (on) why can’t they take the next step as worldwide Indian leaders are sought (over) by the biggest organizations in leadership roles.

Talking about this IPL, who are the coaches you think will have an impact on the team?

Except for Brendon McCullum and Andrew McDonald, all other coaches have IPL experience. They would like to leave a mark because they are new to the IPL coaching job.

There is a one group of coaches this IPL like Andrew McDonald, Simon Katich, Trevor Bayliss who are not high profile names but effective coaches while on the other hand you have Brendon, Ponting, Mahela and others who have been high profile players themselves. What works in coaching? Your profile as a player or your body of work as a coach over the years?

I would say people who have been excellent performers in international cricket then the entry for them straightaway to the top position is easier. As for other coaches (who may have been low-profile as a player) their body of work also matters a lot, for someone like a Trevor Bayliss whose work has taken him to where he is. It’s been a long grind for him. See, there are two ends of the spectrum. Ultimately, IPL is a lot about strategy at the auction table, tactics and man management during the tournament.

Any coach who has impressed you most in IPL in terms of technical nuance, strategy etc?

I think (it has to be) Tom Moody because whatever work he has done with SRH. He was somebody (who) based his team (strategy) around the bowlers. That is something he did and at SRH he was his own man and for that I have a lot of respect for his work with SRH. 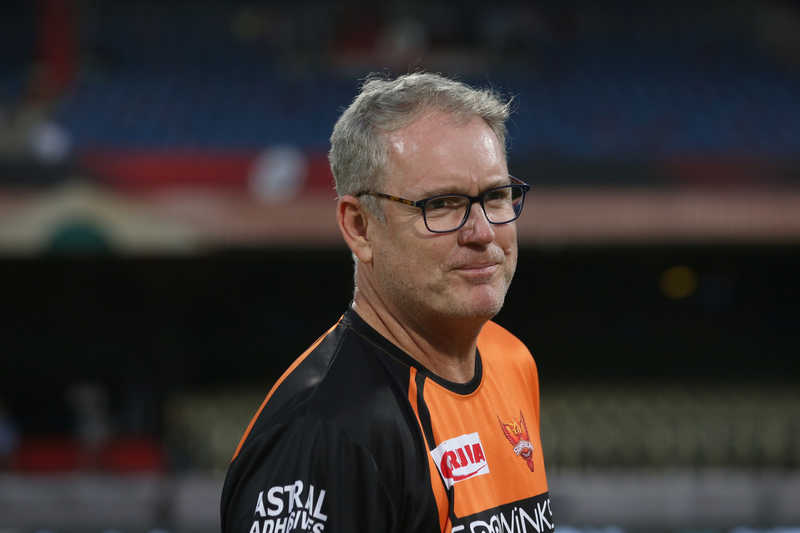 Do you miss coaching? You were with the Indian team for five years.

Yeah, because it’s very close to my heart. Obviously, this period of not (being) involved in coaching gives me time to take care of my family commitments as they had to sacrifice a lot when I used to be on national duties. Currently, I am enjoying my (new) role as a presenter and commentator for STAR Network.

Any changes/bold moves you want to see in the IPL?

I am not absolutely sure about current rules and regulations but what I know (pauses for a long time) probably, last time there were rules changed regarding allowing trading of players during the season. I would like to see how teams go about it. Because (I think) that is something which can be done at a larger scale.

Any team you think will have more of an advantage while playing in a neutral place like the UAE?

IPL is a very competitive league in the world where competition is even because of the strengths of the squads. One always looks to keep all bases covered. From that perspective, I can’t single out one particular team. Most teams have done their homework but no team is perfect either. It will be about working on the teams’ inherent strength to overcome the disadvantage of (any) weak links.

Kings XI Punjab reached the IPL 2014 final under you, their best-ever result in the competition, do you think your former team-mate Anil Kumble can do even better with the current team?

Anil has been India’s greatest match winner and under him, they will do better because of the kind of experience he possesses in terms of tactics, strategy. I am pretty sure that if the team gets a good start then they can take the team to the next level in the league.