I would lose all my hair by IPL end: Hardik Pandya 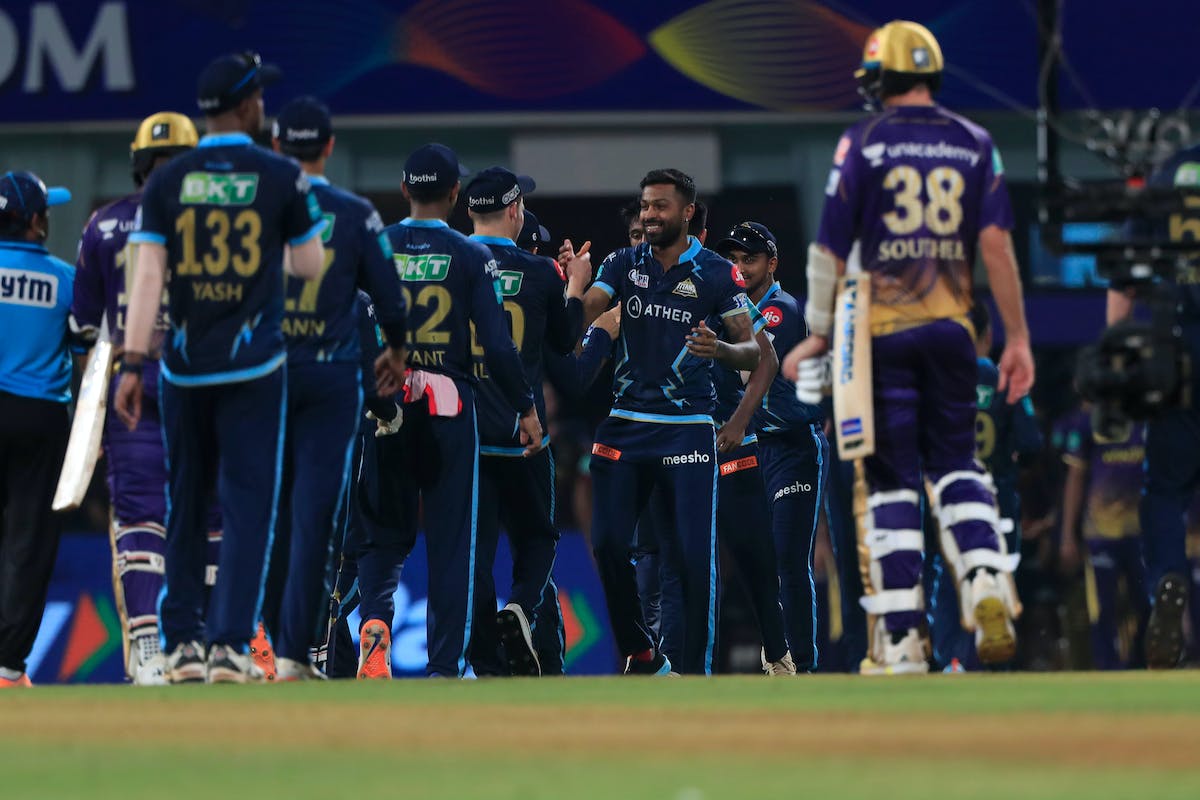 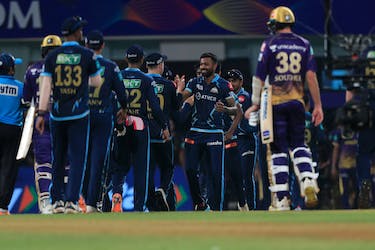 I would lose all my hair by IPL end: Hardik Pandya

Gujarat Titans captain Hardik Pandya endured several nervous moments yet again in the Indian Premier League (IPL) 2022 as his team defended a total of 157 against Kolkata Knight Riders. His team got over the line against Rajasthan Royals courtesy of a final ball six by Rahul Tewatia and at the DY Patil Stadium on Saturday, they survived an brutal onslaught by Andre Russell to eke out a win by eight runs.

" I said by the time the tournament is over I would lose all my hair," Pandya joked in the post-match presentation.

"As a team we've been under pressure but the boys stepped up and showed their character," he added.

With 29 runs needed off the final two overs, pacer Yash Dayal gave away 11 runs before Russell hit Alzarri Joseph's first ball of the final for a six. The Jamaican then launched him to deep square leg where Lockie Ferguson took a fantastic catch to settle the tie in Gujarat's favor.

"I fancy on defending and having Rashid Khan and Lockie Ferguson changes dynamics. Shami in the powerplay, Alzarri bowling the way he bowled, Yash has bowled a no ball for the second time and he will get better. When that happened, we were like that game would have been over and it wouldn't have gone this close," Hardik said.

Hardik scored his third fifty on the trot after walking in at No.3, but Gujarat lost a flurry of wickets in the final three overs as they struggled to put up a big score. Speaking about the opening combination of Wriddhiman Saha and Shubman Gill, Hardik said: "I'll play against the odds, it hasn't come so far and must be around the corner. We're backing them and in the middle we're managing alright. Once they kick-in it'll be wonderful."

"We have three days and I will go back and focus on the things I can control. I thought we were ten-twelve runs short. But I back my bowlers," he added.

KKR captain Shreyas Iyer felt his bowling unit conceded more than a few runs as his team succumbed to their fifth loss of the season.

"The way we started in the powerplay while chasing and even with the ball. We shouldn't have conceded that much in these conditions. I think 160-165 was a decent score and we did well to keep them below that," he said.